France, Italy ratchet up rhetoric amid migration dispute | Europe | News and current affairs from around the continent | DW | 24.01.2019

France and Italy are no strangers to a diplomatic war of words. However, a dispute over migration, against the backdrop of rising nationalism, has driven modern ties between two of the EU's biggest members to a new low. 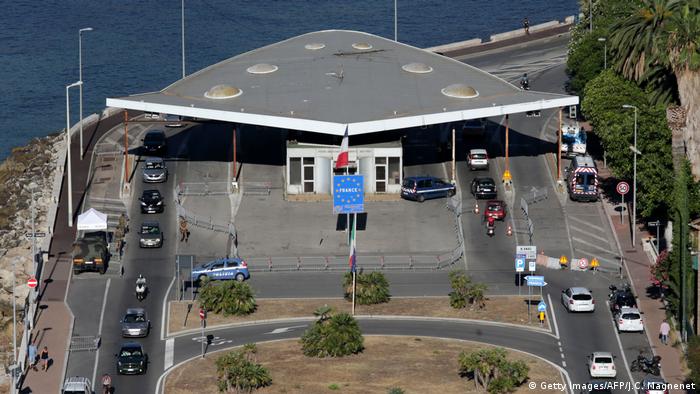 "The dealings between French and Italian leadership haven't been this bad since the war," columnist Aldo Cazzullo argued in the Italian daily Corriere della Sera. His opinion was not a reaction to the latest verbal attack on French President Emmanuel Macron from Italy's far-right interior minister, Matteo Salvini. In fact, Cazzullo wrote that line back in June 2018.

Last summer, the anti-immigration Salvini, who heads the far-right League party, closed Italy's ports to ships carrying refugees. When Macron referred to right-wing populism and xenophobia in Europe as a "lesion," Salvini cried hypocrisy because France, too, was denying refugees entry.

Macron said that Italy did not have a migration problem, only a "political crisis." That led Italy's Foreign Ministry to summon the French ambassador to Rome, a rather rare move between friendly governments within the European Union. Despite the row, Macron welcomed Italy's somewhat more measured prime minister, Giuseppe Conte, in Paris (pictured at top). However, diplomatic contact between the two countries has since been kept to a minimum.

Salvini and Luigi Di Maio, who leads the populist anti-establishment Five Star Movement, the League's coalition partner in Italy's government, have been hitting out at Macron especially hard ever since the rise of France's "yellow vest" protesters in December. Salvini is a supporter of that movement, he's repeatedly said, and has called Macron a "terrible" president who needs to be removed. Di Maio, meanwhile, said "French colonialism in Africa was fueling immigration." 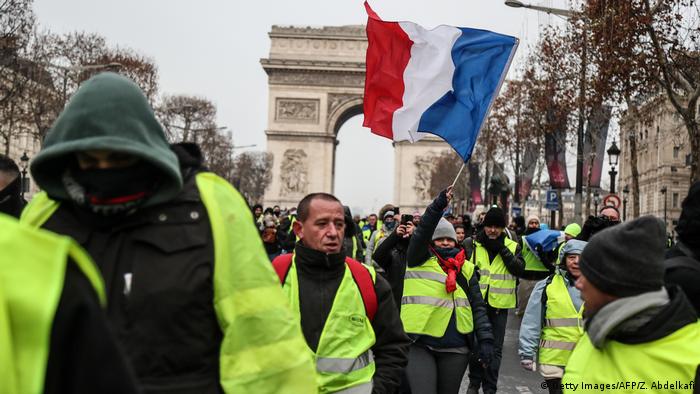 In the wake of Salvini calling for Macron to step down, a significant breach of diplomatic decorum, the French Foreign Ministry summoned Italy's ambassador to Paris. France's Europe minister, Nathalie Loiseau, said her country would not be drawn into a "stupidity contest." Macron has remained largely silent in public.

The atmosphere is nonetheless caustic. Officials in Italy say the European Commission is playing favorites with France — that the French and Italian governments suffer from similar debt woes, but the EU is only scolding the latter for them. The EU has a "double standard," Italian officials in Brussels say, pointing to the fact that a Frenchman, Pierre Moscovici, serves as the European commissioner for economic and financial affairs.

This is not the first time the issue of migration has come between Italy and France. In 2011, then-Italian Prime Minister Silvio Berlusconi and then-French President Nicolas Sarkozy accused each other of pushing migrants across their common border. When France closed its border, Italy issued temporary visas allowing migrants to move freely within the Schengen Area, to which both Italy and France belong.

Tensions have only worsened in the wake of those two countries' current governments taking power, and there appears to be little chance of compromise in sight. The Five Star Movement's Di Maio has accused France of hindering peace in Libya, Italy's former colony, to secure French access to oil. The energy firms involved, France's Total and Italy's Eni, denied that claim.

"The French president has become Salvini and Di Maio's target because he embodies much of what they are against," Swiss newspaper Züricher Tagesanzeiger wrote in an editorial. Macron wants to reform his country and is looking to work with the EU and the German government, the newspaper added, while Salvini and Di Maio want to weaken the EU for the benefit of individual nations. In short: liberal Europe versus illiberal nationalists — and an escalation in tensions between the two sides is all but certain, at least until the European Parliament elections in May.