The 2019 budget agreement reached between Italy and the EU is likely to ease market concerns. Rome and Brussels had gone head-to-head since October over the original high-spending fiscal plan. 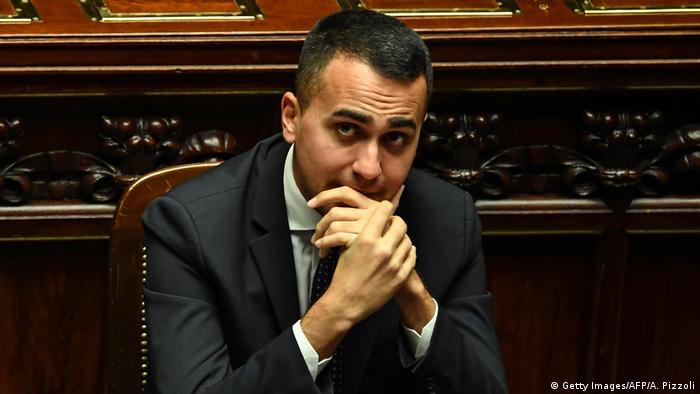 The coalition of the anti-establishment 5-Star Movement (M5S) and the far-right League passed the bill, with 327 deputies voting for and 228 against it, and one abstention. A final vote in the lower house to approve the budget is considered a formality.

Italy redrafted its big-spending budget and cut its deficit next year to 2.04 percent of GDP after the EU rejected its original 2.4 percent target as a violation of fiscal rules. This year's deficit was 1.9 percent.

Saturday's vote was marked by heated debate between the populist government and the opposition, which claimed it had had little time to examine the deal with Brussels ahead of a December 31 deadline.

In a tussle that unnerved markets and threatened the eurozone, the European Commission in October rejected Italy's budget, which promised a universal basic income and scrapped pension reform.

Italy has now agreed to reduce the cost of both measures to avoid significant increases of its €2.3-trillion ($2.6-trillion) debt load. Italy's public debt stands at 131.7 percent of GDP — more than double the EU ceiling of 60 percent. It's projected to fall to 130.7 percent next year.

The 2019 budget includes a toned-down income support scheme known as "citizens' wage" and a lowering of the retirement age. It also includes tax cuts for the self-employed as well as higher taxes on banks, insurers and gambling. Low-income earners are also eligible to settle back taxes by paying a small fine.

Prime Minister Giuseppe Conte called the budget "the first step of a broad and ambitious plan of reform" that would help kick-start the eurozone's third-biggest economy and reduce unemployment.

The prospect of a budget clash between Italy and the EU had spooked markets and driven up bond yields. Italy's failure to reach a deal could have risked a fine of up to 0.2 percent of GDP.

Since coming to power seven months ago, M5S and the League have seen their popularity rise to around 60 percent.

The European Commission's new rejection of the Italian budget is the first step in disciplinary procedures that may lead to hefty fines. In its report, the Commission said Italy has "seriously violated" EU budget rules. (21.11.2018)

Brexit: UK to restart trade talks with EU after threatening to quit 2h ago