Attacks on reporters by France's so-called yellow vest protesters are an expression of long-simmering anger. They want the media to change, while journalists say the demonstrators also need to do some soul-searching. 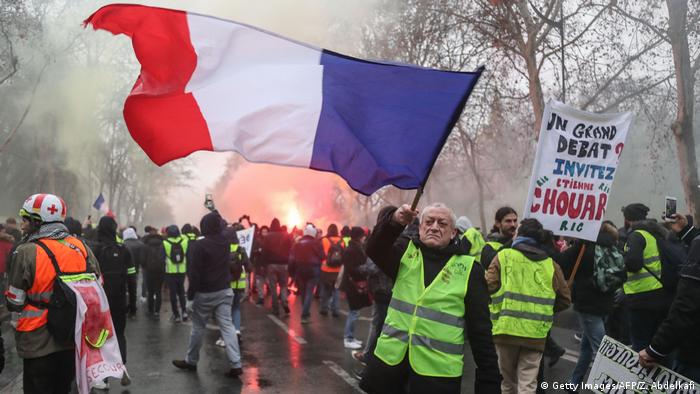 The kick in the abdomen caught Alain Morvan unawares. It hurled the journalist onto the road, where cars were driving just meters away at the roundabout in Longeville-les-Saint-Avold in eastern France. His attacker, a "yellow vest" protester, kept trying to hit him, but other demonstrators held him back.

Morvan, a reporter at regional daily Republicain Lorrain, had wanted to take a picture of the protesters when his aggressor told him not to, their faces just centimeters away from each other. Morvan said he was a journalist, but that seemed to provoke the man even more and to push him to unleash his anger.

"I am deeply shocked and still don't understand why this happened — especially as I had already interviewed these protesters three times. Many of them knew me," Morvan told DW. The 47-year-old has pressed charges for assault and been on sick leave since the attack on January 18.

Like him, at least a dozen reporters, camera operators and their security guards have been physically assaulted and many more verbally abused since the protests started 10 weeks ago: by demonstrators that first took to the streets against new fuel taxes and are now — since the tax hike was canceled — revolting against the political elite and government policy.

Over the weeks, their anger against the press has intensified, says Christophe Chalencon, a protester in the southern Vaucluse department. 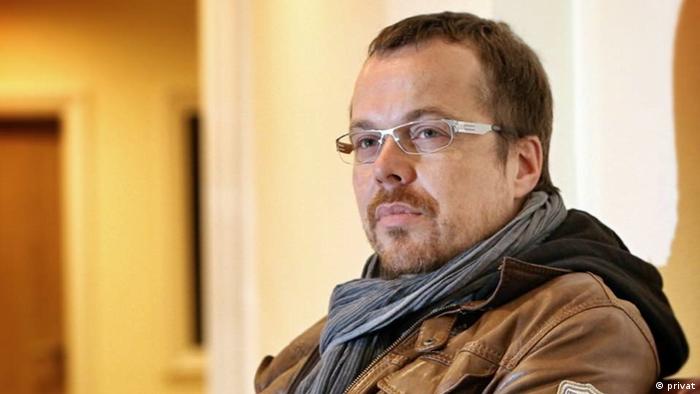 "We need the media to spread our demands, and they shouldn't lash out at them," he said. "But for many of my fellow protesters, journalists embody the elite that disregards them. They have been waiting to be heard for decades. Now, the journalists finally come, interview them for half an hour and include only 30 seconds of that in their reports, sometimes in a way that distorts what the protesters actually meant. That's why many who thought they could finally tell the world about their worries now feel betrayed."

They are not the only ones suspicious of journalists. Trust in the media is at an all-time low according to a recent poll by Kantar Sofres on behalf of La Croix daily. Only 38 percent of the French believe what TV programs tell them, 50 percent believe radio programs, and 44 percent the written press.

"When I was working at a ministry in the 90s, it was taboo to publicly attack the media; they were seen as crucial to a functioning democracy," he said.

"Now, politicians from all sides — the far left and the far right, but also President Emmanuel Macron himself — seem to consider it normal to name and shame journalists."

Sociologist Yves Patte, who has been observing the developments from neighboring Belgium, says France is facing a crisis of confidence. "The French feel left behind by the system. That's represented by politicians and the media, which keep organizing lofty TV debates between intellectuals instead of inviting real people," he said.

He added that the yellow vests were practically the first "regular" people to be invited to appear on such shows.

"What's more, French journalists are a lot less feisty with politicians than for example their British counterparts. That creates an impression of collusion." 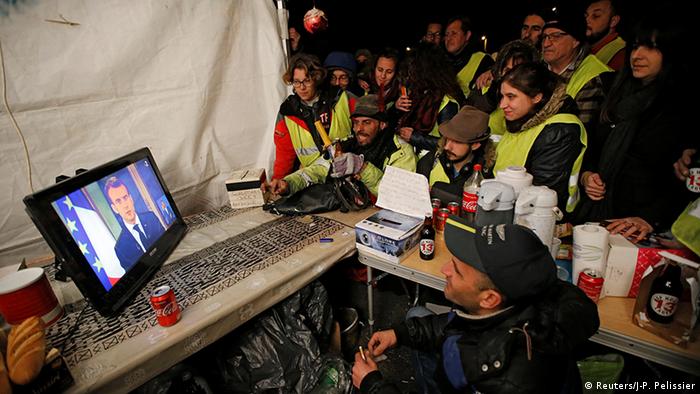 French TV is dominated by representatives of the country's elite

He believes the media should change its ways.

"They need to bring in the guy next door and better explain their methods."

Media has a job to do

Celine Pigalle, managing editor at BFMTV, a rolling news channel, has been taking the criticism into account. Journalists from BFMTV have become the preferred targets for protesters, who feel the channel is the government's mouthpiece and makes the protests appear more violent than they are by showing loops of pictures of protesters clashing with police.

"We are planning to do more in-depth reporting and 'the making of' stories and replace loops of protest images with stills," she says.

But she adds that demonstrators also need to understand that journalists can't just hand them the microphone without challenging their views as some protesters seem to expect.

"It's the very essence of our job to oppose points of view. And in any case, physically attacking a journalist is just unacceptable."

Print reporter Morvan agrees, adding that the yellow vests would never have become significant without the media. "We have done pages and pages about their lives and their demands. They are choosing the wrong target: We are not the government, and it's not in our power to implement their demands."