Full speed ahead: Italy reopens borders | Europe| News and current affairs from around the continent | DW | 03.06.2020 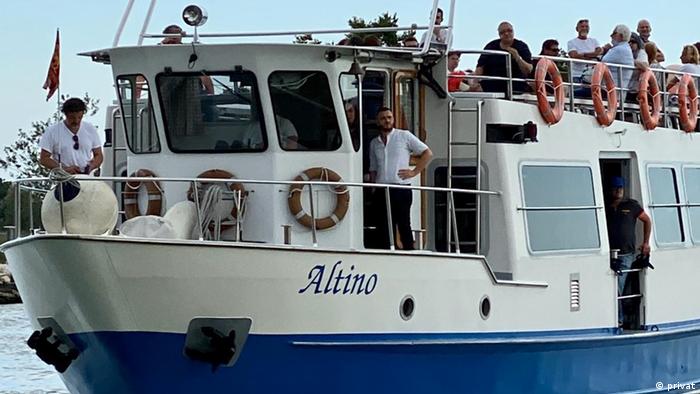 For almost three months, the Navigazione Stefanato company's excursion boats were firmly moored at the quay in Casale sul Sile near Venice, forced out of action because their captains were not allowed to leave their homes. "We're glad that we are finally getting started again," Glauco Stefanato and Nicolas Cortese say. The first cruise — for Italian guests only — is headed to the islands of Burano and Murano in the Venice Lagoon. The company estimates it will be a long time before the first foreign tourists return to the Venice region, even though Italy reopened its borders to EU citizens on Wednesday.

"We are hopeful because we already have a number of reservations for the summer," says Aljoska Stefanato, who works for the small family operation. The company managed to stay in business despite the loss of about € 70,000 ($ 79,000) in second-quarter revenue. Other companies that sailed mainly Germans, Austrians and Americans to Venice, yet were not as well-prepared financially, have shut down for good. 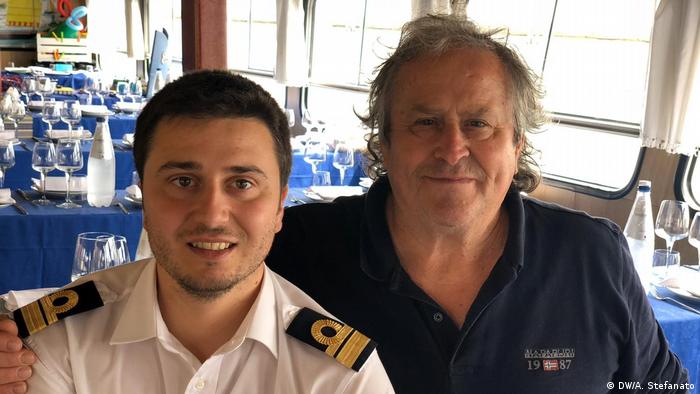 Captains back at the helm: Glauco Stefanato (r) and his grandson Nicolas Cortese

Only one-out-of-four hotels in the region has reopened, and many restaurants and bars are still closed because new hygiene rules require more staff and effort. It will cost the Stefanato company about €500 to have the excursion boat disinfected by specialists after the tour.

"When we serve guests, we have to wear masks," says Aljoska Stefanato, adding that the change takes some getting used to. Venice and the islands in the lagoon are bound to attract tourists again on weekends, with many Italians seizing the opportunity to take a day trip after not being allowed to travel within their own country for almost three months. 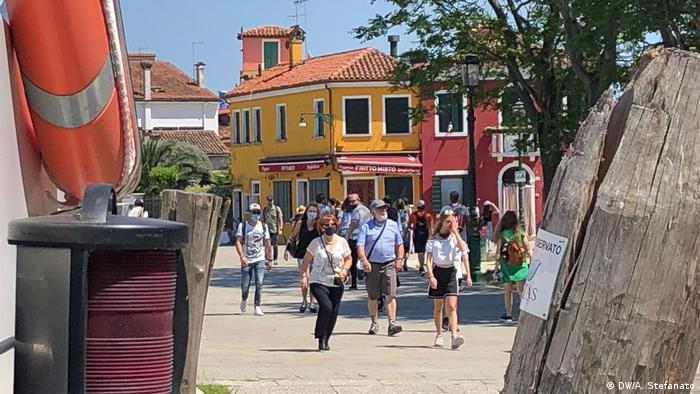 As the first tourists return to the island of Burano in the Venice Lagoon, not everyone feels the need to wear a mask

Still, it will likely be a while before the beaches of Rimini or the campsites at Lake Garda fill up with tourists from Germany or Austria again. Vacationers need to feel safe. "Getting tourism back on track is one of the government's most important tasks," says Teresa Coratella of the European Council on Foreign Relations (ECFR), a Rome-based think tank. "It's not only about travel within Italy, but also about the EU, the destinations should not compete with each other now," Coratella told DW.

Recovery will be slow

The long-term economic, social and political effects of the coronavirus crisis will only become fully visible after the summer break in September, she says, adding that many Italians feel abandoned by the European Union. An ambitious reconstruction program that includes tourism might be able to change that, she says. 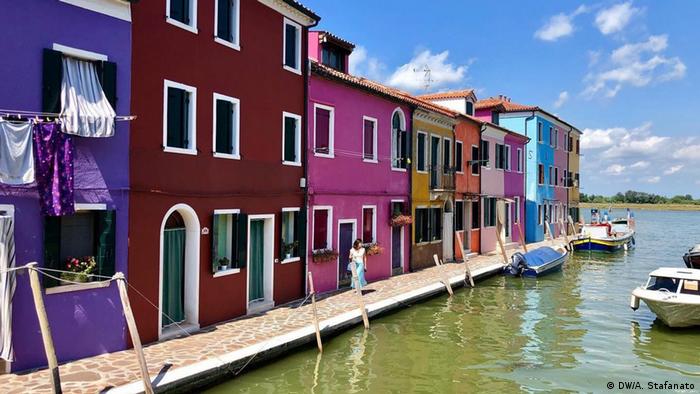 Italian Foreign Minister Luigi Di Maio has demanded that other EU states also remove their travel restrictions. Germany does not want to drop its travel warning for Italy until June 15. Di Maio criticized that his "beautiful country" should not be treated like a "military hospital." With 33,000 deaths attributed to the coronavirus, Italy was particularly hard hit by the pandemic. Today, the infection rates for many regions are below those in Bavaria.

Travel from non-European destinations must also be revived, says Teresa Coratella. After all, visitors from the US and Asia account for just over 40% of Italy's tourism market. At Rome's Fiumicino Airport, about 100 planes were scheduled to take off and land on Wednesday, considerably more than last week. Before the pandemic hit, the airport saw ten times as many flights every day. 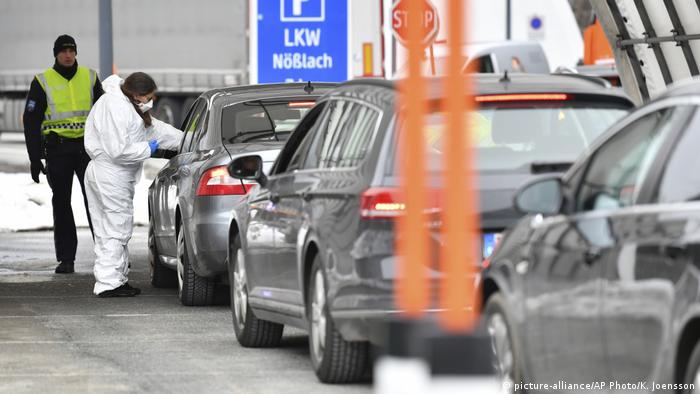 Austria, a key transit country for German tourists, is particularly important for the tourist regions in northern Italy. The border at the Brenner Pass through the Alps is still strictly regulated for travelers from Italy, while it is open again for tourists from Austria headed to Italy.

Italy's measures are unilateral, says Herbert Dorfmann, adding that it's now up to Germany and Austria to make a move. But tourist travel is likely to be difficult from Austria and, until 15 June, probably also from Germany. Dorfmann, a member of the South Tyrolean People's Party (SVP) in the European Parliament, told DW, "After that it should be possible to cross the borders like before."

Open borders are particularly important for South Tyrol, an Italian border region adjacent to the state of Tyrol in Austria, says Dorfmann. They should cooperate in a "regional and friendly" manner, especially since the incidence of infections on both sides of the Brenner Pass is low, he says. 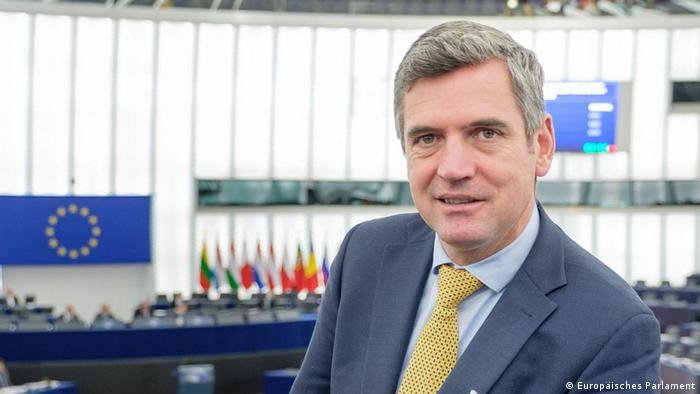 "In the second quarter of this year, tourism dropped to zero, which is a disaster for us," the South Tyrolean politician says. "Tourism is part of our livelihood, so we'll be pleased to see the borders open again to people from Germany, Austria and Switzerland."

Will Merkel return to South Tyrol?

Dorfmann is optimistic that tourism in South Tyrol will recover. "Tourism on cruise ships and on crowded beaches will be difficult, so I believe that people will see tourism in the mountains as more pleasant," he argues. "Keeping your distance is easier." Vacationing in the mountains is perceived as safer, and that should pay off this summer, he says.

Of course, hopes are high for the return of one particularly symbolic guest in the Italian Alps: German Chancellor Angela Merkel. For the past several years, Merkel has spent her summer vacation in South Tyrol. Will she return this year? "We would be very pleased, but of course that depends on the chancellor herself," says Herbert Dorfmann. "We hope to be able to welcome her in Sulden, as in previous years."