Italian Prime Minister Giuseppe Conte has announced phase two of the fight against the coronavirus pandemic, promising relief to citizens. But residents of Rome say they see dark times ahead, as Esman Cakir reports. 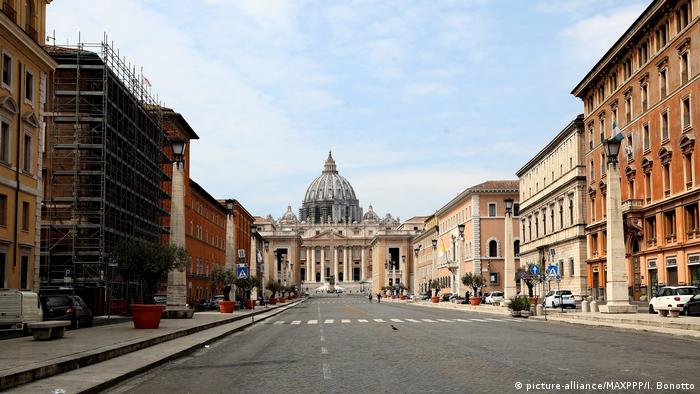 It is a sunny morning in Rome, with blue skies and warm spring temperatures in the Italian capital. Yet, the city's venerable sculptures and monuments seem lonely; its empty squares and streets are like an eerie film set. The throngs of tourists are gone, in their place, police officers stand at every corner asking pedestrians why they are out and about.

Italians had eagerly awaited Prime Minister Giuseppe Conte's press conference last Sunday, hoping he would finally announce the country's ongoing lockdown would end on May 4. But Conte disappointed them, saying instead that restrictions would be lifted in increments.

"I don't see black for the future, but I'm not looking at things through rose-tinted glasses either. Gray is probably the color I would use to describe the situation," says Claudio, a Roman taxi driver. Claudio says he waits hours every day for a fare, and he has no idea how he will manage to pay his taxes next month.

"The virus has lost its punch here, still it won't take much and we'll be starving soon. I'm really scared. Because if you have debts or get behind on your mortgage, you can't get new loans from the bank," bemoans Claudio. 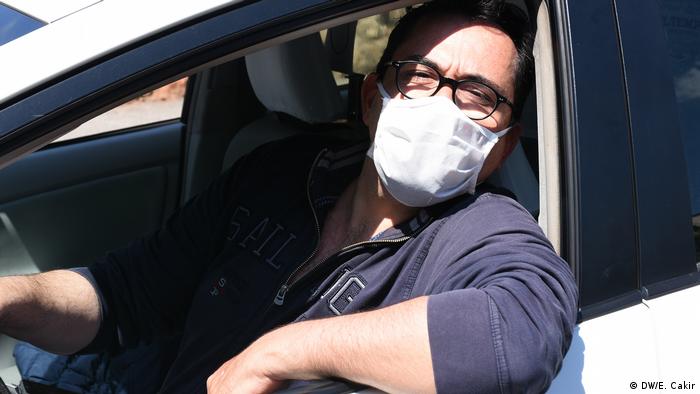 Italy has survived the first months of the coronavirus crisis and strict social distancing rules appear to have had a positive effect. Now, the Italian government has announced the beginning of a second phase in the fight, one that will put economics ahead of social life. The government is keen to get the Italian economy running again, and its new plan will see most production start back up on May 4. Restaurants will once again be able to receive food deliveries, and cafés and hair salons will also be allowed to open on that date.

'The next phase will be more difficult'

Prime Minister Conte thanked Italians for the patience they have shown. He said he was proud of how far Italians have already come in this extraordinary fight, calling it a great success. Still, he added, "The next phase will be more difficult."

Taxi driver Claudio is frustrated, saying, "Many Italians had to take on debt because of the crisis." The Italian government has offered a monthly compensation of €600 ($659) to self-employed citizens as well as those with full-time jobs, but Claudio remains skeptical: "Most Italians are still waiting on last month's payment. If that money doesn't come, how can they pay next month's taxes?" Conte told Italians: 'The next phase will be more difficult'

Claudio says other countries have done far more to help their citizens financially, "The only thing we're getting is permission to leave our houses," he adds sarcastically.

That opinion is shared by Simona, who runs a café in the heart of Rome. "Even if that money was paid out for weeks it still wouldn't be enough." He says the plan is useless: "Many families are still waiting for the €600 they have been promised. How are they supposed to feed their children? We expected financial help from the government. Italy is literally starving."

Travel restrictions to remain in place

Travel restrictions will remain in place even in phase two of the government plan. From May 4 onward, citizens will only be allowed to leave their houses to shop for groceries and medicine, to go to work or the doctor, and to visit relatives and partners. Citizens will only be allowed to travel outside their home region if they can prove that it is absolutely necessary.

Irene Farinelli, a 70-year-old retiree, is strictly opposed to the idea of regional isolation. She says, "My children and grandchildren live in a different region. I haven't been able to see them for two months. Many people are worried that we will be locked up at home for a long time. We have to get out of this situation as soon as possible." 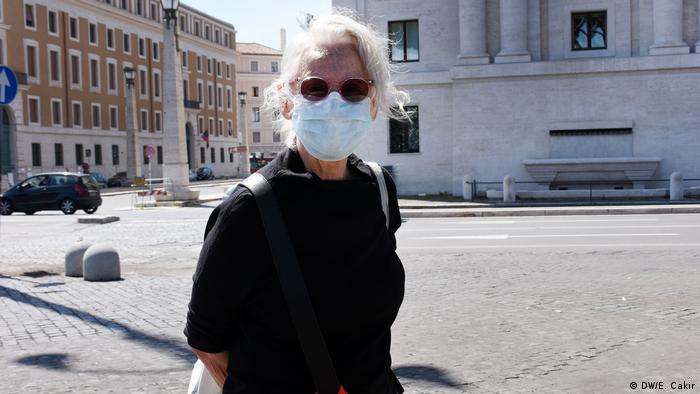 Yet, even though many Italians want to see travel restrictions lifted, epidemiologists and virologists are calling for the government to keep them in place for as long as possible. Andrea Cristanti from the University of Padua is one of the country's most respected virologists. He argues the small steps the government has taken to loosen restrictions already go too far. Speaking with the newspaper La Repubblica, Cristanti said: "When the country was put under lockdown on March 11, we had 1,800 new infections each day. That is the same number we registered yesterday."

No school until September

Daniele, a young father, complains that schools are being ignored even though factories will be allowed to open: "Who is supposed to look after the children if we can't take them to their grandparents'? We're being abandoned."

Romans are skeptical, crushed under the burden of coronavirus restrictions and the financial damage they have brought with them. Even more disheartening to citizens is the fact that they do not believe phase two of this fight will bring much relief.