Among the worst-hit countries, Italy is slowly taking measures to ease the lockdown. However, the government's plans are doing little to inspire confidence, as Megan Williams reports from Rome. 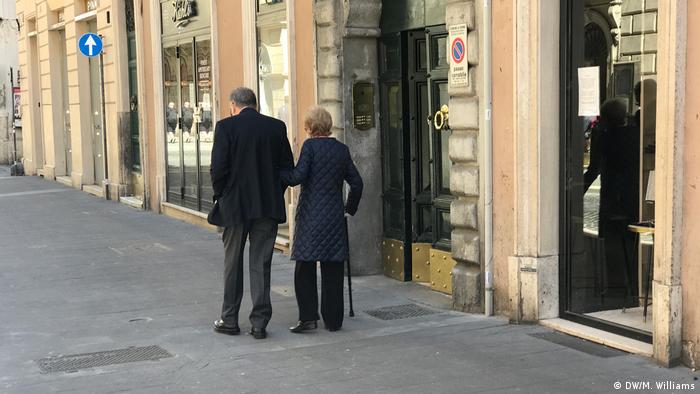 Just over a week ago, on the first Monday of May, the glorious birdsong that had filled the early morning air for more than two months was abruptly drowned out by the rev and growl of Roman traffic.

It was an unmistakable, resounding signal that the country's nationwide lockdown had ended.

The cars, trucks and scooters that returned to dominate the streets represented the almost five million construction and manufacturing workers, along with staff of restaurants and cafes (now open for takeout) back on the job. They were part of Italy's "Phase Two" lockdown-easing plan.

The rollout details, originally overly optimistically entitled "The April Decree" and now, almost mid-May, rebaptized, "The Relaunch Decree," are set to be released this week.

Not surprisingly, the 444-page document, containing 258 articles and outlining the expenditure of €55 billion ($59 billion) — leaked in Italian papers — has elicited widespread frustration both over its tardiness and content. 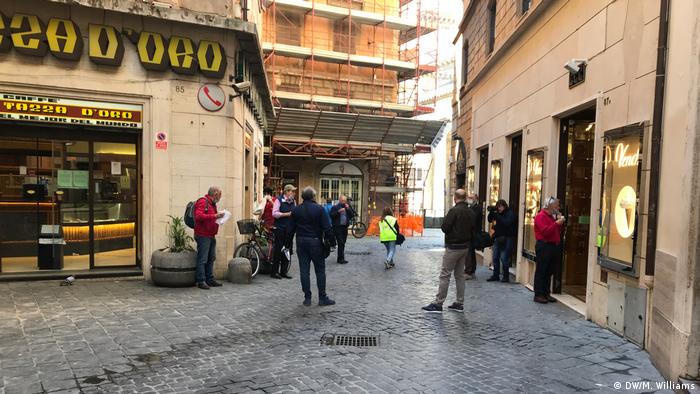 Life is slowly returning to Rome's streets, but many locals remain wary

Women, who make up more than half of frontline doctors and three-quarters of nurses, not to mention the majority of supermarket cashiers and shop clerks, were all but excluded from the task forces deciding the plans. Only after female scientists, doctors, politicians and others protested did the government, this week, include more women.

With schools closed until September and insufficient babysitting vouchers, parents who are both working remotely or back at the office or factory are up in arms over the lack of support.

The 4 square-meter (13 square-feet) separation between people required in restaurants and cafes means a 60% loss of business. "We have been available for weeks to discuss more outdoor spaces, reasonable distances between tables, personal protective equipment and even barriers between one table and the next," said Aldo Cursano, vice president of Italy's largest retail association, FIPE, in a statement. "But the government cannot ask us to keep four square meters between diners at the same table. This means restaurants with one table only."

Artisans, too, have been upset about the lack of clear regulations allowing their mostly tiny operations to reopen.

Framer and stained glass artist Paolo, 42, who runs a one-man operation out of a converted garage in Rome, says he understands the government ordinance to stop seeing customers but is perplexed as to why he had to close his workshop when the bicycle repair shop down street could stay open. "In the past two months I've brought in €600 in income support from the government," he says. "If I have to close again, it will be for good." 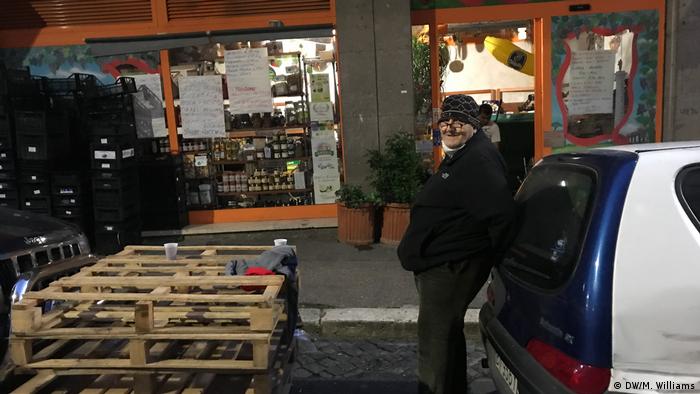 While some small shops and businesses have suffered, this fruit vendor has seen his business triple

Yet next door, the small, family-run fruit and vegetable vendor has tripled business during the quarantine. Among the stores allowed to stay open, it went from several dozen home deliveries a day to over 100. "I'm exhausted,” says owner Angelo, 65, who with the help of two Sri Lankan employees wearily packs up the pots of rosemary, thyme, basil and other herbs that line the sidewalk outside the shop at the end of another long day.

Back with a vengeance?

Any upward trend will depend wholly on Italians abiding by what Prime Minister Giuseppe Conte calls this next phase of "coexisting with the virus."

Contrary to their reputation for not always enthusiastically adhering to rules, Italians have, for the very most part, followed social distancing and mask-wearing directives.

Still, Matteo Villa, a research fellow with the Milan-based Italian Institute for International Political Studies who has published studies of the virus's spread in Italy, says it's a question not of if, but of when the infection rate, now below 1,000 new cases a day, will rise again.

"I have no illusions that the virus will not creep back up. The only question is the speed with which it will return," he says.

He adds that social distancing will be crucial, especially in the regions of Italy where the epidemic had the smallest impact, namely central and southern Italy. The northern Italian region of Lombardy experienced the trauma of ambulances sirens blaring night and day, hospitals overwhelmed and deaths of loved ones. The rest of Italy did not.

"The south and central only experienced this by proxy. My fear is those who didn't experience this personally will be less careful in the second phase," he says. "The healthcare system there is more fragile and if they experience a growth of infection, it will be very dangerous."

Read more: Living in Rome under the shadow of coronavirus 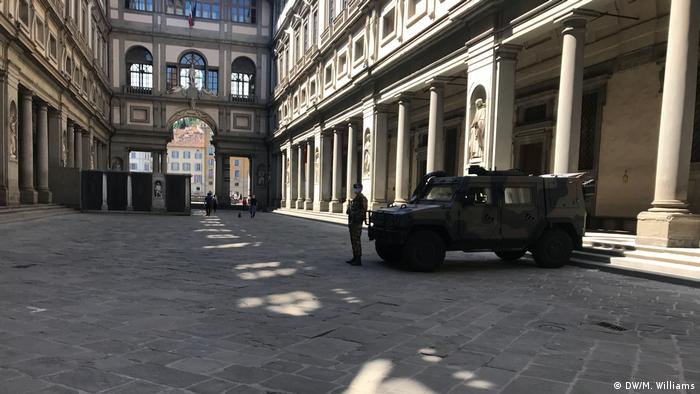 The Uffizi Galleries in Florence will re-open on May 18 along with other museums, galleries, libraries and Catholic masses

So far, more than 30,000 Italians have died in the pandemic, most in the north and the vast majority elders. I feel fortunate that my mother-in-law was not among them.

Alone in her small, 500-year-old palazzo apartment in Florence, she found the solitude of lockdown grinding. Eighty-eight and still able to prepare a meal for 16 people, she finally broke down in late April and, despite the risk, donned mask and gloves and ventured out to the local shops.

Like so many others she says there have been positive surprises in quarantine life. After discretely ignoring her neighbor on the other side of her narrow street for the past 30 years, she now chats with him daily. He phones the days he doesn't see her; she leaves a pot of meatballs or eggplant parmesan at his door when she feels the urge to cook.

She keeps repeating, astonished, that she thought World War II, which she survived with her family in caves in the countryside north of Rome, would be the defining cataclysmic event of her life. She did not expect a second. She's struck, too, by the singular, overwhelming sensorial impression of each event.

"What I remember most from the war was il buio. The darkness. Lights out and windows covered so as to not attract the bombers," she says. "What I'll remember the most about this pandemic is il silenzio. Even with the windows wide open, to not hear a car, or a plane or a voice."

The rising rumble on the street below, however, is not hope-filled. "It's an uncertain sensation," she says, capturing the feeling of many Italians that with the slow return to this new, normal life, the worst may not be over.

Archie Battersbee, 12, was taken off life support after courts concurred with doctors who deemed him to be "brain-stem dead." He had been in a coma since early April.

Germany has asked the International Court of Justice to halt the sale of German-owned buildings in Rome that could soon be auctioned off to pay for Nazi war crimes compensation cases.