Italians search for hope in times of coronavirus | Europe | News and current affairs from around the continent | DW | 27.03.2020 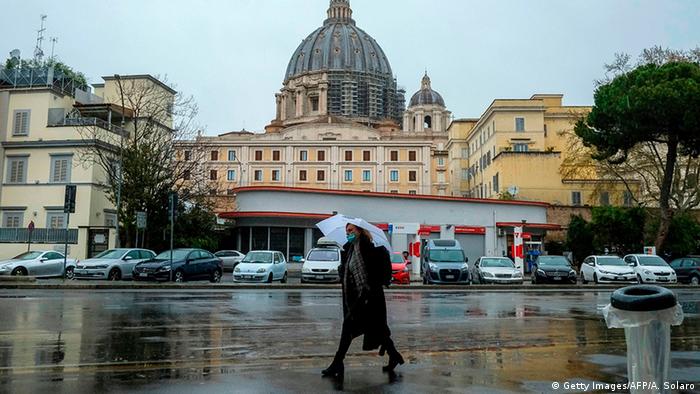 As Italians enter their third week of lockdown, the singing that erupted from balconies and windows throughout the country the first week has stopped.

Somewhere along the way (days blur in quarantine), as the number of deaths from coronavirus in Italy soared, as of March 27, to more than 9,000, the six o'clock balcony appointment slipped by in silence. The online deluge of clever memes about life in lockdown slowed and the mood on the streets turned somber.

Gone now, for the most part, are those early-days smiles flashed between strangers. For those who venture out under a bright, indifferent sky, empty streets — without the double-parked cars, suddenly so wide! — greet you. The stillness of the urban landscape is broken by a lone dog walker here or grocery shopper there; faces masked, hands encased in rubber gloves, distance kept and gazes averted.

As the restriction of movement tightens — the government Friday issued a fourth version of the 'self-certification' form citizens must fill in and sign before going out — nerves are fraying. While exercise close to home and dog walking is still allowed in much of the country, videos of mayors screaming and swearing at townspeople to follow the rules have gone viral and ordinary citizens seem to feel more entitled to chastise others not social distancing enough, as I witnessed one woman do to a mother and daughters out for a walk with their dog.

The amazement at the beauty of Rome stripped clean of tourists and cars has shifted to a foreboding sense of dystopia.

Inside the sleek, postwar Termini railway hub, giant screens flash high fashion ads to a vast, vacant atrium below. Drained of the purposeful chaos of travelers and commuters, all that remain are the trollies and bundles humped beside Rome's homeless people. Outside, African migrants, twitching drug addicts and military personal in camouflage move listlessly about.

"There will be many more people on the street," says Giacomo, an older concierge, sitting inside a small room with a board across the door at the entrance to an apartment building in Rome. This week, the Italian government announced a second economic stimulus package worth €25 billion ($27.7 billion) to come in April. But many Italians, Giacomo included, simply don't believe that Italy, a country that has dipped in and out of a recession for more than a decade, can afford it. "We're a nation of foot soldiers who have lived liked generals." 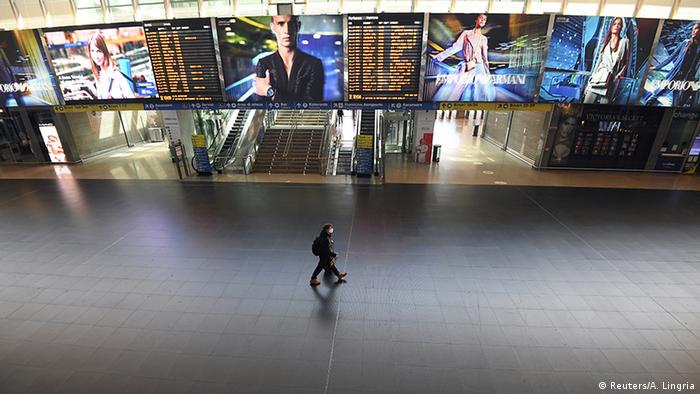 While Italians are dreadfully aware of the economic fragility of their country, for now, they are focused on numbers: the daily deaths, new infections, recoveries and overall case tallies that the Civil Protection Agency announces like a grim town crier each evening at six o'clock.

After a shocking 1,400 deaths last weekend, daily deaths fell for the next two days, to 602. It felt unkind to experience relief that just 602 people had died in a day, but many of us did. Then the numbers rebounded and have been yo-yoing since. New COVID-19 cases declined for four days, before rising again, dashing hopes of "flattening the curve." Angelo Borrelli, the head of Italy's Civil Protection Agency, admitted what virologists have been saying for weeks: that given that only sick people are being tested, the real infection rate is likely 10 times the official one.

Yet, there have been some bright spots. More than 10,000 people ill with coronavirus have recovered. Among them, Fausto Russo, 38, a personal trainer who has never smoked and has no underlying conditions, breathed for the first time without an oxygen mask after 20 days in hospital with coronavirus triggered pneumonia.

"Imagine trying to breathe under water," he says of the experience, adding the loneliness of being isolated from loved ones was near unbearable. "There are so many things I'll never take for granted again. Like freedom. And breathing." 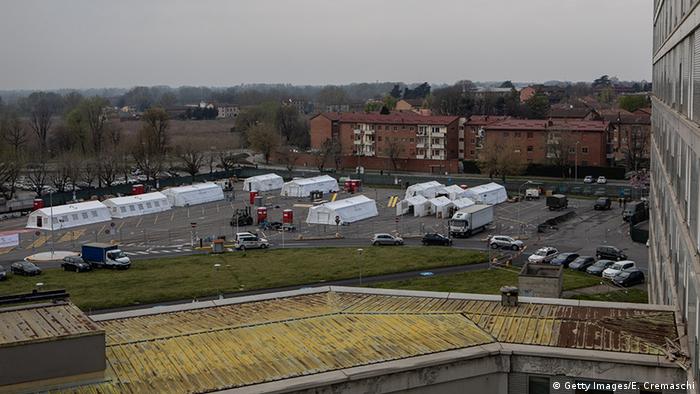 The field hospital means many more patients can be treated

In the hardest hit northern Italian regions of Lombardy and Veneto, where 'overwhelmed' is a woefully inadequate word to describe intensive care units, shows of solidarity abound: donated food, supplies and the setting up of an emergency field hospital in the parking lot of the Cremona hospital by Christian nonprofit.

Claudio Cancelli, mayor of Nembro, a village in Lombardy with one of the highest number of deaths per capita, says the loss of many older people is a blow to the historical memory of the town.

"Our elders who have died formed the heart and soul of the village," Cancelli said. "One man founded our library, another was our school crossing guard. Others worked in the retirement home. These are people who were an essential part of our social fabric." 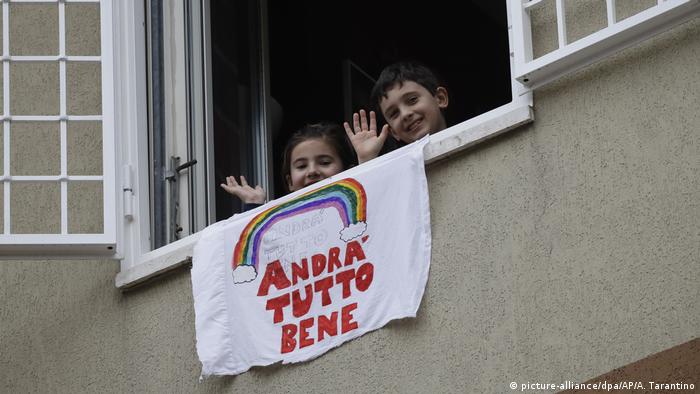 "Everything will be fine," reads the banner

At the same time, he added, a "splendid" new sense of community is emerging, with "people volunteering to take infected patients to the hospital for dialysis and others donating medicine."

Mayor Giorgio Gori of Bergamo expressed the same gratitude, as daily deaths in his region of Lombardy make up the majority in Italy.

"The expressions of solidarity and generosity have been incredible. I've been overwhelmed," said Gori. "There's the tragic aspect, but there's also a very positive aspect: the strength and seriousness of citizens that is emerging."

Whether that new, seriousness Gori speaks of will be deep and widespread enough to help Italians forge a better country post-corona is too far away to fathom. But what seems obvious is that Italy, like the world, has been undergoing a profound transformation that it is nowhere near emerging from.

The dating game is rather dependent on people meeting in person. The COVID-19 pandemic ought therefore to be detrimental to the lucrative online dating business. Yet the opposite appears to be the case so far. (27.03.2020)