Rutger Bregman: ′The virus is contagious, and so is our behavior′ | Culture| Arts, music and lifestyle reporting from Germany | DW | 27.03.2020

The Dutch historian claims humans are fundamentally good, but does the same apply in coronavirus times? As part of our ongoing "Bright Spot" series, we spoke with the author. 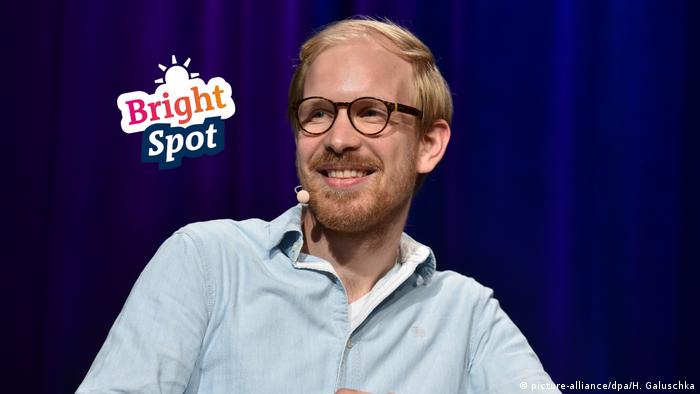 Rutger Bregman is a 31-year-old Dutch author and philosopher whose 2017 book Utopia for Realists: And How We Can Get There became a bestseller. In January 2019, he became social media star when a video showing him criticizing the super-rich at the World Economic Forum in Davos went viral. Humans are fundamentally good, he claims in his new book, Humankind: A hopeful History. But what about in times of corona? As part of our ongoing "Bright Spot" series, which features encouraging and uplifting stories, DW spoke with the author about how humankind is responding to the current crisis.

DW: In your new book you maintain that kindness is a fundamental part of human nature. But aren't people essentially egotistical and selfish, especially during a crisis?

Rutger Bregman: There is certainly a longstanding idea within western culture that civilization is only a thin veneer. As soon as something happens, say a war or a natural disaster or an epidemic like we're going through right now, the worst comes out in each of us. We revert to our true selves and we're all selfish and turn out to be animals. This is an old idea in western culture. You find it as far back as the ancient Greeks and with the founding fathers of the Christian church and with the Enlightenment philosophers. I think it's one of the central dogmas of our current capitalist models.

But scientifically we know now it's wrong. What we've seen in the past 15 to 20 years is that scientists from diverse disciplines, sociologists, psychologists, anthropologists, archaeologists, you name it, have moved to a much more hopeful view of humanity. If you look at the data and at the actual behavior of people and experiments in history, you see that most people are actually pretty decent.

But is the corona crisis bringing out our darker, more selfish side?

Obviously, today it's also relatively easy to see the selfishness. You just switch on the TV and you see reports about panic purchases, or people hoarding or fighting over toilet paper. Although I think that the vast majority of the behavior we're seeing right now is pro-social in nature.

And we'll need much more of that, we will need a lot of that, because this might take quite a while. So, it's a real test for our societies. But so far I think the signs are hopeful.

Read more: Toilet paper as a symbol of the coronavirus crisis

Will this pandemic change us?

If we only look at the economics of it, it's bigger than the financial crash of 2008. 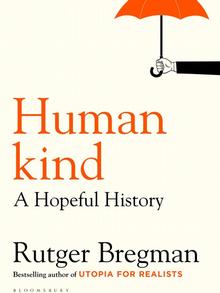 My hope is that the corona crisis will help bring us into a new age of cooperation and solidarity and a realization that we're in this together.

Since the 70s and the 80s you see the rise of neoliberalism. The central dogma of neoliberalism was that most people are selfish. So, we started designing our institutions around that idea, our schools, our workplaces, our democracies. The government became less and less important.

But now as we're living through a pandemic we realize we need to do these things together. We need a strong and powerful government. We need the experts. We need universal health care. We need cooperation on a huge scale, on a global scale. So, my hope is that this crisis can help bring the neoliberal age to a definite end, so that we can move into a new age which I would like to call the new realist age, where we have a new view of human nature and don't look at human beings as fundamentally selfish anymore but as pretty decent.

The internet is full of hatred and fake news. Where is the decency there?

I think that the internet is doing a huge amount of good in these days as well. If you see how quickly knowledge is spreading, how people use the internet to spread the message of social distancing, how important it is to wash your hands. If you make the calculation, you'll get that the vast majority of all the messages on social media is actually serving a positive future right now.

But we are obviously more shocked by the negative stuff or by the fake news that is spreading. Because that really angers us. We have to be aware here of our own negativity bias. This is what psychologists call it. The negativity bias means that the bad stuff makes a bigger impression on us. That's just how your brain works.

Is the corona crisis the beginning of the end of globalization?

It is way too early to say. This is what a crisis does: It makes you question the status quo. That doesn't mean that after a crisis we move into some kind of utopia. But it is an opportunity for political change. We can talk about the role of government and the economy. Decades before there was this era where we said, the government has to get out of the way, because the government is just a drag on the economy.

In an environmental respect we know that after the pandemic we need to start working very hard on the biggest challenge of our time, which is climate change and we also need an ambitious government to lead the way.

Rutger Bregman's new book, Humankind: A hopeful History (Bloomsbury, 2020), will be out in May.

The interview was conducted by Sabine Peschel

In these self-isolating times, Netflix has become for many a kind of security blanket. The financial figures show that Netflix could thrive in a time of global lockdown and widen its lead in the streaming wars. (26.03.2020)

Frank-Walter Steinmeier has appealed for countries to work together in the fight against COVID-19. The suffering wrought by the virus does not stop at borders, he said. (26.03.2020)