People have been stockpiling products in reaction to the coronavirus crisis, highlighting one of the world's most underestimated of cultural assets: toilet paper. When was it invented and what did people use before that? 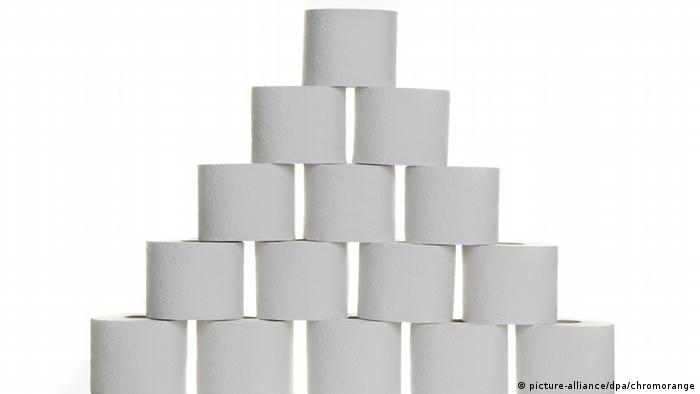 In a video clip that has since gone viral, a man orders takeout coffee. Instead of a wallet, he pulls out a roll of toilet paper, tears off two sheets and lays them on the counter. He generously stuffs a third sheet into the waiter's breast pocket as a tip.

Social media abounds with jokes about a surprising phenomenon: Toilet paper is high in demand in Germany, as well as in many countries of the world. It's often sold out in supermarkets as soon as shelves are restocked; there have been fistfights over packages of toilet paper.

The mass run on toilet paper is situation-related herd behavior, according to Britta Krahn, who teaches business psychology at the Bonn-Rhine-Sieg University of Applied Sciences. "This is the moment of maximum loss of control, maximum uncertainty and maximum change," she told DW.

Read more: Coronavirus and the psychology behind panic buying

"Nobody knows what to expect," she points out, but people are nevertheless trying to regain control. When face masks and disinfectants are sold out, "they just grab what they can, items that won't spoil."

"Toilet paper has become a metaphor for safety, if not the symbol of this coronavirus crisis," argues the psychology expert.

A brief history of TP

But for the longest time, people didn't have paper to wipe their behinds.

Archaeological finds in the world's oldest salt mine near Hallstadt in the Upper Austrian Salzkammergut region suggest that leaves from butterbur plants were used as toilet paper as early as the Bronze Age. In Bavaria, people still today call the ancient medicinal shrub "Arschwurzen" (a.. plant). 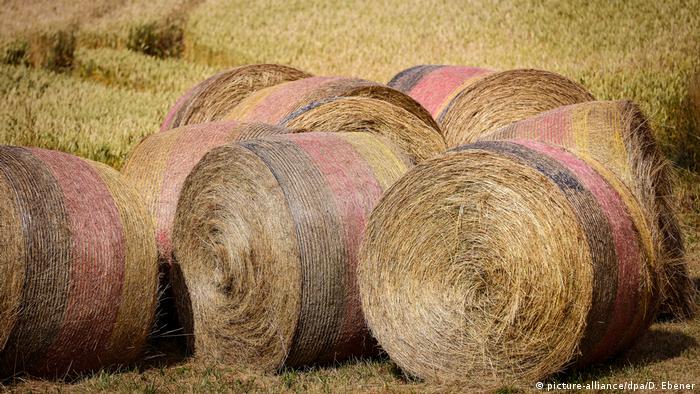 In medieval times, hay and straw were used

Early records of usage in China

The oldest records mentioning toilet paper were found in Chinese annals dating back to the sixth century. Joseph Needham (1900-1995), a British sinologist, quoted Chinese scholar Yan Zhitui, who wrote in 589: "Paper on which there are quotations or commentaries from the Five Classics or the names of sages, I dare not use for toilet purposes."

In 851, a traveler wrote: "They [the Chinese] are not very careful with cleanliness, and they do not wash with water when they have finished their business; they only wipe themselves with paper."

In 1393, the Imperial Court in Nanjing used about 720,000 sheets of toilet paper, with individual sheets measuring 2x3 feet. The Hongwu Emperor and his family alone used 15,000 sheets of what is said to have been "a particularly soft and perfumed type of toilet paper."

In medieval Europe, on the other hand, people used old rags, scraps of fabric or balls of wool to wipe their backsides. Sometimes they resorted to moss, leaves, hay and even straw, Sabine Schachtner, director of the LVR Papiermühle Alte Dombach paper mill writes in her book about toilet paper and the history of the "wiping culture."

The spread of newspapers and the emergence of industrial paper production was the final breakthrough for paper as a sanitary product. Water closets became more popular in the second half of the 19th century, initially in England. That called for special paper that did not clog the sewage pipes.

In its image film, Bavarian sanitary paper manufacturer Fripa presents the technological progress the industry has made since then: Paper flows and rolls as huge packages are pushed into a machine as if by magic. The machine rotates incessantly as rolls of toilet paper, packed into large packs, emerge at the end of the production line.

Fripa — their advertising motto is "Always one layer better!" — has massively increased production as the coronavirus crisis takes hold of the country, doubling the volume from the usual annual 130,000 tons of sanitary paper to wholesalers and retail chains.

"We are producing at the limit but we still can't keep up with demand," Fripa spokesman Jürgen Fischer told DW. He says he has no idea why people are going crazy over toilet paper, but suspects the reason is "it's easy to store and not too expensive." Fischer advises "prudent customer behavior and composure."

Ortwin Renn, scientific director at the Institute for Advanced Sustainability Studies (IASS) in Potsdam, distinguishes between three types of reactions in times of crisis. Researchers who study the sociology of risk say that some people ignore danger, others curl up in a ball to avoid it, "and then, there's the fighter," the sociologist says. The latter takes action in the face of danger, and starts stockpiling products as a kind of "substitute action," Renn says. 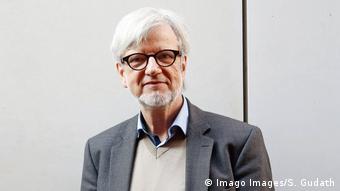 Whether people tend to flee or fight mainly depends on their genetic make-up, but is also determined by education and experience. The situation matters, too: When driving a car, people tend to be fighters while pedestrians are rather inclined to flee.

"People hear or read in the media that the others are buying a lot of toilet paper," says business psychologist Anja Achtziger from Zeppelin University in Friedrichshafen, in Germany's Süddeutsche Zeitung daily. "At work, in the family, among friends, people are constantly talking about whether and how much they have already hoarded, which makes people who have not stockpiled nervous — so they go out and do it, too."

Will toilet paper become a means of payment, as the viral video suggests? Probably not. But to avoid running out, one household in Berlin's district of Kreuzberg recently offered to swap espresso beans for a few rolls:

Saturday is a key day as officials battle on whether to lock the nation down. The government will closely monitor people’s behavior to see if they are taking the measures implemented this week seriously. (20.03.2020)