A Bavarian town needed 12 years, but it has finally reached the last roll of a supersized toilet paper order. While the town saved €1,000 with the bulk order, it's planning to establish regular deliveries of two-ply. 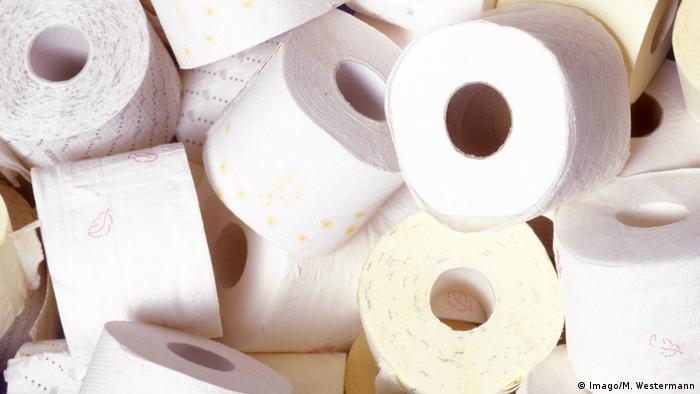 It took 12 years for Bavaria's village of Fuchstal to run out of toilet paper, but "the last roll has now been used up," Mayor Erwin Karg told reporters on Tuesday.

The trouble began in 2006, when a town employee accidentally ordered two truckloads of the product, according to local media reports at the time. When the first vehicle rolled up to the 4,000-people town and delivered the goods, the authorities realized the mistake and managed to cancel the second truck. Even so, the village of Fuchstal was left with the logistical problem of packing away the paper.

Officials set up a four-person team to distribute the toilet paper in several public buildings, filling the attic of the local storage building as well all available closets and cabinets in local schools, the town hall and the firehouse. Ordinary citizens showed little interest in the product, as it turned out to be a gray, single-ply brand that tended to turn yellow and grow brittle under prolonged exposure to sunlight.

On the upside, the botched 2006 order saved the city a significant amount of money.

"We were able to save up over €1,000 ($1,130) because the price of wood went up next year, which also made toilet paper more expensive," Karg was quoted by the DPA news agency as saying.

Inspired by the savings, the village has already placed its next large — but not quite so large — order of toilet paper. This time, however, the paper will be white, two-ply and not delivered all at once.

"In my case, it will probably take another 12 years to get used to this," the mayor said.