African armies are perceived as underfunded, underequipped, and ineffective. There is a long history of coups and human rights violations. Twenty sub-Saharan militaries were involved in armed conflicts in 2020. 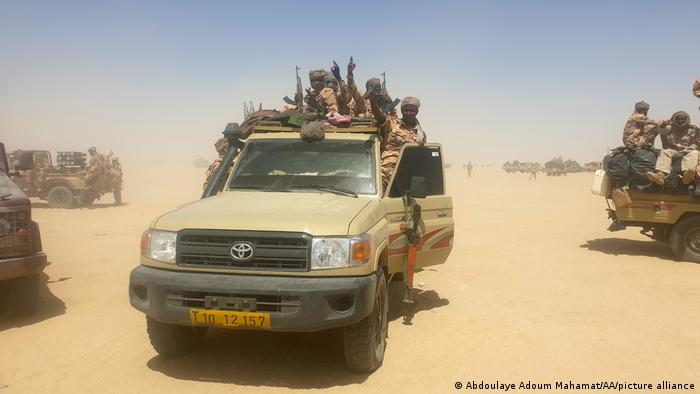 Armies in West and Central Africa are notorius for staging coups

According to a study by the Stockholm-based International Peace Research Institute (SIPRI), out of a total of 49 sub-Saharan African states, at least 20 were involved in some armed conflict in 2020. This places African armies at the center of events — and under scrutiny.

Many African armies suffer from a bad reputation. They are often poorly trained and ineffective. The reasons are manifold, including underfunding, which is often revealed when armies need to combat insurgents, as seen in Nigeria and Mozambique. In addition, armies are to blame for military coups backed by political actors, as happened in Mali, Guinea, and Sudan.

Some armies are accused of corruption and misuse of resources, Nan Tian, a senior researcher at SIPRI, told DW. "This is, however, a false representation. In general, African militaries are not like this." One example is the Rwandan army, which has won international respect for its discipline and efficiency.

There is also a perception that African armies are outsize and eat up too much of the state budgets. "Both the relative number of personnel per inhabitants and the relative size of the budgets for the military are small in Africa in general," said Matthias Basedau, director of the GIGA Institute for African Affairs in Hamburg.

Fighting corruption in the army

Nigeria, for example, has the second biggest sub-Saharan army after South Africa. But, with more than 150 million inhabitants, it has a comparatively modest number of 200,000 enlisted personnel. Russia, a country of 140 million, has more than 1 million soldiers.

African armies are also associated with a lack of transparency and corruption. "Much of this is a structural problem. The lack of financial resources in the country means that the military and other state actors are all competing for a very small slice of the pie," Tian said.

In Angola, several high-ranking army officers were detained and sued for embezzlement in 2021 in an anti-corruption drive launched by President Joao Lourenco. The president is also trying to dismantle a system of patronage put in place by his long-serving predecessor, Jose Eduardo dos Santos. 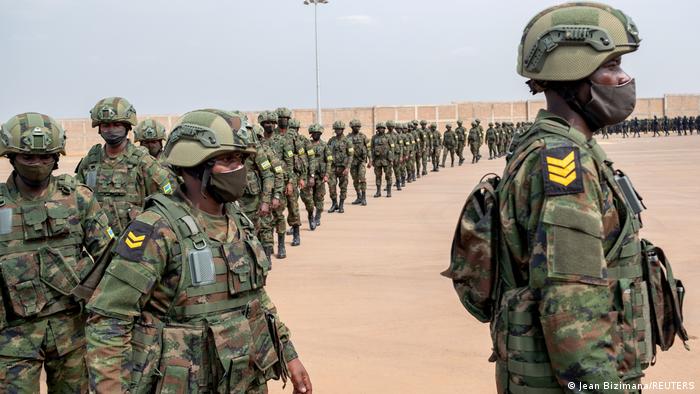 The army as a political actor

Owing to Africa's colonial history, the military in many countries assumed a political role from the start. "Once the genie is released from the bottle, it's hard to put it back in," Basedau said.

In Angola, some top combatants were compensated for the fight for independence from Portugal and their participation in the ensuing decades of civil war. Such an arrangement offered an opportunity to those well placed to get rich quickly. General Manuel Helder Vieira Dias Jr., nicknamed "Kopelipa," for instance, was estimated in 2014 to be worth $3 billion (€2.64 billion). Though Lourenco's government has since removed Dias from powerful positions following the departure of former dos Santos, the general has been able to keep his wealth.

Though Angola is rich in oil and diamonds, most of its 32 million people live in poverty.

As in Angola, the governments of many countries have included the military "in corrupt practices to keep them happy and to keep them in line," Basedau said. It is often a tactic to gain the military's support.

Military coups on the rise again

Since the mid-1950s, Africa has averaged four coups per year. The number of attempted or successful coups declined from 2010 to 2019, according to a recent study called "Global Instances of Coups From 1950 to 2010: A New Dataset" found. But, in 2021, their number suddenly grew to six, a worrying trend for many analysts.

The threat of a military coup is never far, especially in West and Central Africa. "When we encounter weak states that have more unaccountable and weak political institutions, we can also bet that their armies are going to be unaccountable and probably fragmented," Benjamin Petrini, a research fellow at the International Institute for Strategic Studies who focuses on security, conflict, and development in Africa, told DW:

Petrini said the erosion of democratic norms, including in the US and the European Union, is a major contributing factor "to a feeling that a military coup does not carry the same consequences as it used to." 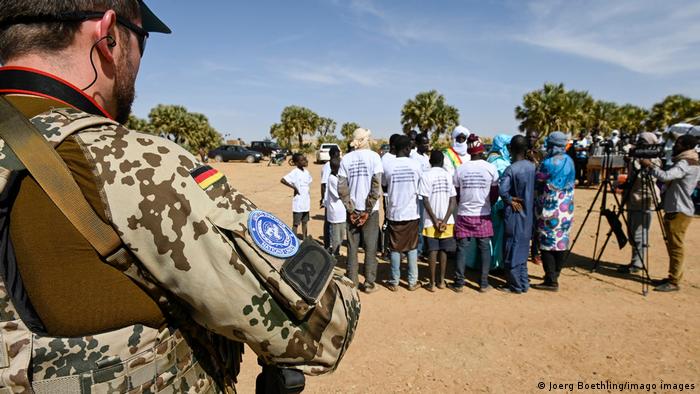 This has also increased the feeling of impunity among some armies notorious for committing crimes against humanity. Sexual violence against women and girls and other human rights abuses "are not just incidents, but are, in effect, tactics of war," Petrini said.

This seems to be more of an issue for is far from being a specific African problem. "The disregard of human rights in warfare is a universal feature," researcher Basedau maintains.

The coronavirus pandemic, which laid bare many institutional deficits, has increased the threat of coups. "In several countries, the military had to step in," fueling the perception of a failure of the democratic state, Petrini says. He calls for an increase of pressure on coup leaders and lauded the Economic Community of West African States (ECOWAS) for slapping strict sanctions on Mali's junta.

Analysts warn that interference in Africa from outside could be a double-edged sword. China and Russia, increasingly at loggerheads with the West, are becoming significant players in the continent. "If you have these international rivalries and they happen to meddle with domestic conflicts in African countries, of course, it's a great risk that these conflicts will become more intense and more protracted," Basedau said.