Africa's democracy under threat in 2021

Coups, conflicts and the coronavirus pandemic put Africa's democratic institutions to the test in 2021. But there are signs of hope. 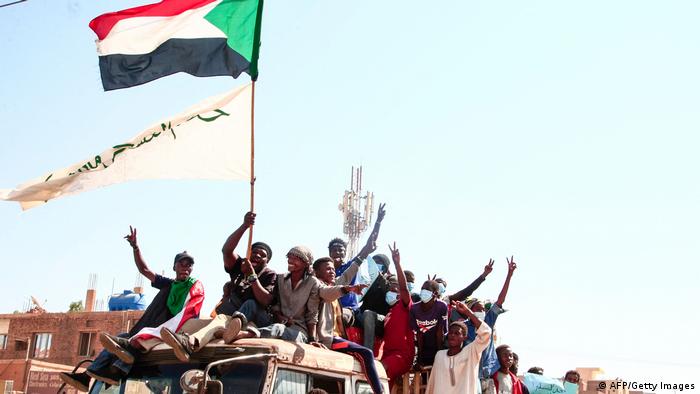 Sub-Saharan Africa experienced a spate of military takeovers in 2021, highlighting the precarious state of democracy on the continent.

Upon the death of Chad's President Idriss Deby in April, the military installed his son as interim president in what has been called a "dynastic coup."

In Mali, the military booted out the transitional civilian government in May and has yet to finalize a date for promised elections.

Guinea's military overthrew President Alpha Conde in September, with coup leader Colonel Mamady Doumbouya since being sworn in as president for an unspecified transitional period.

Armed forces in Sudan kicked out civilian leaders from a power-sharing agreement and declared a state of emergency in October. 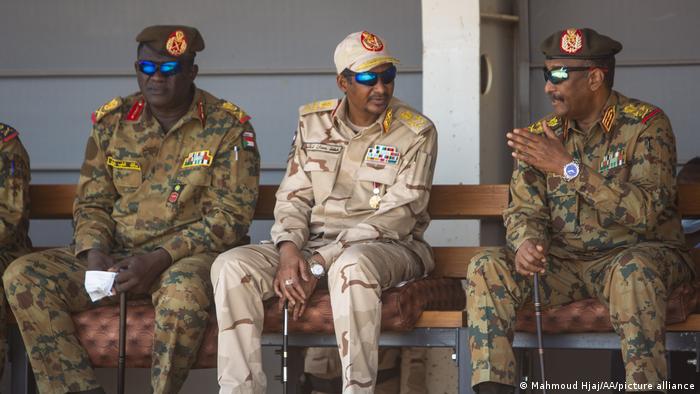 Although 2021 might seem reminiscent of the 1970s and 1980s when the African continent was rocked by regular coup attempts each year, there was one major difference.

"The good news for Africa with regards to the coups now, compared to the '70s and '80s , is that Africans themselves are no longer willing to be submissive or to be complicit or to acquiesce to coup-makers," said African governance expert Christopher Fomunyoh from the National Democratic Institute, an American pro-democracy nonprofit.

"That's why we saw that even in Sudan, when the military staged its coup, there were massive demonstrations," he told DW.

In Sudan, tens of thousands of people have taken to the streets since the coup, risking their lives to protest against the military leadership.

African regional organizations are also acting tougher than before.

"One bright spot for me has been the relatively consistent response of regional organizations, especially the African Union (AU). Sudan, for example, was suspended after the coup," said Julia Grauvogel from the German-based GIGA Institute for African Studies.

But the AU was not always consistent in its stance against anti-democratic regimes in 2021.

The AU remained silent, for example, when Uganda's longtime ruler Yoweri Museveni was re-elected in January 2021 for a sixth term in a vote that the US Secretary of State Antony Blinken described as "neither free nor fair." 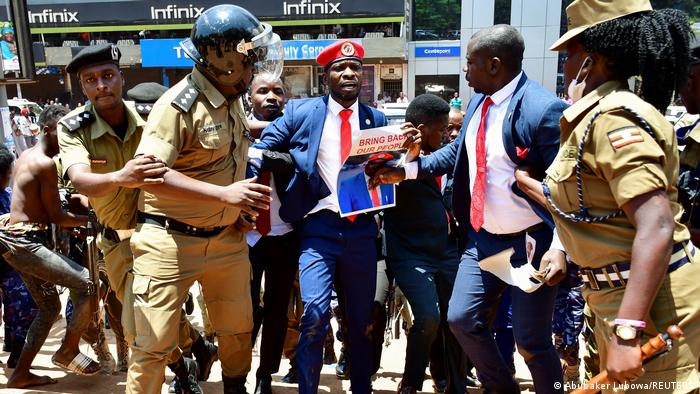 Opposition leader Bobi Wine has been arrested several times, including in March 2021 during an anti-government rally

In a DW interview, opposition presidential candidate Robert Kyagulanyi, better known by his stage name Bobi Wine, called the elections "the most fraudulent in the history of Uganda."

Many opposition supporters were arrested or disappeared under unexplained circumstances before and during the election, while Wine was placed under house arrest after the polls.

Authorities in many Africa nations also weaponized the COVID-19 pandemic to repress the opposition and other dissenting voices.

"The restrictions … around COVID-19 made it extremely difficult for people to gather, for pro-democracy advocates to be able to mobilize as they did in the past, to engage with their parliaments or with political parties and with civil society," said governance expert Fomunyoh.

This was also the case in Uganda, where police arrested Wine and other opposition politicians for allegedly breaching COVID-19 rules by mobilizing crowds for campaign rallies.

Despite all of this, democracy enjoys widespread support in Africa.

"People on the continent still prefer democracy to any other form of government," said GIGA expert Grauvogel. "That means there is a very strong desire for democracy."

This is demonstrated by the mass protests in 2021 in many African nations, not just in Sudan.

In Senegal, young people, in particular, took to the streets in March under the hashtag #FreeSenegal to demonstrate against the increasingly authoritarian rule of Macky Sall, who has been president since 2012.

In the Kingdom of Eswatini, protests demanding democratic reforms to the monarchy also broke out.

Bobi Wine said he hopes that such examples will set a precedent across the continent.

"In Uganda and many parts of Africa, the powerful, the government limit themselves to self-aggrandizement and self-enrichment. This will only stop if young people stand up against them and assert their rights, not just verbally," 39-year-old told DW. 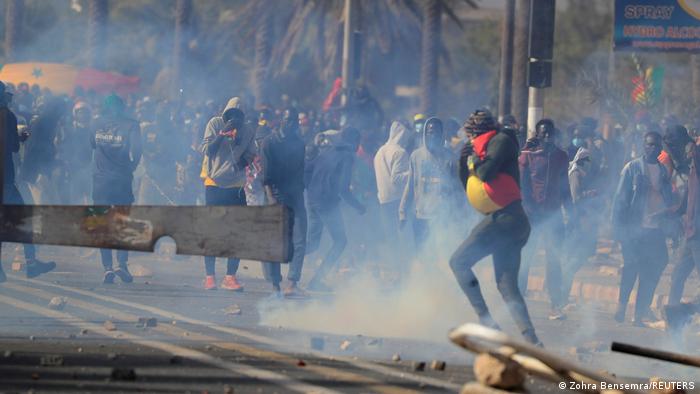 Elsewhere on the continent, democratic institutions are functioning.

In Zambia, for example, August elections led to a peaceful transfer of power.

In South Africa, a court sent former-President Jacob Zuma to prison for 15 months, and the high court has just ordered his return to jail after Zuma was controversially released on medical parole.

Next year will bring further tests for Africa's democracy.

In Angola, President Joao Manuel Lourenco has said he will run for a second term in elections scheduled for August 2022.

The vote is being seen as a test of Lourenco's commitment to democratic reforms in a country riddled with corruption and nepotism under the 39-year-long leadership of previous President Jose Eduardo dos Santos.

In Kenya, too, the stakes are high in 2022, when Uhuru Kenyatta is due to step down after two terms as president.

Despite the challenges, expert Fomunyoh is optimistic.

"I believe that the combined efforts of a vibrant African civil society, the many young people who want to be better governed and the efforts of Western partners will help consolidate democracy in Africa in 2022," he said.

The former South African president's medical parole was found to be "unlawful." Zuma's legal team has said it is appealing the ruling.

West African bloc ECOWAS said they hoped to have an election plan from Mali by the end of this year, after a meeting with the interim leaders. Mali's authorities had previously said elections could be delayed.

The country's military government has its work cut out for it, as it copes with the threat of Islamic extremism and ECOWAS sanctions.