Croatia′s EU presidency: What will it bring for Europe? | Europe | News and current affairs from around the continent | DW | 31.12.2019 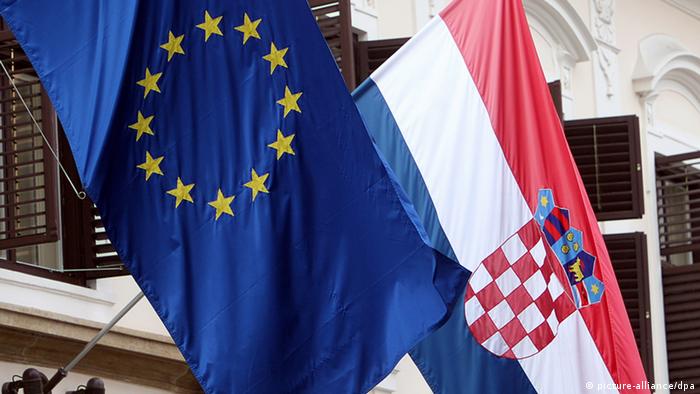 Croatia is not stinting on the superlatives when describing the country's upcoming presidency of the EU Council. Media and politicians are agreed that their country faces "the biggest challenge in modern history." They describe it as a "historic event for Croatia" and the "most difficult test of its maturity since independence." Starting on Wednesday, the youngest member of the European Union will serve as first among equals for the next six months. International conferences will be held under its presidency; the EU's highest representatives, as well as hordes of journalists, will be knocking at its door.

The country will be in the spotlight — a great opportunity to present itself positively. However, it is expected of any country holding the EU presidency that it will set its own interests aside and promote pan-European issues rather than its own national goals. It is expected to act as a mediator, to help resolve current problems and find compromise solutions.

Where foreign policy is concerned, there are three main issues Croatia will have to deal with.

In the past two years, Croatia has proved an extremely reliable guardian of the bloc's external border, especially along what is referred to as the "Balkan route." Although not all EU states will say so openly, the majority clearly want to allow as few refugees into the EU as possible, and Croatia implements this very effectively. Its eastern border with the neighboring state of Bosnia-Herzegovina is strictly guarded, and any refugees who manage nonetheless to get through to Croatian — and thus EU territory — are immediately sent back.

Croatian police are far from squeamish about this. There have been numerous reports from NGOs, and by various witnesses of "pushbacks" — refugees being returned illegally — as well as about abuse and the use of force by Croatian police. 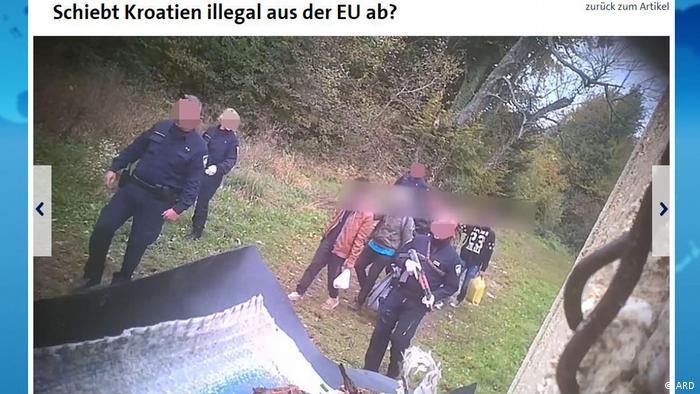 Footage of Croatian authorities deporting refugees without due process

In May, video footage was released that appears to show Croatian police forcibly returning migrants to Bosnia across the "green border" in the countryside, where there are no official crossing points. Human Rights Watch (HRW) published an open letter calling on the Croatian government to stop this practice. Croatia's president, Kolinda Grabar-Kitarovic, actually confirmed in an interview for Swiss television that "pushbacks" did take place, and that "of course a little force" is required.

Just a few days ago, the Croatian news portal net.hr exposed an unofficial network within the Croatian security authorities whose task is to collaborate with local taxi companies in tracking down refugees and deporting them to Bosnia. The refugees do not have a chance to file applications for asylum.

However, Croatian authorities routinely deny all such allegations, insisting that everything is done in accordance with EU regulations and that no violations of the law have been registered.

In doing this, Croatia is also acting in its own interest. Croatian officials are hardly concerned about whether refugees might want to stay in the country — most want to go further west. Instead, the country is trying to present itself as a vigilant border guard in order to be accepted into the Schengen Area as soon as possible — one of the stated priorities of Croatian foreign policy.

In the meantime, the Croatian government has received absolution for its activities from the highest authority. At the end of November, the German chancellor, Angela Merkel, said in Zagreb: "From the perspective of a country that's supposed to protect the external [EU] border, it, of course, looks different compared to the perspective of a country [such as Germany] in the middle of the Schengen Area." Croatian PM Plenkovic: We will be a 'fair and honest broker' as EU leader

One of the declared aims of Croatia's EU Council presidency is to press ahead with negotiations on the further European integration of the western Balkan countries. In particular, this refers to the announcement of a date for the start of accession negotiations with Albania and North Macedonia. However, the continuation of negotiations that are already underway with Serbia, as well as closer rapprochement with Bosnia-Herzegovina, are also on the agenda. A separate EU summit will also be held to address these in Zagreb in May.

However, France, in particular, has huge reservations about further enlargement. It is also uncertain to what extent Croatia is able to act as a "fair and honest broker" in this process, and be seen as such, as the Croatian Prime Minister Andrej Plenkovic has declared it will. Croatia's relations with its former enemy Serbia and with neighboring Bosnia-Herzegovina are not exactly characterized by mutual trust.

Croatia is still in dispute with Serbia over various unresolved issues from their recent war-torn past. Zagreb places particular emphasis on the importance of clarifying the fate of the many people who are still missing and unaccounted for. It accuses Belgrade of failing to cooperate properly on this. Furthermore, it expects the Serbian government finally to put the war criminals from its own ranks on trial, and also, ideally, to admit that it was guilty of aggression.

In its relations with Bosnia-Herzegovina, the main bone of contention is the status of the Croats living there. The government in Zagreb, and above all the ruling Croatian Democratic Union (HDZ), see themselves as patron saints of the Bosnian-Herzegovinian Croats and accuse the current central government in Sarajevo of trying to marginalize them. They're especially at odds with Zeljko Komsic, the Croatian member of the three-member presidium, as he was elected predominantly with the support of Muslim Bosniaks.

There is also a dispute about plans for an EU-funded bridge across a Bosnian-Herzegovinian bay on the Adriatic. Croatia's good relations with the Bosnian Serb leader, Milorad Dodik, who has never concealed his separatist aspirations, are also regarded with suspicion in Sarajevo.

The United Kingdom is scheduled to formally leave the European Union on January 31. After that, negotiations over Britain's future relations with the EU, including a free trade agreement, will begin. However, Croatia's role in this process will be more of a supporting one.

"We want to help all EU members and the European Parliament to ratify the treaty ending British EU membership as early as January, so that we then have eleven months to reach an agreement on future relations," Andrej Plenkovic has said. The Croatian prime minister has emphasized that Michel Barnier will continue to be the EU's main Brexit negotiator. In any case, Brexit is only of peripheral interest for Croatia — it is more a task for the big players, such as Germany, which will take over the bloc's presidency from Croatia on July 1.