So far, German Chancellor Angela Merkel's government has not been particularly ambitious with regard to EU affairs. But next year provides ample opportunity to make real progress. 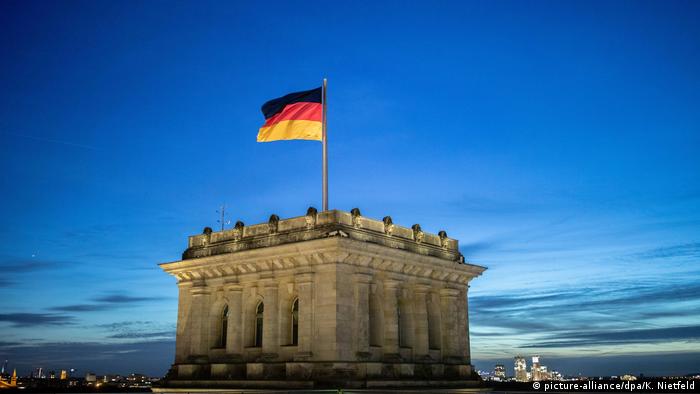 2020 will be a big year for Germany when it comes to European affairs. Berlin will take over the rotating presidency of the Council of the European Union in July, but even before then German Foreign Minister Heiko Maas has come out to push for a "strong and sovereign Europe."

To make Europe a bigger player on the world stage, Maas called for a European Security Council to tackle foreign affairs and security issues — such a council could even include the post-Brexit United Kingdom.

Conservative German lawmaker Gunther Krichbaum, who chairs the Committee on European Union Affairs in the Bundestag, supports this idea. In fact, he approves of pretty much any measure that will keep Britain close to the EU. Franziska Brantner of the Greens thinks that negotiating a new relationship between Britain and the bloc will be the biggest challenge in European politics next year. She also expects British Prime Minister Boris Johnson to be a tough negotiator.

The UK is currently set to leave the EU on January 31, 2020. This will mean coming to a new arrangement with Britain, particularly on trade. Brantner envisions a close and fair trade relationship, and hopes Britain will subscribe to the EU's social and environmental standards. She believes it will be "Germany's key job to protect the single market."

Britain and the EU will have to agree on their future relationship by the end of 2020, which falls into the period of Germany's presidency of the Council of the European Union from July to December next year. Not only that. During this time, the EU will also have to agree on the so-called multiannual financial framework for the period from 2021 to 2027. And much will depend in Germany's influence.

With Britain's departure from the bloc, the EU loses a major net contributor. The European Parliament has therefore called on the remaining member states to raise their payments to increase the bloc's current budget – something Germany's government rejects. But the German Greens say budget increases are necessary. According to Brantner, "the German government wants to cut the European budget, which is absurd in light of the tasks ahead."

Krichbaum agrees that the EU faces big challenges that require a generous budget. The conservative lawmaker, however, believes the bloc could cut costs in some areas, or transfer responsibly for certain tasks to member states. He is insistent, meanwhile, that the EU must make progress in terms of combating climate change and on geopolitical issues.

European Commission President Ursula von der Leyen has announced she wants to launch a Green Deal to tackle climate change. And the German government has stated that the future will be all about devising a plan "to become greenhouse gas neutral by 2050." Krichbaum says this will be a massive project. Brantner considers it a serious challenge, which she believes Germany ought to do more to address: "I would like to see the German government courageously lead the way instead of staying neutral."

During Germany's presidency of the Council of the European Union, it will host an EU-Africa summit and a EU-China conference. The latter summit will see the bloc's 27 heads of state and government meet a large Chinese delegation in Leipzig. Actors are already eagerly anticipating this meeting, which falls into a period where — in Germany's view — a hole of host of problematic issues need to be addressed.

Among them is the question whether or not Huawei should be given the green light to help Germany set up its 5G infrastructure. Brantner argues that Germany should not pursue a national approach but instead work towards establishing a common, European 5G strategy. She also wants Germany to bring up China's human rights record, for example with regard to the persecuted Uighur minority and Hong Kong's pro-democracy movement.

The EU-Africa summit, meanwhile, will be about bringing both continents closer together. According to Krichbaum, the bloc for many decades woefully neglected its ties with Africa. Now, he says, it is time to strengthen their relationship: "We cannot expect others, like the US, to get involved there when this continent lies at our very doorstep."

Read more: Merkel's Compact with Africa has yet to take off

The Greens' Brantner wants Germany to change its perspective on Africa as well and to acknowledge the potential it offers. She says there could be much more cooperation on renewable energy, and that migration is a key topic also. She wants there to be more opportunities for Africans to legally emigrate to the EU, and wants the bloc to fairly support African nations.

Krichbaum and Brantner both agree that Germany's presidency of the Council of the European Union could bring fresh momentum to the country's European policymaking. Moreover, they believe, it could bring great progress to the continent on the key issues of the future — though Germany alone will not be able to deliver this progress, as Krichbaum, Brantner and most European will surely agree.

Lawmakers and government officials from the 28 member states have agreed to provide around €153.6 billion in disbursements next year. EU leaders called for more funds to tackle climate change and youth unemployment. (19.11.2019)

Energy firm RWE says it has reached a deal with the government to bring forward its phaseout of coal to 2030 in order to help achieve climate-protection goals.