A comprehensive study by the Bertelmann Foundation has examined the impact of the EU's internal market on real incomes in European regions. 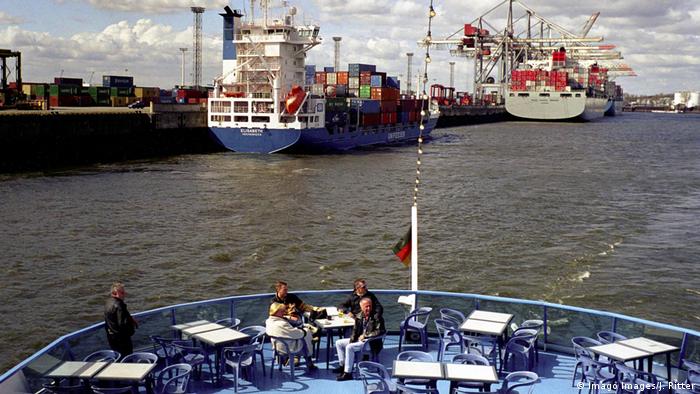 A study released Wednesday by Germany's Bertelsmann foundation detailed the benefits of the EU's single market according to where people live.

"On average, the Single Market increases the incomes of its citizens by around €840 ($940) per person per year," the report concluded. It analyzed the effects of the internal market on the gross domestic product (GDP) per capita and year.

"The EU Single Market is one of the biggest drivers of prosperity in Europe. Although some regions gain more than others, everyone wins," Aart De Geus, chairman and CEO of the Bertelsmann Stiftung said in the report.

Germany's Hamburg and Munich regions as well as those in Europe's smaller "core" exporters such the Netherlands, Austria and Belgium were highlighted.

Read more: How the EU funds its disadvantaged regions

But Germany also shows a major discrepancy between former east Germany, and the western states. The gains for Brandenburg and Mecklenburg-West Pomerania were only €672 and €700 per person.

Zurich and London are among the regions in which inhabitants benefit the most, with income gains of over €2,000.

Zurich in non-EU Switzerland had enjoyed per capita gains of €3,590 and Brexit-affected London €2,700. This indicates that "some of the biggest winners" were outside or "could be leaving the EU," said Bertelmann economist Dominic Ponattu.

Across southern Europe, the gains were lower: "partly because competitiveness lags behind," the study's authors said, citing Spain at €590, Portugal at €500  and Greece €400 per person.

Bulgaria, Romania (the current EU host nation) and Greece gained the least — spread between €150 and €500 — where the EU ran "significant" programs to boost infrastructure.

The study concluded a wider application of EU rules and common standards would be beneficial so that service-industry firms and workers gained fairly across Europe.

Prime Minister Theresa May is against it, level-headed business leaders say it's essential: Britain's membership of the EU Customs Union and Single Market is a divisive issue. DW looks at what it all means. (22.06.2018)

German Chancellor Angela Merkel has warned that Britain will not be able to access the EU single market if it refuses to accept the free movement of people. Her remarks foreshadowed tough Brexit talks. (06.10.2016)

The Party of European Socialists wants to distance itself from its Romanian comrades — but there's still no consensus over how to do so. This hasn't done any favors for the party's credibility, writes Robert Schwartz. (05.05.2019)