Visiting Europe′s ′gastronomic capital′ in Romania | Europe | News and current affairs from around the continent | DW | 28.04.2019

All eyes — and stomachs — are turned to Sibiu, a "European Region of Gastronomy" for 2019. Medana Weident reports from the heart of Transylvania on the area's rich culinary traditions and cheese secrets. 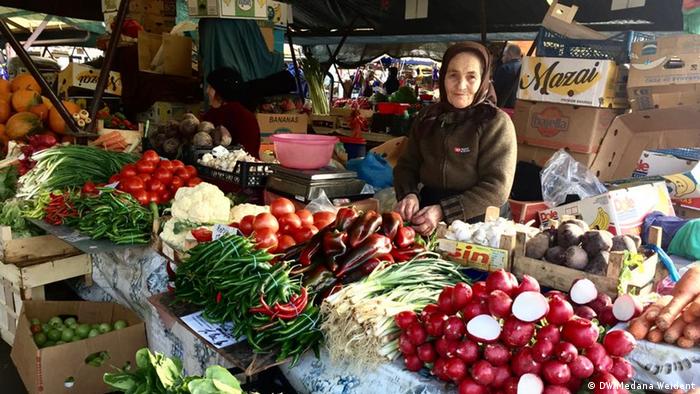 Southern Transylvania, at the foot of the Carpathian Mountains, is well-known for its many attractions and popular both within Romania and abroad. One of the most noteworthy of those attractions is the beautifully restored historic city center of Sibiu.

The region of the same name, which for hundreds of years was home to a large ethnic German population, also offers picturesque countryside villages and hiking trails that meander through pristine nature. Add to that health spas, salt lakes and fortified medieval churches. And not least, of course, there is the food — still prepared in the traditional manner and the basis of a diverse regional cuisine. 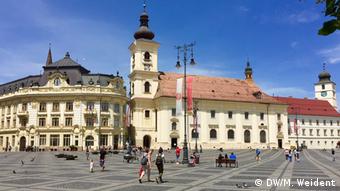 The city of Sibiu is currently home to nearly 150,000 people

"This year, all roads lead to Sibiu," says an exuberant Alin Chipaila, head of the local tourism association. And indeed, in 2019 Sibiu is one of two featured "European Regions of Gastronomy" as chosen by the Barcelona-based international culture and tourism non-profit IGCAT. In addition, the medieval capital will also host the upcoming EU summit on May 9.

Another highlight on the calendar is Sibiu's annual international theater festival, which has grown to be among the world's most important, alongside those in Avignon, France and Edinburgh, Scotland.

Throughout the course of the year, Sibiu and the adjacent villages will host a number of events and festivals related to the gastronomic distinction. Featuring regional and seasonal products, these events and other related projects will directly benefit area producers, both large and small, Chipaila says: "Gastronomy is very important for the region's sustainable development."

Those who want to experience the rich tradition of Transylvanian cuisine, and especially that of Sibiu, should not miss the chance to visit the area's colorful farmers' markets with their wide range of tasty, fresh, seasonal produce.

"Our Transylvanian cuisine lives from the many influences introduced by various ethnic groups that lived here over the centuries: Romanians, Germans, Hungarians, Jews, Armenians, Roma, Greeks, Turks … in the end there are no fewer than 11 such groups," says Chipaila.

One way to discover this exciting cuisine is to take a stroll through the many wonderful bistros and restaurants that populate the city and its neighboring villages. But one can also take a more rustic approach, for instance, by following the so-called cheese route.

Not only are the region's meat products — meats and sausages, often smoked — loved throughout Romania, so, too, are its cheese products produced with milk from buffalo, cows, goats, and, above all, sheep. It is said that the very best sheep cheese is produced in the picturesque villages outside Sibiu. 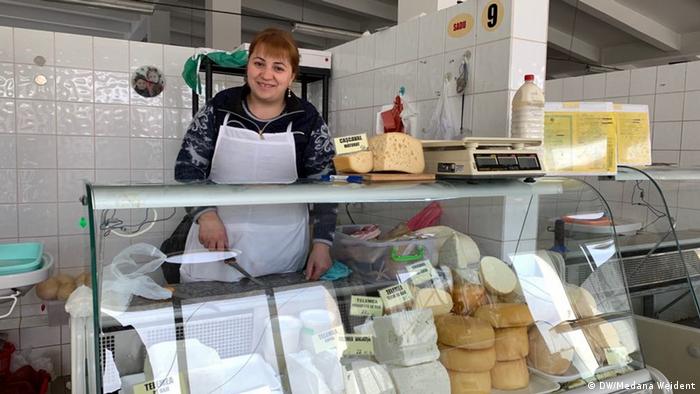 "The grass in our meadows is what makes our cheese so special," Livia Voinica says with heartfelt enthusiasm. "But it also has to do with our purely natural ingredients: milk, rennet, and maybe a little salt."

Cheese has determined Voinica's life in the village of Sadu for almost all of her 34 years. Since she was a child, she has been helping her mother at home on the dairy farm and selling products at markets.

She works hard and has little free time, yet she is fine with that: "The whole family pitches in, there's no other way." She can be found at the market nearly every day, and her cheese products are highly sought after: "Telemea," a traditional brined cheese similar to feta; "Burduf," a flavorful cheese ripened in fir bark or a sheep's bladder; or "Urda," a creamy soft cheese — all made from sheep's milk.

When asked how big her flock is she remains tight-lipped. "We don't talk about age, money or sheep here," she says with an amused smile.

Rural tourism has also become extremely popular in the region and is evidenced by the skyrocketing number of countryside inns offering regional products and Transylvanian dishes.

The Ileana guest house in Orlat, some 15 kilometers (9.3 miles) west of Sibiu, opened almost 20 years ago. Dorin Beu runs the inn with his wife, whose name it bears. 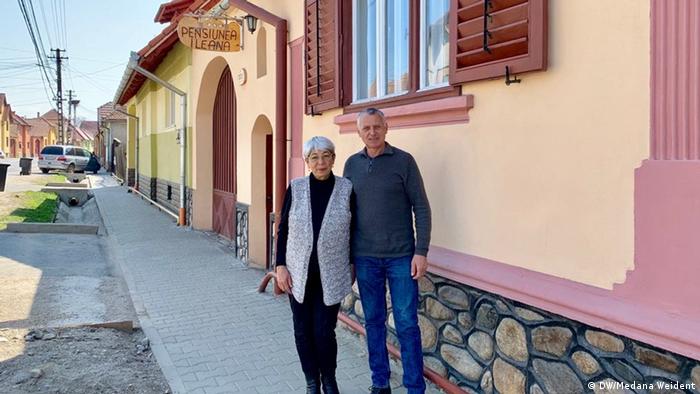 The guest house 'Ileana' bears the name of Beu's wife. The couple run the establishment together.

"Most of our guests come from Western Europe — mostly Germany and France," he says. "The German tourists love to hike, visit the fortified churches and are very curious about our local cuisine. We have some guests that have been coming here for more than 10 years."

Last year, more than 600,000 people visited the Sibiu region, 150,000 of them from abroad, Chipaila says. And while he's happy with the numbers, he nevertheless hope the new gastronomic distinction will prompt even more foreign visitors to come.

"Of course we're glad that all eyes will be focused on Sibiu again — like back in 2007, when we were the cultural capital" of Europe, he says.

Stuffed cabbage with Polenta from Romania

The medieval city of Sibiu