EU funds spent on ′brutal revamp′ of Romania′s Saxon churches | Europe | News and current affairs from around the continent | DW | 26.08.2015

In Transylvania, centuries-old churches are being "brutally revamped" using EU funds. Original features have been stripped in restoration projects mired in conflicts of interest. Luke Dale-Harris reports from Sibiu. 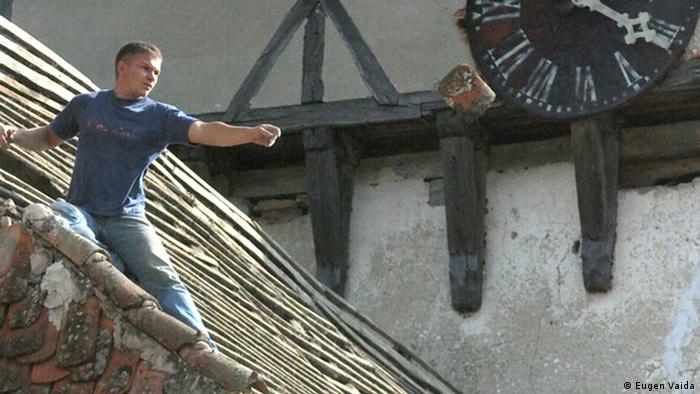 Standing to face a room full of angry conservationists, the Romanian Evangelical Church lawyer Friedrich Gunesch looks red faced and shaken. Over the last four hours he has faced accusations of corruption, ineptitude and the deliberate destruction of historical monuments, as restoration specialists and investigative journalists put forward evidence against his office. They are all trying to establish the same thing: How did an EU funded, multi-million euro restoration project end up wrecking many of Romania's most treasured churches?

The buildings in question are no normal churches. Built as long as 800 years ago by a German speaking population who had settled in the heart of Transylvania, they tower like castles over the surrounding grid plan villages. Huge fortified walls hem the churches in, while church spires double as medieval look out posts and, more recently, picturesque land marks for the many hikers who come here to walk the wooded trails between the villages.

Named after the population that built them, they are known as the Saxon churches, and there are over 200 of them dotted across central Transylvania. Until recently, almost all had survived the centuries, and even the destructive march of Ceausescu's communism, relatively unchanged.

This began to change with the introduction of EU funds. Over the last five years, almost 20 million euros ($22 million) have poured into Romania for the restoration of these churches from the European Regional Development Fund. So far, 18 churches have been brutally revamped, and another 12 have been targeted for work.

Across almost all the churches, conservationists are reporting the same things. They describe how traditional plaster was hacked off with power drills and replaced with cement, traditional wooden beams were sawed through with chainsaws and ancient engraved tiles deliberately smashed to make way for new, bright red factory-made tiles. Archeological surveys were either missed out completely or carried out quickly and inadequately. 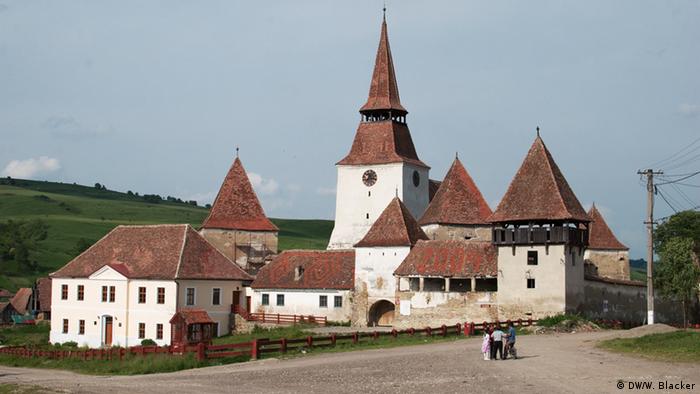 A Saxon church in the village of Archita, shown before being restored

After a visit to the site of two of the churches, John Munro, a British restoration expert working with the Prince's Trust Foundation, wrote a letter to the Evangelical Church Office complaining that the restoration work would lead to "accelerated decay." Citing a specific church in the village of Crit, he wrote: "I can say that I have seen many poor and inappropriate repairs on historical buildings, but none have shocked me as much as the work being carried out on the church in Crit."

The Evangelical Church Office, and in particular their lawyer, Friedrich Gunesch, is responsible for managing the restoration projects, contracting the building companies and handling the vast sums of money that are coming in from Brussels.

Taking advantage of the EU

Eugen Vaida, an architect and conservationist specializing in historic tiles, collected evidence of the deliberate destruction of historic artifacts in the church restoration projects over the course of the last five years. When his evidence was presented to Gunesch, the lawyer replied that they had done the best they could with the available money.

Vaida argues that that not the case. "The decisions were not taken with the intention of preserving heritage, there are other intentions there. They have changed the roofs that were in good shape and of high quality, and they used the money for smashing down old tiles and replacing them with industrial ones. Traditional tiles usually last for 150-200 years and often carry unique engravings and drawings from the craftsmen."

All but a handful of the new tiles, which now punctuate the Transylvanian countryside, come from a single company called Tondach Romania, a tile factory based in the city of Sibiu. The managing director of Tondach is close friends with Gunesch, and the company gave money to the church to fund their marketing campaign for the restoration project, the church lawyer has confirmed.

A source from the tiling industry who has worked on multiple occasions on restoration projects with the Evangelical Church told DW that criteria in the project was specifically designed by the church to reroute as much money as possible to Tondach. "The fact that only Tondach tiles were used in the restoration works can be explained because they are influencing the contractors in a variety of ways," the source said. The church denies the claims, but has repeatedly refused to provide documentation to prove otherwise. Tondach declined to comment.

"It is a disastrous mix of corruption and the desire to get as much money out of the EU as possible for these projects that cause the problems," says Hans Hedrich, co-founder of the heritage and environment conservation NGO Neuer Weg. "It means no one is interested in how the project looks or what is destroyed, but only how much money they can get for themselves and their friends' companies." 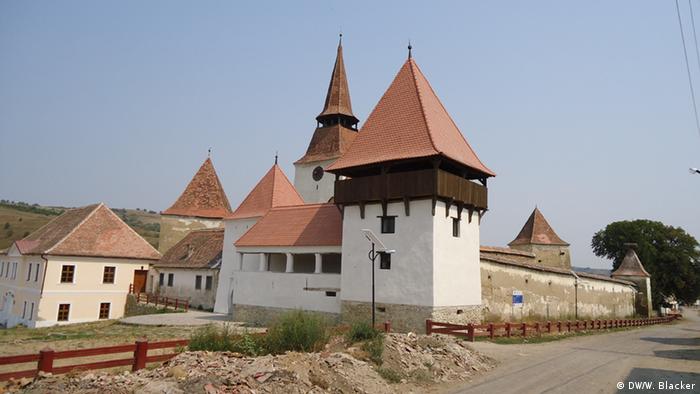 The Archita church after restoration work, which conservationists criticize

According to Transparency International's Corruption Perceptions Index, Romania is one of the European Union's most corrupt countries. EU-funded projects make up a significant part of this: Since 2010, there have been 314 convictions for corruption with EU-funded projects in Romania.

"Corruption with EU money starts even before the money has entered the country - in the application stage," says Andrei Macsut, a researcher with corruption watchdog Romania Curata. "It then spreads from there, through the whole bureaucratic process of spending the funds."

Following a string of complaints about the restoration of the Saxon churches, the European Commission is now organizing a seminar to hear criticisms and assess evidence as to what went wrong. Meanwhile, the Evangelical Church Office is gearing itself up for another round of restorations. But this time, all eyes are on Gunesch.

"It is the simple greed of a few individuals, but it costs us our history," says Hedrich. "But we are watching and protesting, and we won't stop."

Transylvania in central Romania is undergoing a renaissance of sorts. Cultural and social projects are serving as a model for the whole region. (20.08.2015)

Romanian Prime Minister Victor Ponta has been charged with fraud, tax evasion and money laundering. And calls for his resignation are becoming louder, even among his erstwhile supporters. (14.07.2015)

From 2024, all phones, tablets and cameras will have to be USB-C compatible. This poses a problem for Apple in particular.