EU moves toward wage equality for foreign workers | Europe | News and current affairs from around the continent | DW | 03.03.2018

Labor reps are satisfied, but many Polish companies will complain. The EU is strengthening the rights of posted workers; higher wages will make labor more expensive in Germany. Bernd Riegert reports from Brussels. 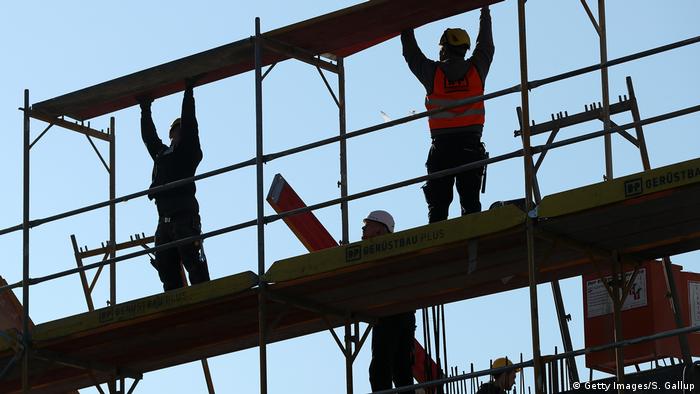 It is not yet law, but the principles are now clear: Posted workers sent from their home country to another in the European Union should, in future, receive higher wages and have the same rights as local workers. "This is very good news," said Marianne Thyssen, the European Commissioner for Social Affairs and Labor Mobility. "We don't want wage dumping."

The commissioner knows the details well: earlier this week, she negotiated through the night with colleagues from the European Parliament and the Council of Ministers, representing the 28 Member States, in order to reach an agreement. The negotiations on the reform of the Posted Workers Directive, which regulates the working conditions of workers in their host country, have been ongoing since March 2016. "We have agreed on the basic principle that the same wages should be paid at the same place for the same work," Zornitsa Roussinova, the Bulgarian minister for employment, who was representing the member states in Brussels, told DW.

The standard wage applies to all — in principle

The agreement between the three EU institutions, the Commission, the Council and the Parliament provides that:

- wages that are agreed upon in collective agreements for a place of employment, such as Frankfurt am Main, apply to all employees regardless of whether they come from Germany, Poland or Hungary. Regional collective bargaining agreements that apply, for example, only in the state of Hesse, where Frankfurt is located, are also applicable. This should lead to more net payments for posted employees.

- where there are no collective agreements, the legal minimum wage is to be paid to all employees, regardless of where they come from.

- costs for accommodation and transport will not be able to be deducted directly from wages.

In principle, these regulations should also apply to the transport industry and truck drivers, who were previously excluded. However, long phaseout periods will apply here.

The European lawmakers involved in the negotiations on the Posted Workers Directive talk of a "partial victory" for workers' rights. Green party Delegate Terry Reintke said after the long night of negotiations: "The agreement is a breakthrough for social Europe. The revised Posted Workers Directive provides better protection from exploitation for seconded employees. Posted workers have significantly more money in their pockets and are treated on an equal basis to local workers."

Until now, Poland in particular has been against any reform. With 500,000 posted workers it has the highest number among EU member states. However, EU Commissioner Thyssen has the impression that the Polish side will accept the compromises. "We can also pass the new law with a qualified majority," Thyssen said, which means that it can happen, if necessary, without Poland.

Incidentally, Germany is the second-largest sending country, with 260,000 seconded employees. The directive will apply not only to workers on construction sites, in slaughterhouses or restaurants, but also to highly qualified and highly paid experts working abroad in the EU for a few months.

According to Bulgarian Labor Minister Roussinova, the final draft of the law on posted workers is due to be passed in June. "Many details still have to be clarified," she said in Brussels.