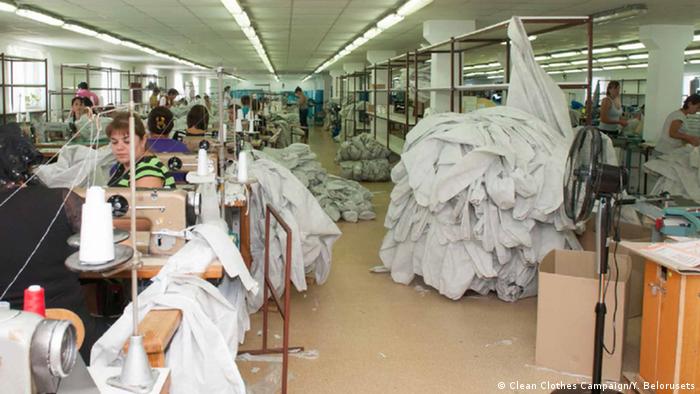 Many garment workers in Eastern Europe, such as those seen here in a Serbian textile factory, complain of suffering under exploitative and abusive labor practices

Two garment factory workers recount stories about the dark side of the textile industry. "I told the supervisor I couldn't breathe near this machine. It is already 30°C in the factory, and if we work at near the machine it would be much hotter," says worker from a textile factory in Serbia. In response, the supervisor turned the machine's exhaust pipe to direct the fumes in the faces of the seamstress and her co-workers, and said, "That's your problem, and if you can't deal with it, there are enough people waiting to take your place! The door's over there!" Another worker reveals: "Management asked us to raise money to buy a blood pressure monitor because they themselves will 'treat' us and will not call a doctor if we faint.

The two women have asked to remain unnamed - like everyone else who had the courage to describe working conditions in the Serbian textile industry for a study conducted by Clean Clothes Campaign (CCC), an international organization dedicated to improving working conditions in the garment industry. Many Serbian workers are scared of losing their jobs as they are considered to be the lucky ones for getting a job in the private sector in a country where the overall unemployment rate is 16 percent and 30 percent for young people. In Serbia, the well-paid jobs are in state institutions and hiring is based on connections and political affiliation.

The human cost of bargain clothing

Textile industry workers in particular are forced to accept inhuman working conditions and the tyranny of arrogant superiors in an industry predominantly owned by foreign stakeholders who manufacture clothing for the Western European market. An atmosphere of fear prevails: There are constant threats of dismissal and workers are denied part of their statutory minimum vacation, if they are even allowed to take it at all.

"Female workers report that they are treated like machines or like slaves, not like human beings. They are yelled at; sexual harassment is part of everyday life," says Bettina Musiolek, the CCC coordinator for Eastern and Southeastern Europe.

This all happens in jobs that pay less than a country's minimum living wage and expect many hours of unpaid overtime. The legal minimum wage in Serbia is 278 euros per month, but a family of four needs at least 652 euros a month to make ends meet.

The women who work in the textile industry earn an average of 202 euros a month and 227 euros a month in the leather and shoe industries. The sector employs around 100,000 people in Serbia, which is the equivalent of about eight percent of the country's workforce.

A low-wage paradise in the heart of Europe

Garment industry conditions in the new emerging economy, Serbia, are no different than in other low-cost manufacturing countries. "For global fashion brands, countries in Eastern and Southeastern Europe are low-wage havens," conclude the authors of the study. Well-known retailers, like H&M, Benetton and Esprit, or even luxury brands like Louis Vuitton, Prada and Versace manufacture their expensive products in low-cost factories.

The European sweatshops are known for their cheap but experienced and qualified workers. As a rule, the companies pay the workers – the majority of whom are women – the statutory minimum wage, which ranges from 89 euros a month in Ukraine to 374 euros a month in Slovakia. In order to secure a family's livelihood and enable it to meet its basic needs, wages would have to be four to five times higher. 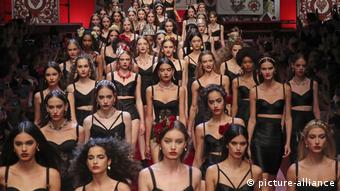 Consumers are being misled

Many brands have "Made in Europe" or "Made in EU" written on their labels, thereby suggesting that the garments have been produced under fair conditions, while "in reality, many of the region's 1.7 million garment workers live in poverty," reveals the CCC study. "Sometimes we just don't have anything to eat," said a woman in a textile factory in Ukraine, while a worker in Hungary said, "Our wages are just enough to pay for heating and utilities."

These conditions are only possible in a pro-employer environment. "It is essentially a union-free zone. No one represents the workers' interests effectively," says Musiolek. Governments also provide foreign companies with direct and indirect subsidies. In Serbia, for example, businesses are given high subsidies, plots of land below market price or even for free, tax breaks and free infrastructure in many cases. In addition, governments "set very low minimum wages," Musiolek points out. 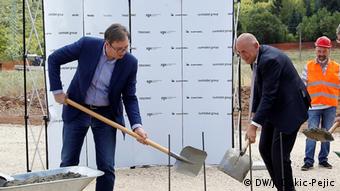 Stefan Aleksic, one of the authors of the study, told DW that an economic race is underway in Southeastern Europe. "Many poor countries surround Serbia and everyone is fighting for the same investments. A climate of competition has emerged: Who will offer foreign investors better conditions for cheap manufacturing?" explains Aleksic. The result is devastating. "The state funds the retention of a backward economy."

Despite everything, the Clean Clothes Campaign does not call for a boycott of the companies involved. "The workers keep telling us, 'We need these jobs.' They have to be paid properly and working conditions must be adjusted to meet EU standards," says Bettina Musiolek. But there is still a long way to go. "First of all, the unions need more support. These conditions, reminiscent of early capitalism, and the weakness of labor market actors are shocking."