′Partnership for Sustainable Textiles′ unraveling | Germany | News and in-depth reporting from Berlin and beyond | DW | 03.08.2017

Too much bureaucracy, too many regulations: Three years after its creation, the "Partnership for Sustainable Textiles" is losing members. But Germany's Development Ministry still stands by the alliance's ambitious aims. 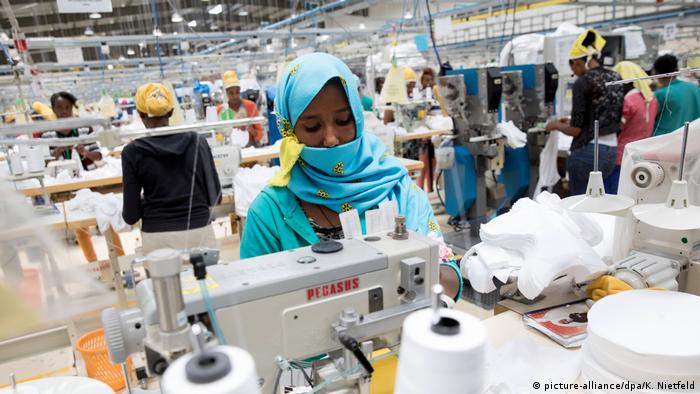 1,135 dead, 2,438 injured – that was the grisly human toll of the Rana Plaza catastrophe in Bangladesh four years ago. The collapse of the Savar building, which housed a garment factory, was one of the main reasons behind the creation of the "Partnership for Sustainable Textiles," which Germany's federal minister for cooperation and development, Gerd Müller (Christian Democratic Union/CDU), established in 2014.

"We do not want to wear clothing made by people whose human rights are being trampled," said Müller at the time. The clear aim of his initiative: "To improve global textile manufacturing – from the production of raw materials all the way to disposal," as the Partnership's website states.

Yet three years after the Partnership was formed, disillusionment is setting in. The Federal Ministry for Economic Cooperation and Development (BMZ), which had originally wanted to oblige large firms to uphold certain social and environmental standards, has been forced to accept the fact that some of those large fashion companies do not want to be told which guidelines they have to follow. Instead, an alliance was formed in which every member regularly presents a list of measures that it has decided upon itself. The main thrust of such measures is to improve working conditions in the countries where companies' garments are actually being produced.

In late 2016, German members in various working groups agreed upon a number of paths forward. The Partnership's steering committee, which itself represents members from various production sectors, determined that members must present concrete plans listing their self-declared obligations, so-called "Roadmaps," by the end of March 2017. But some 40 companies and associations refused to go along with the plan. They presented no specific steps to establish controls, and thus, were forced to leave the Partnership.

The European supermarket chain Real and the traditional German clothing company Trigema were among those who left the alliance. In early 2017, some 190 members, including clothing industry giants such as Adidas and Gerry Weber as well as a number of unions and non-governmental organizations (NGOs), belonged to the Partnership. Now it has 148 members.

Read more: 5 materials you probably didn't know could be turned into fashion

"It is certainly sad [when companies withdraw]," says Berndt Hinzmann from the NGO Inkota, which is an alliance member. "When I think about the companies that are getting out now, I ask myself: How serious were they? The power of such an alliance ultimately lies in the breadth of its market coverage, that gives it the ability to maintain pressure on suppliers in Vietnam or Cambodia or Bangladesh. Those that have withdrawn must ask themselves if their membership was nothing more than lip service from the start."

Trigema owner and CEO Wolfgang Grupp denies the accusation. "I got out a couple of months ago because I thought it was senseless that I, who produce exclusively in Germany, was supposed to draft a roadmap stating that I was not using child labor and that I was abiding by German social laws," Grupp told DW. "I was told that I would have to hire someone to monitor and prove that we were actually doing what the law determined we should. That is all he would do, day in, day out." 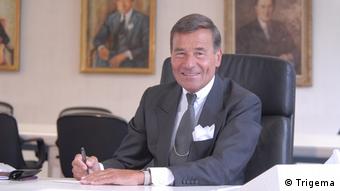 Trigema gets its thread and cotton from Turkey and Greece, but says that its partners there are family businesses that are regularly inspected and certified, a fact that Grupp emphasizes. In general, Grupp thinks cooperation in the textile industry is a good idea, "but the question of feasibility remains." If big companies withdraw, and prices go up for members because of stricter regulations, then those companies are put at a competitive disadvantage.

Currently, the Partnership's members cover about 50 percent of the German textile market. In this case: more is more, the larger the number of participating textile manufacturers the greater the pressure they can put on suppliers to uphold improved working standards. But fear of competitive disadvantage and of detailed demands have tended to scare away smaller companies.

The eco-toymaker Zwergengrün said it would have liked to remain in the Partnership but could not fulfill all of the conditions laid out in the alliance's roadmap guidelines. The international clothing giant H&M, on the other hand, is still a member of the Partnership for Sustainable Textiles. Anna-Kathrin Bünger, spokeswoman for H&M Germany, says that the company believes that the alliance is very important in order to further sustainability in the clothing industry. 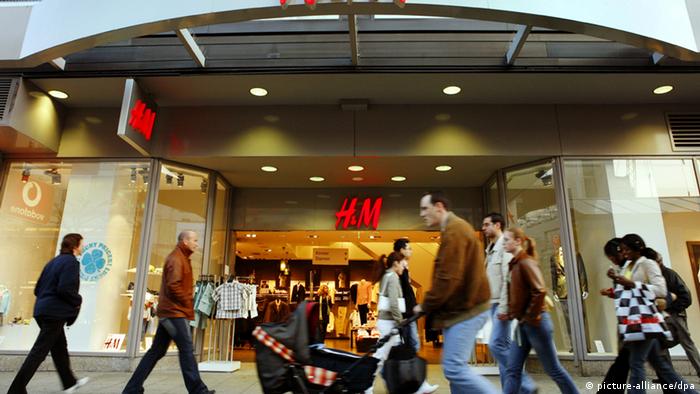 "H&M has been pushing for the sustainable improvement of the entire production process for years. We communicate progress towards those ends in our annual sustainability report," as Bünger wrote in an e-mail to DW. "We used aims and measures listed in the reports as the basis for our roadmap so far as these seemed practicable."

Back at the BMZ it is hoped that members who have withdrawn from the Partnership may perhaps be persuaded to rejoin again at a later date. "Membership in the Partnership for Sustainable Textiles is ambitious and set goals are binding," as a spokeswoman told DW. She also admitted: "The creation of roadmaps requires a lot of work in the first year, but it becomes much easier once the process has been established."

The Ethical Fashion Show Berlin is an interesting mix of stylish clothes and sustainable green thinking. DW's Harald Franzen went to see whether sustainability and style go together. (07.07.2017)

The discount fashion business keeps growing because low, rock-bottom prices are seemingly irresistible for German shoppers. Are there limits to its growth in one of Europe's most fiercely contested fashion market? (27.02.2017)