Germany has launched an alliance of industry associations, importers and NGOs to press for a more socially responsible, ecologically sustainable clothing supply chain. But many key players are refusing to join. 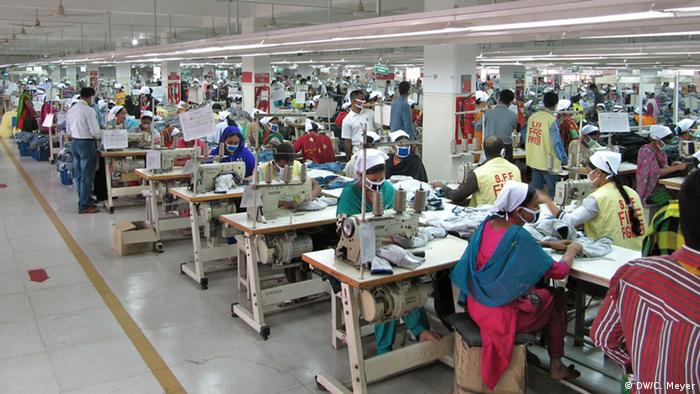 Gerd Müller, Germany's Minister for Economic Cooperation and Development (BMZ), launched a new Textiles Alliance in Berlin on Thursday. Its goal is to help move the international textile supply chain toward better labor and environmental practices.

Müller's ministry wants to see improvements at every link in the supply chain - from the cotton fields through the textile dyeing and clothing production process to distribution and retail.

Among other aims, the Textiles Alliance seeks decent wages, an end to forced labor and child labor, respect for safety standards, and a stop to the use of certain particularly environmentally toxic chemicals in the textiles supply chain.

Membership in the alliance is voluntary, however, and while the ministry reported that 29 textiles companies and associations had joined the Textiles Alliance in time for Thursday's launch, many key industry players and associations in Germany gave notice that they would not join.

"A gap-free monitoring of all production steps from the cotton fields to the retail-store clothes-hanger is unrealistic," said Jan Eggert, general manager of AVE, the German association of importing retailers. 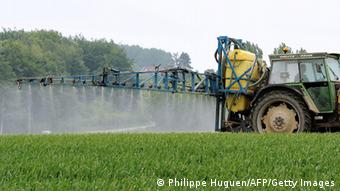 Cotton is grown on about 2.5 percent of global farmland, but uses a disproportionate amount of dangerous herbicides, fungicides and insecticides

The Confederation of the German Textile and Fashion Industry and GermanFashion, an association of fashion retailers, likewise said they would not participate, saying that some of the objectives put forward by the Textiles Alliance were not achievable.

"This is the case in particular for the worldwide enforcement of German social and labor standards outside our own enterprises, as well as refraining from the use of certain irreplaceable chemical substances," the two associations said in a statement.

The early stage of a long-term effort

Minister Müller has often spoken of his shock at tragedies like the collapse of the eight-story Rana Plaza factory in Bangladesh in April 2013, in which 1,129 people lost their lives and another 2,515 were injured - after being ordered to go to work despite cracks having appeared in the building the day before the collapse. He has also been critical of the "starvation wages" paid by many Asian textile companies.

The ministry has said that the short-term goal of the Textiles Alliance was to bring the players in the supply chain to the table to discuss the issues. The medium-term goal is to achieve a set of minimum social and environmental standards in practice.

The basis for the Textiles Alliance was an action plan that the ministry developed in consultation with various textiles association functionaries and representatives of some firms.

Müller said that his ministry sees a German Textiles Alliance as merely the first step in what he hopes will become a European effort over time, with non-German players joining the Alliance.

A spokesperson for the opposition Green Party, parliamentarian Renate Künast, was critical of Müller's approach to the problem, and characterized it as insufficiently ambitious.

"Minister Müller has messed this up," said Künast.

She said that Müller's strategy of trying to address the problem through purely voluntary industry participation, focused only on the German market, has failed in the face of industry opposition.

Künast said a European Union-scale approach based on social and environmental regulations covering all textiles imports would have been far better.