Four years ago the Rana Plaza factory in Bangladesh collapsed, killing 1,100 people. Working conditions have improved since then, but wages have not. Maria Zimmerman reports from Dhaka. 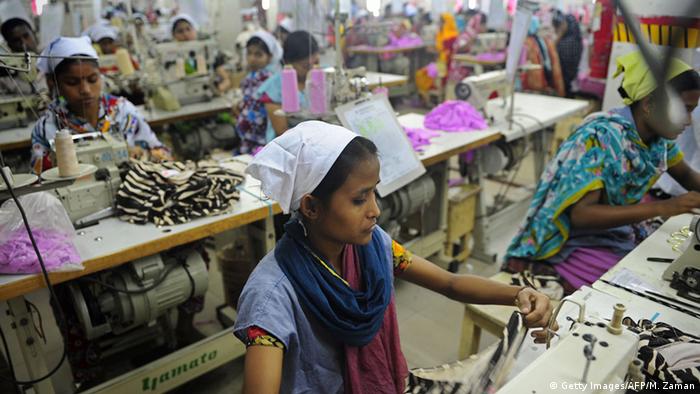 It is late afternoon as Ashik and his wife Rahinur put long pieces of wood in the fire pit. As has been the case for weeks, today's meal will just consist of rice and a little bit of dried fish. Their son, Himel, is five years old and he is sick. His kidneys have been bothering him for weeks. His parents say they don't think he is getting adequate nutrition. But the family does not have enough money to visit a doctor. They have been living without any income for the last four months.

Ashik and Rahinur were factory workers in Ashulia, a suburb of Dhaka in Bangladesh. Ashik folded the sweaters and pants that Rahinur sewed. Clothing that would later be sold to European clothing chains like H&M and Zara. If they worked overtime, meaning they were in the factory for 14 hours a day, they earned about 180 euros ($193) between the two of them. National minimum wage in Bangladesh is 35 euros per month.

"It was very hard work," says Ashik. "When we got home we were very, very tired and exhausted." The money was just enough to cover food and rent, but they could not afford health insurance. Aslik and Rahinur hoped that if they saved a little they would one day be able to buy a television. 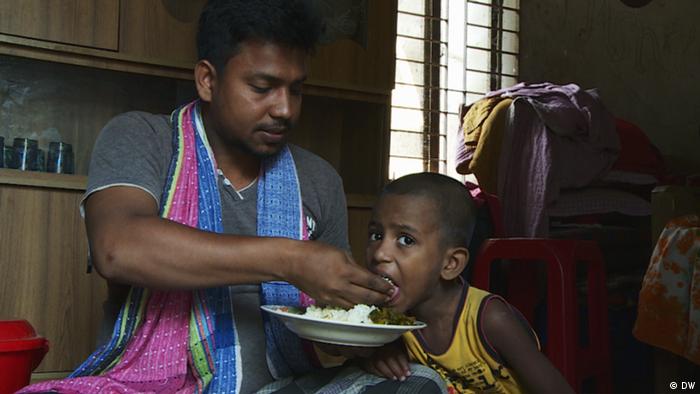 Ashik with his son. The family can only afford to live on rice and some dried fish.

If you strike, you lose you job

In December 2016, Ashik and Rahinur took to the street to protest for better wages. The strike shut down 55 factories for a week. That was when the police stepped in and ended it. A short time later there was a knock at Ashik and Rahinur's door. Three police officers arrested Ashik, a union member, and threw him in jail for two months. Another 1,500 workers lost their jobs as a result of the strike, and 35 union members were jailed. Now their names are on a blacklist and they cannot find work.

Some 3.5 million people are estimated to be working in Bangladesh's textile industry. Less than five percent of them are in organized unions. They were unable to get pay raises with their protest last December. The unions are weak and employers are strong and influential. Factory owners say that if workers want more money foreign customers will simply move production to countries where labor is cheaper, such as Ethiopia.

A court in Bangladesh has ordered the arrest of 24 people charged in the Rana Plaza collapse who failed to turn up in court. More than 1,100 people died in the tragedy and a total of 41 have been charged with murder. (21.12.2015)

Bangladeshi authorities plan to file murder charges against dozens of people for the 2013 factory collapse which killed more than 1,100 people. The owner of the Rana Plaza building is among those to be charged. (01.06.2015)

After the strike, the President of the Bangladesh Garment Manufacturers and Exporters Association (BGMEA), Siddiqur Rahman, said that the government had already raised wages in 2013. Now about 61 euros per month, Rahman said that another increase would not be possible for at least five years, if ever.

The government in Dhaka supports the regulation of the minimum wage. Their number one priority is the economic development of the country, and the textile industry is Bangladesh's most important business sector. Every eighth Bangladeshi is directly or indirectly dependent upon the textile industry. The boom that the sector has experienced has helped the country, which is still one of the poorest in the world, achieve the United Nations Millennium Development goals. Bangladesh is a success story among the world's least developed nations, and it intends to continue that success by meeting the sustainable development goals of the Agenda 2030.

In order to keep the country from achieving its success on the backs of hardworking factory workers, Franziska Korn of Germany's Friedrich Ebert Foundation (FES) offices in Bangladesh says that international fashion labels must use their power. "They should make a stand for a living wage and the freedom to organize," says Korn. 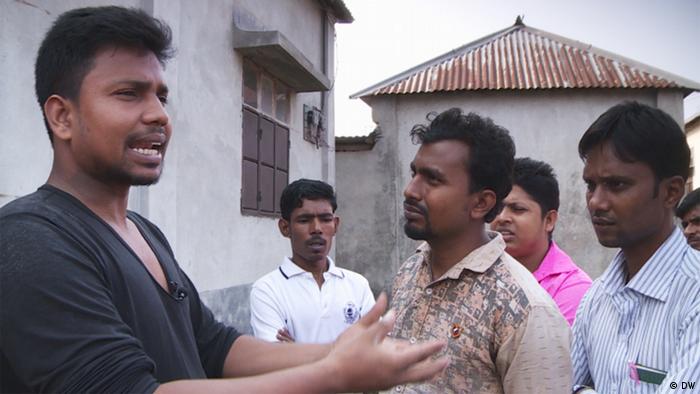 The Friedrich Ebert Foundation has started a trainee program for union organizers called the "Academy of Labor," which educates young activists for three months at Bangladesh's Brac University. "In the longterm, the academy is designed to strengthen unions and facilitate dialog between them and employers' associations," as Michael Sommer, deputy chairman of the FES and longtime head of the German Trade Union Confederation (DGB), told Deutsche Welle.

Working conditions for textile workers in Bangladesh have greatly improved since the collapse of the Rana Plaza factory killed 1,100 people in 2013. International unions and textile producers came together to sign an agreement on fire and factory safety in order to make textile factories in Bangladesh safe work spaces. Since the agreement was signed in 2013, some 1,600 safety and fire control deficiencies have been identified and rectified. According to the agreement's initiators, 77 percent of all safety deficiencies have been resolved and 400 factories have been certified as safe workplaces. The rest of the country's factories plan on being certified by 2018. 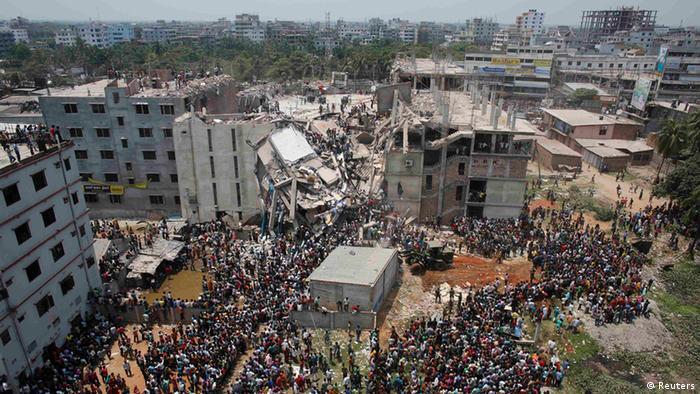 More than 1,100 factory workers were killed when the building collapsed in 2013.

"The agreement was an important milestone for Bangladesh," says Franziska Korn. "It has created a heretofore unknown level of transparency concerning conditions in Bangladeshi factories." Yet, whereas the founding organizations are focused on extending the agreement beyond 2018, the Bangladeshi government has voiced opposition to an extension.

When the Rana Plaza factory collapsed, Ashik immediately rushed to the scene to help free workers from the rubble. It was an experience that he says he can never forget. "The collapse made it possible for us to go to workplaces that won't kill us," he says. "Now we need jobs that allow us to live like human beings, with dignity. Jobs that allow us to fill our stomachs, to have a roof over our head and where we don't fall over with exhaustion at the end of the day."

Rising sea levels and devastating floods are wreaking havoc in Bangladesh. Water is destroying crops and homes. Largely as a result of global warming, residents are in a constant battle against flooding.

Bangladesh has ordered the retrial of 38 people charged over the deaths in the collapse of a garment factory in Dhaka in 2013. DW speaks with filmmaker Hannan Majid about what has changed after the Rana Plaza desaster.