A court in Bangladesh has ordered the arrest of 24 people charged in the Rana Plaza collapse who failed to turn up in court. More than 1,100 people died in the tragedy and a total of 41 have been charged with murder. 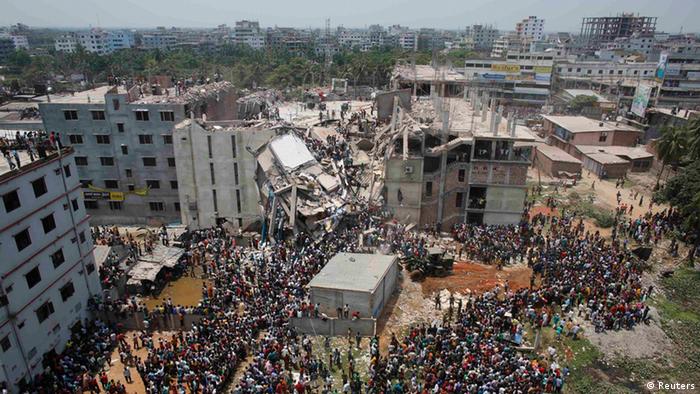 A Bangladesh court has ordered the arrest of 24 people and the seizure of their assets after they failed to show up to face murder charges in a case related to the deadly collapse of a garment factory that killed more than 1,100 people.

The warrants were issued after the court accepted the murder charges against the 24 absconders in the case related to the collapse of the factory complex in 2013, one of the worst industrial disasters ever.

The court accepted the charge sheet filed by police in June against 41 people who have been charged with murder over the Rana Plaza disaster.

Sohel Rana, the owner of the nine-storey complex on the outskirts of Dhaka, is also among those charged. Rana and his staff are accused of forcing workers to enter the building, ignoring their complaints about cracks in the walls. Rana is currently in custody awaiting trial.

The court ordered police stations to submit updates on the arrests made when the court next hears the case on January 27.

Bangladesh has developed as a major manufacturing center for global apparel brands and retailers in view of its extremely low wages. The Rana Plaza tragedy triggered a call for reforms in a sector that annually brings the country about $25 billion (23 billion euros) in exports, mainly to the US and Europe.