How the EU funds its economically disadvantaged regions | Business | Economy and finance news from a German perspective | DW | 08.05.2019

How the EU funds its economically disadvantaged regions

The EU spends a fifth of its budget on "regional development": That's €200 billion to support universities, roads, businesses, banks and more. This analysis shows how the European Union's regions benefit from EU funding. 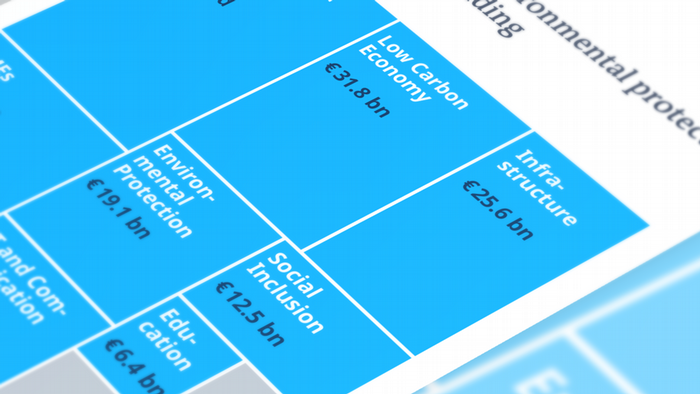 The goal is to reduce the European Union's regional economic imbalances. To achieve this, the funds go toward a broad spectrum of projects: €50 million for broadband connections in rural Greece, more than €20 million for the production of airplane parts in Portugal's Alentejo region and €65 million for a new tram line in Latvia's capital, Riga, for examples. Many of these projects are palpable products of EU policy. 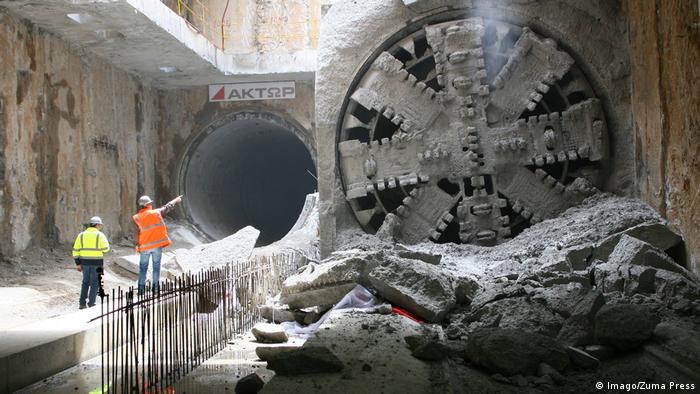 The planned metro system in Thessaloniki, Greece receives €407 million out of the ERDF's current budget.

Construction on the underground transit system in Thessaloniki, the second-largest city in Greece, began in 2006. It is one of the biggest projects funded with the help of the ERDF: For the 2014-2020 period, it has been allotted more than €400 million. The metro line is intended to reduce greenhouse gas emissions — as well as commute times — substantially.

In its current budget proposal, the European Commission calls ERDF-backed projects "an expression of solidarity among Europeans." Many countries in Eastern and Southern Europe receive much more from the fund than they pay into it, while economically stronger countries contribute more than they get back. Germany, for example, has been granted almost €11 billion from the ERDF's 2014-2020 budget, which the country has mostly spent on research and development and funding programs for companies. But, over the same period, Germany is paying around €30 billion into the fund via its contributions to the EU budget.

Since 2014, member states have had the power to allocate the funds to projects that fit the goals of the ERDF. The countries themselves have to contribute part of the money. EU funding is never allowed replace national funding, only to contribute to it. The EU bears around half of the project costs on average.

Some countries, such as Hungary or Portugal, have already dedicated most of the allocated funding to projects. On average, the member states still have to distribute around a quarter of their ERDF contributions. By 2023, all of the EU money must not only be awarded to projects, but also actually paid out to the final recipients — otherwise, countries' claims on the remaining funds expire. An EU spokesperson told DW that the European Commission is confident that the funds will be distributed on time.

Poland receives the most funding

Poland has so far decided on what to do with 82 percent of the €40 billion it has been allocated for 2014-2020. Of all EU member states, the country receives the most funding by far. That is mainly due to the fact that most of its regions are classified as "less developed," meaning that the regional gross domestic product (GDP) is less than 75 percent of the EU mean.

The funds are meant to prop up specific regions that need more investment. In Italy's economically weaker south, the less-developed Sicily region, for example, has been awarded more than €3 billion. Andalusia in southern Spain, which, with a GDP of 90 percent of the EU average, is classified as a "transition region," also receives €3 billion. 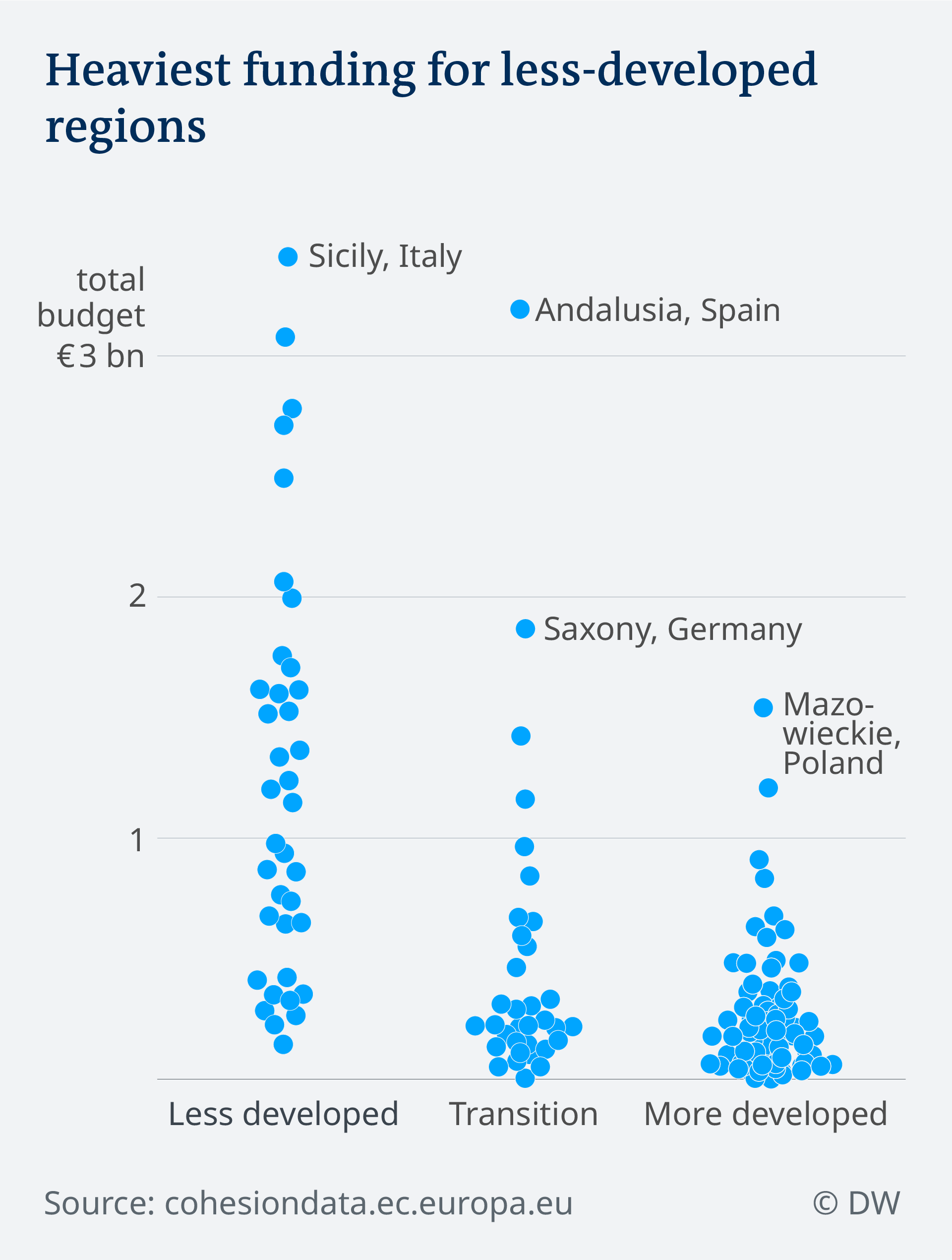 ERDF money is supposed to fund innovative projects, support small and medium-sized enterprises, and promote a low-carbon economy. The EU particularly emphasizes the latter goal. Topics related to climate change do accordingly make up more than a quarter of the funds: Around €55 billion in all.

They go toward projects such as the planned metro system in Thessaloniki, Greece (€407 million of the ERDF's 2014-2020 budget), which is intended to reduce traffic in the inner city; toward national efforts to improve wastewater management and access to clean water in Romania, Croatia and Bulgaria; and toward reducing pollution in the soil and bogs in the Phlegrean Fields lake area near Naples, Italy (€39 million from the ERDF). 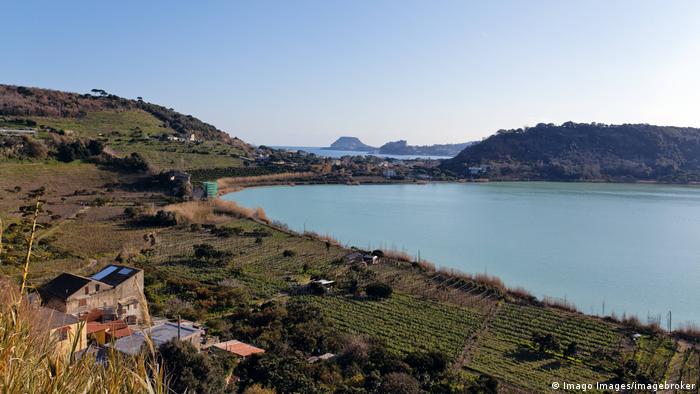 Better management of wastewater, among other measures, is intended to restore the environment around Lago d'Averno, in the Phlegrean Fields near the Italian coast.

Even Poland, which is not usually known for its environmental-sustainability policies, invests €5.7 million in projects aimed at reducing emissions of carbon dioxide. With that share, the country is only barely behind the EU average. 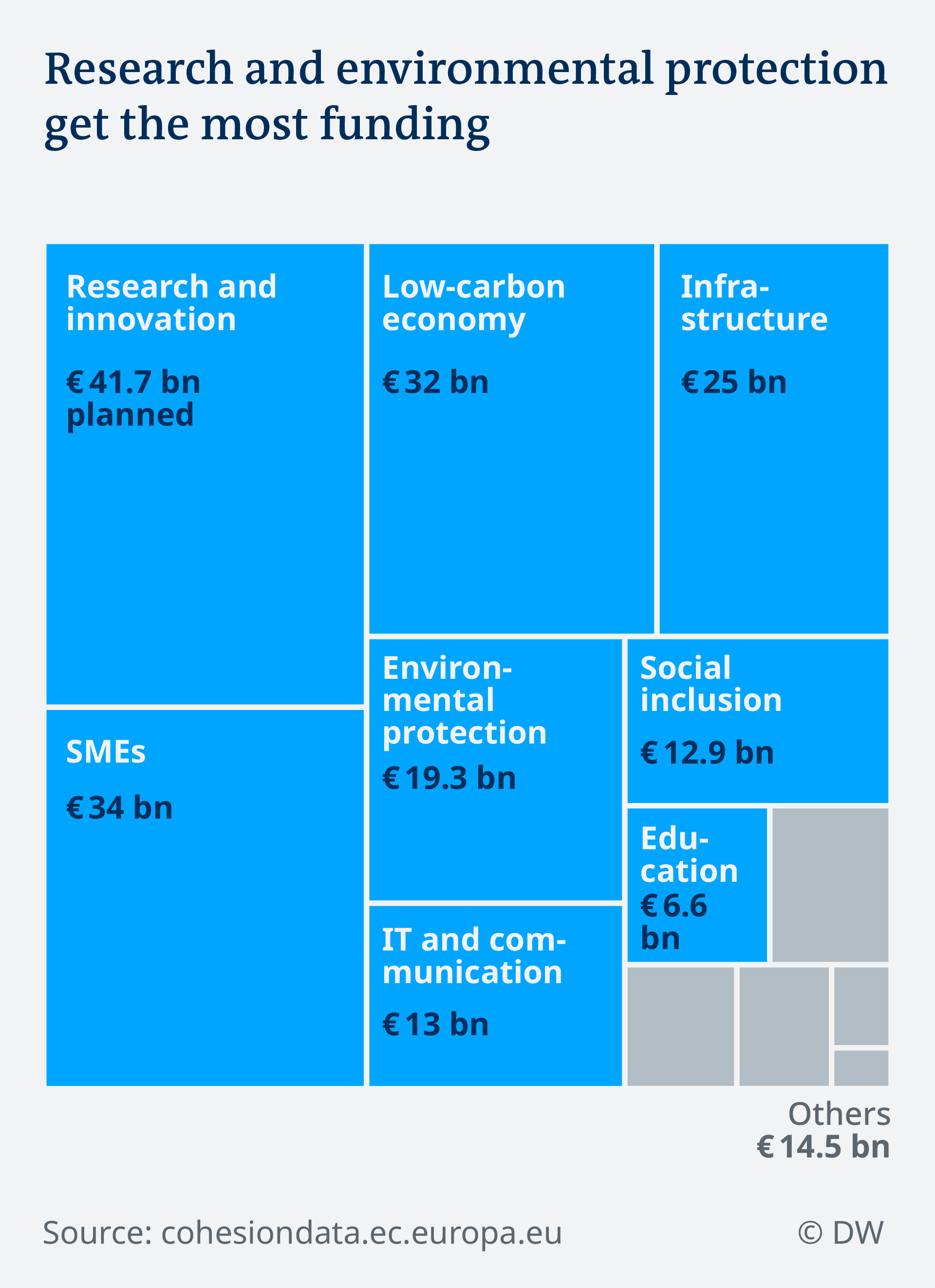 Though the effects of specific projects are often documented by scientific observers, there are not as many evaluations of whether the European Union has achieved the macroeconomic goals that it set for itself with the funding.

If the money is supposed to economically elevate the less-developed regions of the EU, it should serve to improve regional GDP or create local jobs. If and to what degree this happens is not always clear. Poland, for example, has experienced a massive economic boom since joining the European Union in 2004. It is plausible that EU funding contributed to stabilizing the country's growth.

"But," said Anna Czepiel, specialist in European studies at Poland's Civil Development Forum, "in my opinion, securing the growth was more because of the EU as a free trade area. In 2009, exports from Poland amounted to 40 percent of its GDP. We have to remember that after the EU accession in 2004, Polish trade with EU and third countries suddenly accelerated."

In a report from late 2017, the EU concludes that Poland's GDP will be 3.4 percent higher by 2023 thanks to EU cohesion funding — of which the ERDF represents a substantial share — than it would have been without it. That would be quite an increase: According to Poland's Regional Development Ministry, in the 2005-2011 funding period, the entirety of EU funding made a difference of around half a percentage point in the country's GDP.

According to Czepiel, these analyses are published far too seldomly to allow for a meaningful evaluation. Reports that do exist often focus purely on the money: who is getting how much and which areas are being invested in. For example, just two of the 249 pages in the aforementioned EU report are dedicated to analyzing the macroeconomic effects. "The European Union itself promotes the logic that getting the most funding is much more important than sound spending," Czepiel said.

Investments in infrastructure, would be sound spending, Czepiel said

A quarter of Poland's ERDF money goes toward infrastructure and transport projects: communities that renovate their train stations, railways, roads and public transport. "This is the area where an ordinary Polish citizen can most feel the effects of EU funding," Czepiel said. Improving infrastructure in the economically weaker eastern part of the country would be an effective way to reduce regional imbalances. The most effective are "the funds all interested persons can benefit from," she said.

Managing such amounts of money — especially considering that said money is drawn from EU taxpayers — makes for a lot of work. The EU especially is often accused of producing excessive administrative costs, both on the EU side and with the beneficiaries of the funds.

A new study on behalf of the European Commission found that, on average, the EU spends €22,600 in administrative costs for every €1 million that goes to ERDF projects. That equates to around 2 percent of total costs, which is not particularly high. Other institutions handling similar amounts of money in similar fields of policy, such as the European Bank for Reconstruction and Development, have comparable administrative costs, according to a report from 2010.

In the budget proposal for the period beginning in 2021, the European Commission has allotted €226 billion for the ERDF — around 10 percent more than in the current funding period. Before the proposal can be confirmed, though, the commission has to agree on it with the Council of the European Union and the European Parliament. So, the lawmakers elected by EU voters in May 2019 will have a major say in deciding which areas the funding goes to from 2021 onward.

EU budget breakdown: What you need to know

The EU's new proposed budget includes cuts to farming subsidies, big spending for border patrol, a huge increase for research, a massive boost for young people and even allows wayward member states to be cut off. (03.05.2018)