Merkel wants to halt all arms exports to Saudi Arabia pending the investigation of the killing of Jamal Khashoggi. Macron says such calls are "pure demagoguery." 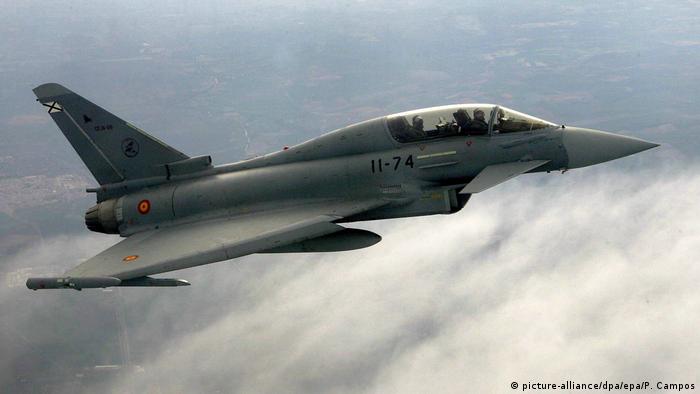 Merkel reiterated that Germany would not supply weapons to the key arms buyer until the facts behind the killing of Saudi journalist Jamal Khashoggi in Turkey were clear.

"The case of journalist Khashoggi is, of course, something incredible, I told the Saudi king yesterday in our telephone conversation," Merkel said at a press conference with Czech Prime Minister Andrej Babis.

"We need to clarify the background of this horrible crime and until then, we will not supply weapons to Saudi Arabia."

She also called on Riyadh to "do everything to solve the urgent humanitarian situation in Yemen, there are currently millions of hungry people, we are witnesses of one of the greatest humanitarian catastrophes."

The sale of weapons "has nothing to do with Mr. Khashoggi. One shouldn't mix everything up," he said.

"I greatly admire those who, even before they know anything, say 'We won't sell any more weapons!' They sometimes sell more than France thanks to their joint ventures."

German news weekly Der Spiegel reported on Friday that France had threatened to cancel a Franco-German fighter jet project unless it was allowed unlimited exports of the warplanes, even to countries involved in conflicts.

The report cited a confidential cable sent to the German ambassador in Paris.

Macron and Merkel were both in Prague for the 100th anniversary of the foundation of the former nation of Czechoslovakia. They used the opportunity to discuss the future of the European Union and call for cohesion.

In an interview with local media, Macron spoke out against divisions between old and new EU member states in Eastern Europe. He said the Czech Republic and Slovakia — the two states that emerged after the demise of Czechoslovakia — as well as Poland and Hungary should aim for solidarity in regard to European integration.

As well as a common eurozone budget, Macron wants closer fusion on issues such as tax and environmental protection.

Merkel spoke similarly of cohesion: "I would support that we can't always wait for all 28 member states ... to participate."

She also acknowledged that Nazi Germany temporarily destroyed Czechoslovakia during World War II. "After the terrible history ... today we can be very happy that we live together in friendship and good cooperation."

She and Prime Minister Babis discussed the digitalization of industry, transport links and financial aid for African states linked to migration.

Saudi Arabia's crown prince has wrapped up a three-day visit to the UK by signing a deal to buy 48 warplanes. The jet deal immediately came under criticism from human rights groups. (10.03.2018)