The finding contradicts earlier assertions that Khashoggi's death at Riyadh's Turkish consulate was accidental. Chancellor Angela Merkel has called for a quick, transparent and credible investigation. 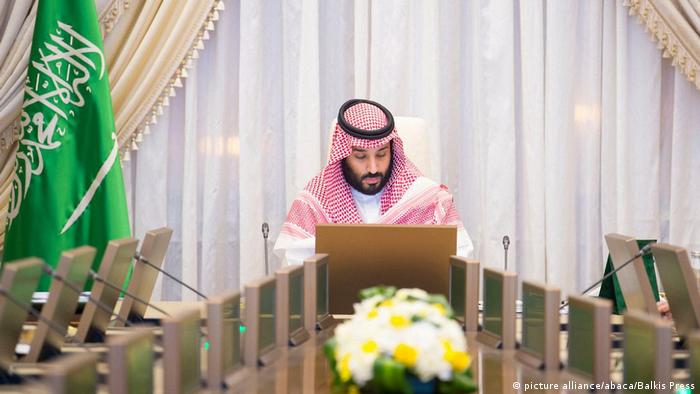 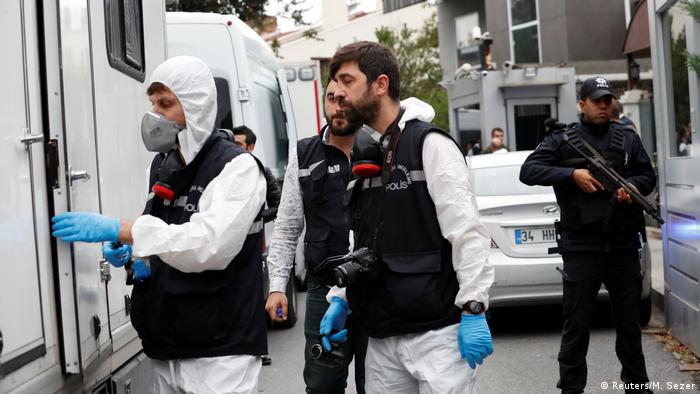 Turkish forensic officials at the Saudi consul's residence in Istanbul

"Information has come from the Turkish side indicating that the suspects in the Khashoggi case embarked on their act with a premeditated intention," Saudi Attorney General Saud al-Mojeb said.

"The public prosecution continues its investigations with the accused in light of what it has received and the results of its inquiry," he added.

Angela Merkel's spokesman said on Thursday that the Chancellor had spoken with Saudi King Salman and condemned the killing "in the sharpest possible manner." She called for a quick, transparent and credible investigation of Khashoggi's death and for all those responsible to be held accountable.

On Sunday, Merkel said Germany would stop exporting weapons to Saudi Arabia, at least for the time being.

Khashoggi's eldest son was reported to have flown out of Saudi Arabia on Wednesday, according to Reuters. Salah Khashoggi was seen at the royal palace on Tuesday, shaking hands with Crown Prince Mohammed bin Salman. According to Human Rights Watch, Salah Khashoggi is on his way to the United States after a travel ban on him was lifted.

Saudi Arabian authorities have been trying to distance Crown Prince Mohammed bin Salman from Khashoggi's killing. The prince on Thursday chaired the first meeting of a committee to overhaul the general intelligence agency, SPA reported.

Salman called Khashoggi's killing "heinous" and "painful to all Saudis" in his first public remarks on the incident on Wednesday.

At the weekend 18 Saudis were arrested, and four senior intelligence officials and a royal adviser were fired.

On Thursday the Reuters news agency and The Washington Post reported Turkey had shared audio recordings of the killing with CIA Director Gina Haspel, marking the first time Turkish investigators officially shared information with the US.

Germany's economic affairs minister, Peter Altmaier, who is on a two-day visit to Turkey to boost trade ties, praised Turkish efforts to shed light on the killing and said "many question marks" remain.

The European Parliament on Thursday passed a resolution urging an arms embargo on Saudi Arabia in response to Khashoggi's killing. The assembly believed it was "very unlikely" the killing was committed without Salman's knowledge as he was in "complete control" of Saudi Arabia's security services.

The resolution called for "an impartial, international investigation into his death to find out what actually happened inside the Saudi consulate in Istanbul on 2 October, and for those responsible to be brought to justice."

Ska Keller, a German member of the European Green Party, said: "EU countries must not continue to turn a blind eye to the serious human rights violations committed by the Saudi government."