The Turkish president has laid out the first official version of the investigation into the murder of journalist Jamal Khashoggi. Saudi Arabia could face its worst crisis if the crown prince is linked to the killing. 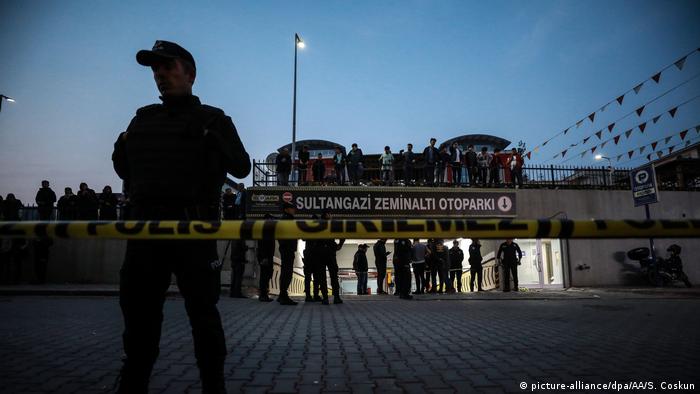 Turkish President Recep Tayyip Erdogan told lawmakers on Tuesday that Turkey had "strong evidence" the murder of Saudi dissident journalist Jamal Khashoggi was planned in advance by Saudi officials, contradicting Saudi accounts that the journalist died accidentally in a "fistfight" in the Saudi consulate in Istanbul.

The Saudi government's alleged involvement in the journalist's death has caused an international outcry and prompted Germany to halt arms sales to the country. 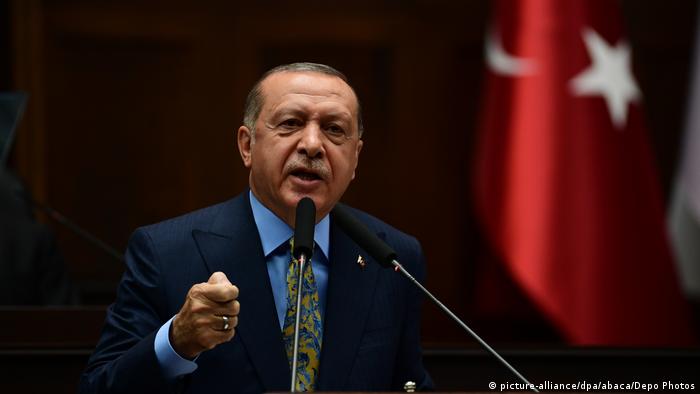 Only Turkey knows: Turkish Foreign Minister Mevlut Cavusoglu said hours before the speech that Turkey had not shared any information about the case with other countries. He added however that Ankara would be willing to cooperate with an international probe. Saudi Foreign Minister Adel al-Jubeir told reporters that such a killing must "never happen again" and promised a thorough investigation into Kashoggi's death.

Turkey-Saudi rift: Relations between the two Middle Eastern countries were already strained amid disagreements over the conflict in Syria. DW's Istanbul correspondent Dorian Jones says the Turkish president's revelations could worsen ties even further: "If Turkey has information linking the crown prince to the murder, the kingdom could face its worst crisis in decades."

A mysterious death: Khashoggi went missing on October 2 after entering the Saudi consulate in Istanbul to pick up marriage documents. Turkey says it had a recording that proves the journalist was murdered and dismembered within the consulate. Saudi Arabia initially said Khashoggi had left the consulate after the appointment. But on Saturday, it admitted Khashoggi had been killed in a fistfight  during a "rogue operation,"  and that it was investigating the murder.

World skeptical over Saudi claims: German Chancellor Angela Merkel has dismissed the Saudi government's explanation  as "insufficient" and ordered a temporary pause in arms sales to the country. US President Donald Trump and French Foreign Minister Jean-Yves Le Drian have also voiced scepticism about the explanation. The director of the US Central Intelligence Agency, Gina Haspel, has arrived in Turkey to help investigate Khashoggi's death, according to Reuters news agency.

'Cold blooded' murder: Khashoggi's Washington Post editor, Karen Attiah, told DW that the journalist suffered "unbearable oppression" from the Saudi authorities. She said the global response "sends a message to journalists around the world about whether regimes can get away with murdering them in cold blood."

Who was Khashoggi? The 59-year-old journalist had worked as a government adviser in Saudi Arabia. In recent years, he became a prominent critic of the Saudi government and the kingdom's 33-year-old crown prince, Mohammed bin Salman. He lived in the United States prior to his death and wrote a monthly column for The Washington Post.