Czechoslovakia and Yugoslavia: Division and disintegration | Europe| News and current affairs from around the continent | DW | 26.08.2017

Czechoslovakia and Yugoslavia: Division and disintegration

Twenty-five years ago this weekend, the fates of Czechoslovakia and Yugoslavia were sealed. Though the countries were created in a similar way after World War I, they ended up very differently. 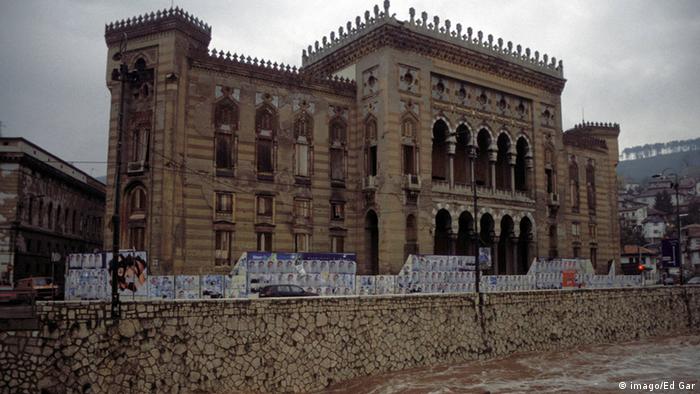 On that same day in August 1992, Sarajevo, in the nearby nation of Yugoslavia was being besieged by Bosnian Serb soldiers, who shot cannons at houses in the valley from the surrounding mountains. On that day, the Vijecnica, the former town hall housing the National Library of Bosnia-Herzegovina (pictured), was bombarded, and by the end of the night only the outer walls remained.

It took just a few hours for the fire in Sarajevo to destroy most of this national treasure and more than 2 million books and documents, as well as numerous centuries-old artifacts from the multicultural society that had flourished there - symbols of the peaceful coexistence of peoples and religions.

When the National Library in Sarajevo went up in flames, so, too, did the hope that the state of Yugoslavia could dissolve without a major war. 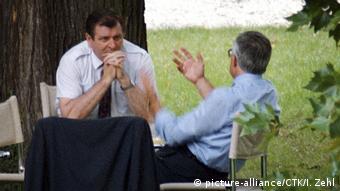 Ruins of an empire

Both Czechoslovakia and Yugoslavia were created in 1918, after the World War I collapse of the Austro-Hungarian Empire. The objective was similar in both cases: to unite different-but-similar peoples in common, independent states.

With their highly developed industries and rich cultural traditions, Bohemia and Moravia - the regions that make up the current Czech Republic - played an important role within the Habsburg monarchy. In addition to Vienna and Budapest, Prague was certainly the empire's third capital. When it became clear at the beginning of 1918 that the monarchy would not survive the war, Tomas Masaryk and Edvard Benes, who were at the head of the Czech national movement, demanded full independence. Together with representatives of the Slovak national movement, they settled on a common state.

This common state was by no means homogeneous: Of the 14 million people, 7 million were Czechs, 2.5 million Slovaks and more than 3 million Sudeten Germans. There were also large minorities of Hungarians, Ukrainians, Poles and Roma.

Although the rights of minorities were guaranteed in the formation of the state, the Czechs tended to assert their dominance in economic and cultural matters.

After the fall of the Berlin Wall and the Velvet Revolution in 1989, the calls for independence became increasingly louder - especially in Slovakia. And Klaus and Meciar began their talks on the peaceful dissolution of the common state.

Though it began similarly, Yugoslavia took a different path to disintegration. Here, too, the basic idea was to unite several related peoples and their traditional settlements in one state. The equal rights of all constitutive peoples were proclaimed in this asymmetric construction of a state, and rights were guaranteed to minorities.

The formation of a Yugoslav nation remained largely unsuccessful, and the country ultimately split on largely ethnic lines. Maps were redrawn with extreme brutality and adapted according to the myths of the individual nations. 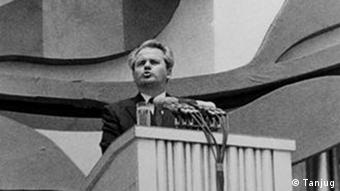 In its last years, Yugoslavia was led by Slobodan Milosevic

It was very different when Czechoslovakia disbanded. "If the planned process is implemented in a peaceful form, I believe that we and Slovakia can find better and longer-lasting relations than we currently have," Klaus said on August 26, 1992.

That announcement proved to be true. Political, economic and cultural relations between the two independent states are regarded as exemplary in many respects. They even have a common "American Idol"-type show: "Czechoslovak Superstar."

Yugoslavia, on the other hand, was dismembered in a brutal war, with hundreds of thousands of people killed and millions displaced. Over 20 years after the war, Bosnia-Herzegovina remains internally deeply divided. Though the National Library in Sarajevo has been rebuilt, the books and artifacts of a common culture that burned during the war are gone forever.