Yugoslav wars: A home for forgotten refugees | Europe | News and current affairs from around the continent | DW | 09.07.2017

Two decades on, thousands of refugees from the Yugoslav wars still don’t have a home to call their own. A regional housing program is hoping to change that - with some help from the West. 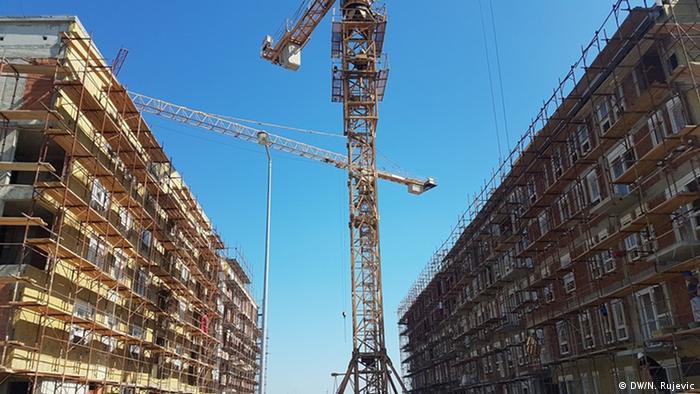 It reads like one of those spam mails you often find in your email inbox:  "You are the 1,000th person ... and you have won an apartment." But the Gnjatovic family from Pancevo, not far from the Serbian capital Belgrade, really is the 1,000th family in Serbia to be given a new home as part of the Regional Housing Program (RHP). It's a newly built prefabricated house, and the keys will be handed over by Foreign Minister Ivica Dacic personally.

Milosava Gnjatovic fled the small Bosnian city of Kljuc in 1995, shortly before the end of the Bosnian war. "Since then, I have been living in a rental, with my three children. I had almost lost hope, because it’s very difficult to buy your own house. The jobs here pay just enough to make ends meet," she said. "The new house is beautiful."

Children born in a refugee camp

Milosava first heard of RHP three years ago. The program receives the bulk of its funding from the EU, and plans to find homes for around 8,000 families in Serbia, Bosnia-Herzegovina, Montenegro and Croatia by mid-2019. All the beneficiaries are refugees from the bloody conflict that marked Yugoslavia's collapse in the 1990s. More than 20 years after the end of the war, many are still living in desperate conditions in refugee centers. 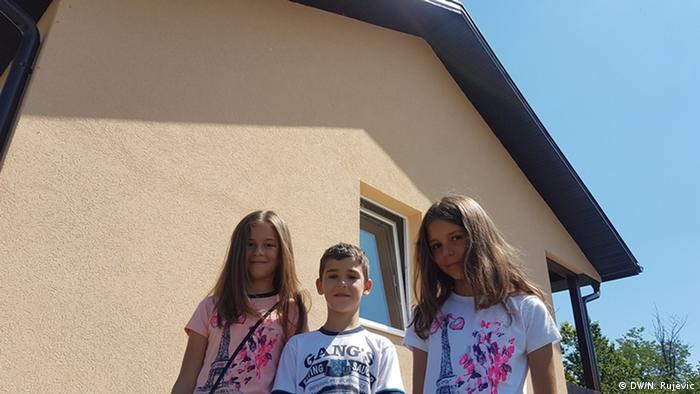 The Gnjatovic family has finally found a home for their children

"This is a new generation you see here. These children were born here, but they are still considered to be refugees," said Serbia’s refugee commissioner Vladimir Cucic, pointing to Milosava's two daughters and son. "It is a terrible reality, and of course I’m not happy with the overall situation. On the other hand, I am very happy today because without the RHP, this family would have never solved their main problem," Cucic told DW.

Not far from Pancevo a new residential complex is being built in a suburb of Belgrade. Gigantic cranes rotate over the construction site, and the builders work through the blazing heat to meet their completion deadline. Some 235 families are due to move in here by the end of the year. Most of the 5,000 homes are being built in Serbia. During and after the Yugoslav wars, the country took in around 540,000 refugees from Croatia and Bosnia-Herzegovina. Like in the neighboring republics, various ways have been found here to cope with the housing problem: apartment buildings and retirement homes are being built, prefab houses are being put together, country homes bought, or donations sought for building materials.

"The idea was to meet people's needs, but to be very frugal with the funds that we have," said Stephan Sellen, deputy director of the European Council’s development bank, which is managing the program's budget. "Of course, building a new apartment is more expensive than giving a family building materials to complete a half-built house. There are plenty of empty homes in the countryside, where people with agricultural skills can easily build a new life for themselves." 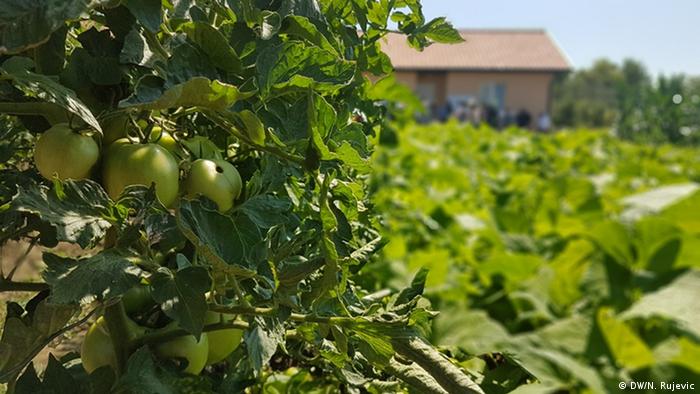 The prefabricated house in Pancevo

Sellen took part in the annual donor conference at the end of June, and says he is happy to see that, given the many international crises, people are still interested in helping refugees from the former Yugoslav republics. Some 271 million euros ($307 million) have been committed to the program, the bulk of which (232 million euros) comes from the EU’s budget. The largest bilateral donors are the United States, Germany, Norway, Switzerland and Italy.

In this way, reparations are being made to some of the refugees, 20 years later. After the war, which claimed more than 100,000 victims and saw millions of people displaced, the new Balkan republics were not in a position to offer any sustainable help. "The majority of the Serbian population accepted the refugees as fellow citizens," said journalist and filmmaker Filip Svarm, also a refugee from Croatia. "But there was no systematic assistance. Most people were left to their own devices. They have worked hard to create a new life for themselves and their children," he told DW.

The regional housing program shows that former enemies can overcome the current populist politics to work together. "We were all affected - Bosnia and Croatia through the war, Serbia through the flood of refugees, the NATO bombardment and sanctions," said Cucic. "Cooperation is the only way to rebuild the bridges that connect us. I have come to regard the colleagues from different countries as part of a common team."

'A model for similar situations'

Stephan Sellen understands the refugee debate in his home country, Germany, all too well. People want to help, but not indefinitely, and Syrians, Iraqis and Afghans are being sent back - just like the war refugees from the former Yugoslavia. "This program can serve as a model for similar situations, not only because of the technical structure but also in terms of practicing cooperation between previously hostile warring parties," Sellen said. 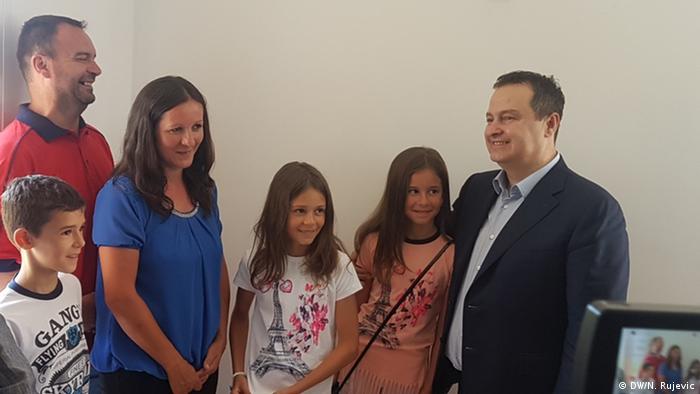 Sellen has been working for RHP from the very beginning and has noticed that outcomes are increasingly improving. "We have met a lot of families that had been living in very bad conditions before and now say that they feel like real people for the first time in 25 years," he said.

The prefabricated house that will soon be home to the Gnjatovic family is relatively small - three bedrooms, one bathroom and a tiny terrace - roughly 650 square feet. The nine-year-old son runs around in the courtyard in his football shoes, wondering where the goal is. Corn and sunflower fields can be seen on one side, while a neighbor's chickens and cows can be heard on another. Too small? Milosava Gnjatovic isn't wasting any time on the thought. "It's ours," she says, as the caravan of politicians, reporters and camera crews move on.

British photographer Edward Crawford has been mapping the situation in refugee camps in Serbia for several months now. Jan Tomes talked to him about his images and impressions. (24.06.2017)