Two years ago, tens of thousands of refugees crossed the Austrian border into Germany. DW's Nina Haase and Sumi Somaskanda traveled to the border region and asked if the newcomers feel welcome today.

#GermanyDecides - DW on tour in Wegscheid

#GermanyDecides - DW on tour at the Austrian border

The German-Austrian border crossing near the Bavarian town of Wegscheid is open and mostly empty these days, save for the lone police van carrying out random checks. We ran into one of those random checks when we drove in from Austria this week. But with our German and American IDs, we were waved on quickly.

Not so two years ago. This very crossing was witness to a dramatic scene at the height of Germany's refugee crisis. On October 26, a swelling group of refugees and migrants broke through a barrier blocking the crossing. Two thousand people surged up the hilly street and past Wegscheid with police accompaniment.

"I don't want to experience that again," Josef Lamperstorfer, the mayor of Wegscheid, told us. He showed us pictures from the days and weeks that followed. International TV crews descended on the town. Young refugee men started pushing towards the front of the lines waiting to enter, and families and small children were increasingly pushed to the back of the crowd.

"That means it took even longer to get them into the buses [taking them to shelters]. Late October is cold here, so it definitely wasn't optimal," Lamperstorfer said.

As the mayor of a sleepy border town of 5,000 residents, Lamperstorfer says he never expected he would be managing a major crisis. But a steady stream of people escaping war, conflict and poverty continued to arrive - more than 60,000 over six weeks. Authorities on both sides of the border scrambled to keep up.

"The fact that nobody got hurt is a testament to the fact that German and Austrian authorities reacted quickly," he said.

Regional and federal help was far slower, but Lamperstorfer and other local politicians took to the media, and aid began to arrive. Austrian authorities constructed temporary facilities on their side of the border. After six weeks, the chaos was over.

Today, four Syrian families have made their home in Wegscheid - including the Aljumaas. Mahmoud Aljumaa arrived in Germany in 2015; his two daughters and wife, Ghofran, a year later. The girls, 6 and 8, already speak perfect German, tinged with the local Bavarian accent.

The Aljumaas say they have been welcomed with open arms here, but the political debate over immigration and asylum has changed the tone, stoking fear and uncertainty. They have asylum status for now, but they fear that could change. 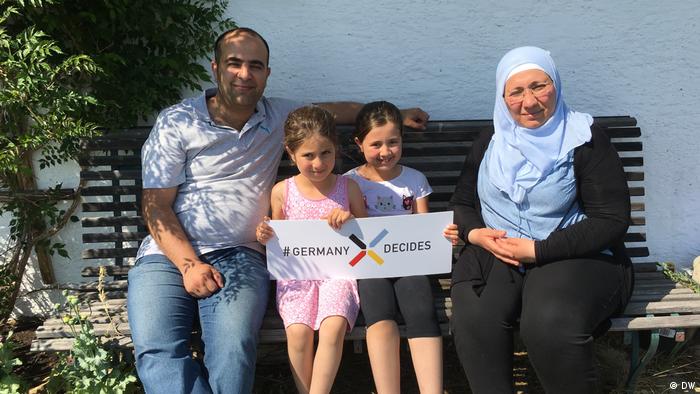 The Aljumaa family has made Wegscheid their new home

"I want to ask German politicians a question: Are we refugees or should we integrate? If we should integrate, that means that we would be like Germans after some time. It would mean we aren't refugees," said Mahmoud. "My daughters can't read or write in Arabic. My older daughter is in the sixth grade and in Arabic she would be sent back to second grade. How could I send them back to Syria, send her back to the second grade? It would destroy her life."

Their sense of uncertainty has only grown as they have seen fellow refugees from Afghanistan - a country they say cannot be deemed safe - increasingly facing deportation.

A model for integration

Like Masih Rahimi. He arrived with his family from Herat, Afghanistan, to Passau, an idyllic Bavarian city along the Donau River. He quickly picked up the local dialect and found work as an IT expert at ICUnet, which guides companies through the process of internationalization. He became part of their close-knit community and joined a local football team.

The rest of his family received asylum status but surprisingly, Masih's application was rejected in March. That triggered an outcry in the community: Masih and his family are considered a model for integration. He has since received an extension for a year, but after that, his future in Germany hangs in the balance. 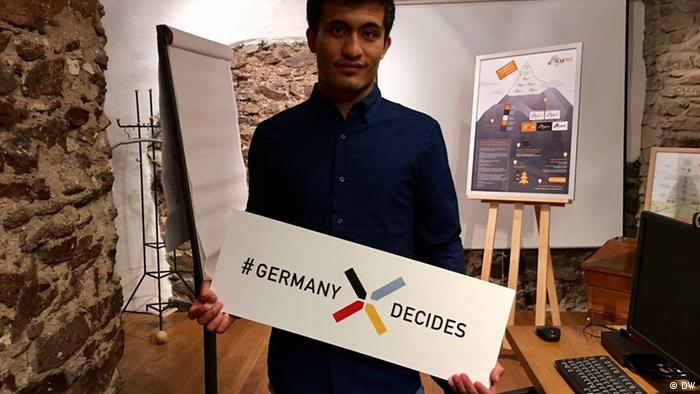 After arriving from Afghanistan, Masih works as an IT expert in Passau

"Before I got my extension the risk was high that the police would show up one night at my door and pick me up and take my to the plane. I was really scared," he said.

The CEO of ICUnet, Fritz Audebert, has fought to keep international talent on his team, especially Masih. The 21-year-old has filled every personal and professional expectation the company could have, Audebert told us.

"If he were not here anymore we'd have some real problems. He takes on his own projects and responsibilities," he said. "If he were gone, it would be like tearing away a piece of us."

Audebert says the support and engagement Germans displayed in the summer of 2015 is part of Germany, but policymakers need to "let us be humans."

Marina Lessig and her volunteer organization, Münchener Freiwillige in Munich, also jumped in to help refugees and migrants arriving in the city two years ago. She remembers well how the world watched Germans embrace and cheer on newcomers at train stations, handing children teddy bears and sweets.

That welcome culture has not changed, says Lessig, but the focus has clearly shifted. The crisis is over, and Münchener Freiwillige is now helping refugees settle in, find apartments and jobs. But her work has grown increasingly difficult, says Lessig. 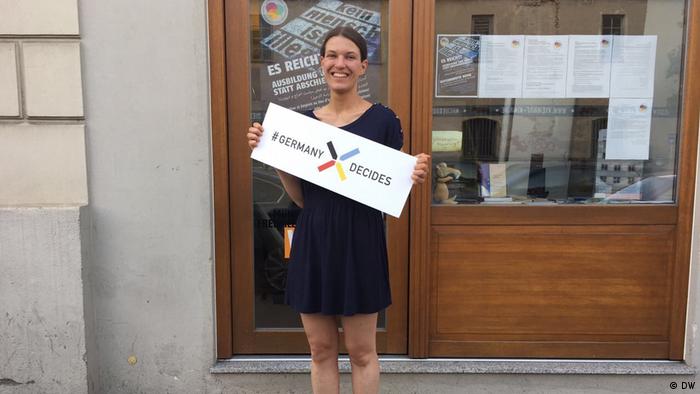 "Even in cases where it is very clear that the people are not going to be deported, we are having a hard time placing them in jobs and apartments because the uncertainty among employers and rental associations is just so high," she told us. That uncertainty has also hindered volunteers, helpers, and of course the refugees themselves.

"Because of that, we have for some time now seen the examples of successful integration grind to a halt," she added.

Most everyone we spoke to in Bavaria seemed to agree on one point: From 2015 to now, this region has handled the refugee crisis and integration efforts well. Now they need a clear signal from German policymakers on whether refugees are really welcome to stay and become a part of German society.