How do Syrian refugees view the German school system? | Germany| News and in-depth reporting from Berlin and beyond | DW | 04.05.2017

Medicine, pharmacy and engineering are the most important subjects that Syrian families in Germany want their children to study at universities. But getting there is a bigger challenge than they might have expected. 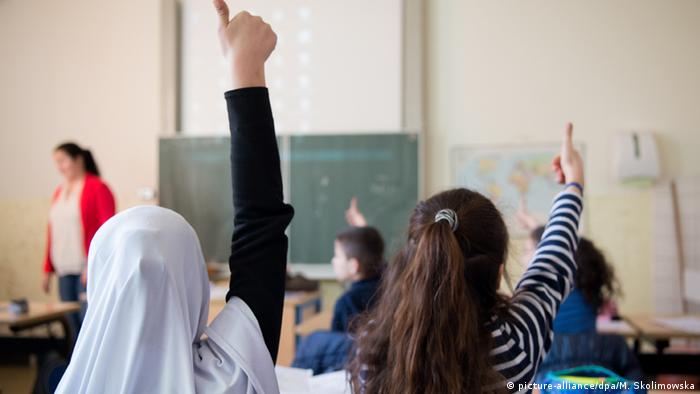 "My son going to an occupational school... that would be absolutely unacceptable for me." This was the reaction of Ahd (not her real name) when she found out her son Ahmed would be transferred into an upper vocational school, or Berufoberschule,in Bonn. Like other Syrian parents that come to Germany, Ahd wants her son to attend a Gymnasium, or academic high school, which will allow him to study medicine at one of the country's universities.

Ahd's family fled from the Syrian civil war to Egypt in search of security and a better future for their children. German degrees are very desirable in the Arab world, so "we decided to leave Egypt and head for Germany," she told InfoMigrants.

Differences between Germany and Syria

However, Ahd soon found out that that the German school system is quite different from those in Syria and Egypt. When she arrived in Germany, she searched for a school close to the place where she lives. This led her to enroll her children in the Karl Simrock Hauptschule, or comprehensive school, in Bonn. She learned that those graduating from a comprehensive school are not entitled to pursue university, but rather vocational school. 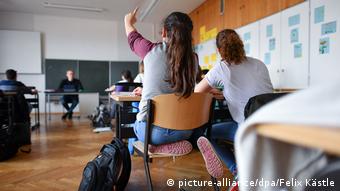 Graduating from a Gymnasium allows students to pursue university study

Ahad's children were put in Förderklasse - special reception classes for students of a foreign background who have inadequate German skills. These classes are focused on language learning and preparing to move students to regular schools. Some of these schools include academic high school or a Realschule, which is a general secondary school. The comprehensive school is also an option.

In the past, students would be put through two years of special reception classes, but the high number of new students coming into the system since 2015 has changed that.

"The students now only spend one year in the special reception classes instead of two and then after that they are placed into a normal German school. This is a difficult thing for many of them," Ardnt Hilse, an administrator at the Simrock school, told InfoMigrants. There is also a lack of specialized teachers for the refugee children.

Another teacher at the Simrock school, whose last name is Ullmann, told InfoMigrants that "Not every student is able to learn the German language sufficiently enough in one year to move to the normal classes."

Ahmed and his brothers ran into a different issue - all three of them had managed to become proficient in English, but this had a negative effect on their acquisition of German. "Many of the new students are in their adolescence, which is a critical age. Ahmed insists on not making mistakes in his new language, German, so this makes him fall back to the language he is well-versed in, English," Ullmann said. 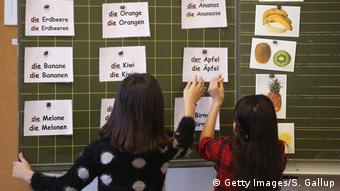 The new students also often suffer from psychological stress related to the war they experienced at home or their traumatic journey. "Many students lost their friends, either because they drowned at sea or because of the war. This can not easily be forgotten," Ullmann continued.

Ullman also said that, for a variety of reasons, many new students suffer from mental instability. Among them is the inability to adapt to a new society that is very much unlike their home country. "Everything is different here, from the house we live in to the schools," Ahd said.

Ullman knows these problems well, as she herself is a refugee. When she was only five years old she fled with her father from Russia to Germany. She tries her very best to help her students get through this difficult adjustment period. She also stressed the importance of psychologists to help the students cope with their environment.

"Parents should not put more more pressure on their children to study areas that the parents themselves are interested in. The student's abilities should be taken into account, especially since the education system in Germany is very diverse and allows everyone to pursue their studies," she said.

Although learning German in a short amount of time is not easy, Ullmann always reminds herself of the saying: "Where there's a will there's a way." When she first came to Germany and began to learn the language, it was very difficult. But "now I teach German at a school, which is something I never imagined," she said.

"There is a possibility for Ahmed to study medicine here in Germany," said Hilse, the director of the school. "In the upper vocational school he can prepare to do university study in medicine. His grades at the end of his studies there will determine whether he can go on to study medicine at the university level or not."

In Germany, when a foreigner drops out of school without a diploma, they have four times less of a chance to find work as a German would in the same situation. The influx of refugee children has exacerbated the problem. (27.04.2017)