Borko Vukosav says he was born in one country with two alphabets, three languages, four religions, five nationalities, and six republics. Yugoslavia no longer exists, but its stories come to life in his images.

When you ask him about the photos, Borko Vukosav replies that he started taking them out of pure curiosity. "It was important for me to document that era because I felt there was a piece of history nobody wanted to touch," he said when we started talking about his yet unfinished series called "Used to Be." It captures the remnants of one of the most daring political projects of the 20th century - former Yugoslavia -, which was dissolved after the Cold War and suffered extensive destruction in a decade-long period of wars that started 26 years ago.

"This work is not motivated by settling debts with the country that doesn't exist anymore. I am interested in a historical dialogue because it seems nobody wants to have one," claims Vukosav, although, as it's apparent from the interview he gave DW, he doesn't deny he's driven by personal motivations as well.

DW: What was it like to grow up in Yugoslavia?

Borko Vukosav: I was born in 1984, seven years before the wars in Yugoslavia. I was a kid, and I loved the country. How couldn't I? After all, we were told by the propaganda that Yugoslavia was the best country in the world. Everything was perfect, and the sun was shining.

We knew nothing about the political problems, even though we all sensed that the times were changing; I was, for instance, among the first pupils who didn't have to join the pioneers' union. But there was no internet; the state news was the only source of information. My feelings toward the country were undefined but very positive. 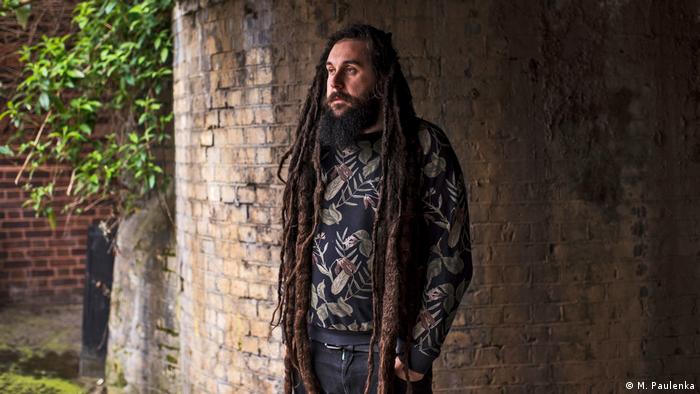 Do you remember the moment when it all changed?

I went out one morning to play football; it was 1991. I was singing a song and met with a friend of mine, and I said, "Hi," and he answered, "You're not allowed to sing that song anymore!" I asked him what he meant by that - it was a Serbian folk song - and he just replied, "You are a Serb!"

I was very confused because I didn't know what a Serb was; I was born Yugoslavian. When I came home, my mom said something like, "Forget it," but this is how the war started for me.

Why did he think you were a Serb?

Because of my surname. I was born in Dubrovnik, Croatia, and my whole family comes from that area, but my name sounds Serbian despite the fact that it's of Montenegrin origin. When my great-grandfathers left Montenegro for Vojvodina in Serbia, he had his surname changed, but no one in my family has Serbian ancestors.

When the war broke out, however, we became Serbs from a simple governmental decision. Suddenly, we were enemies to our friends and neighbors. My brother and I were physically abused all the time, people would tell us to rot in hell; special units came to our house because there was a plan in Croatia to eliminate Serbians once and for all. My mother always told me that if anyone asked me about my surname, I should just lie.

Was it possible to protest against the decision?

It was, but my parents both identified as Yugoslavians, and they were very proud of that heritage. Had they filed a protest, they would have felt like they were going against it.

I assume, then, that your family had very positive ties to Yugoslavia.

My father was a philosopher, my mother is a math teacher, and they loved the country. But they were both educated and didn't idolize it. My grandparents, on the other hand, were partisans who fought against the Nazi during World War II. They all believed in Yugoslavia - even my grandfather who'd spent three years in Goli otok as a political prisoner.

Why was he incarcerated?

After the Second World War, reporting someone for spying was a very easy and efficient way of getting rid of that person. You could just say that you'd heard them talking against Tito, and that was the end. Goli otok was Hell on Earth. But despite that experience, my grandfather was still loyal to the idea of Yugoslavia. He said that there are always going to be terrible people in the world, but he believed in the country as a whole.

Have you gone to Goli otok during your travels, too?

I have, but I am not ready to share the photos yet. I think I need to go there at least once again.

How does it feel to travel across the former Yugoslavia, visiting all the abandoned places?

It is a strange, bizarre experience. When you ask people who live nearby the buildings or locations, they say they know nothing about them - as if they never existed. Then, you're looking at all those architectural wonders that were built for the political elite of the country or to represent the superiority of Yugoslavia among other nations, and all you see are ruins surrounded by complete silence. It is scary, but I think it's fitting, too.

We, the Balkans, are incapable of having a constructive dialogue about the things of the past, in my opinion. People don't want to be reminded of their failure. One day we had a country, and the next day it was gone. Why? How? Was it all fake? Nobody knows.

Portions of Borko Vukosav's photo series "Used to Be" are being exhibited at the Format Festival in Derby, UK, from March 24 to April 23.

Kosovo is the country with the highest approval of US leadership in the world. But with the upcoming Trump presidency, Kosovars fear they will lose US support for their fragile state. Mitra Nazar reports from Pristina. (19.01.2017)

What people look like when a stranger whispers in their ear