Berlin's progressive government has announced it supports the mayor's proposal to make March 8 a public holiday. The highly symbolic initiative would make the German capital a leader in recognizing women's achievements. 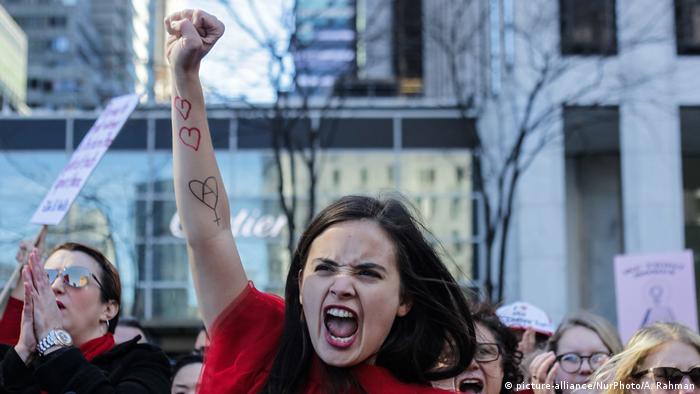 Berlin is set to make history as the first German state to declare International Women's Day an official public holiday. The move would mean that workers in the vast majority of private companies and state institutions would have the day off.

The measure, initiated by Berlin Mayor Michael Müller, has gained support in state government, with backing from the ruling coalition of the Social Democrats (SPD), Left, and Green parties. On Saturday evening, Greens leader Nina Stahr announced that "The commitment to women's rights and equality is part of the Greens' DNA. We are delighted that there is now a majority in the state parliament for the Women's Day [initiative]."

While the city-state of Berlin is only one of Germany's sixteen states, as the country's capital and by far most populous city, the move would affect millions of workers and hold considerable symbolic significance.

Far from being just another day off, "it is important for us that the day remain political," Stahr underlined. "As long as equal rights and representation are not completely achieved, we Greens will not just celebrate March 8, but rather take to the streets and fight for a more just society." 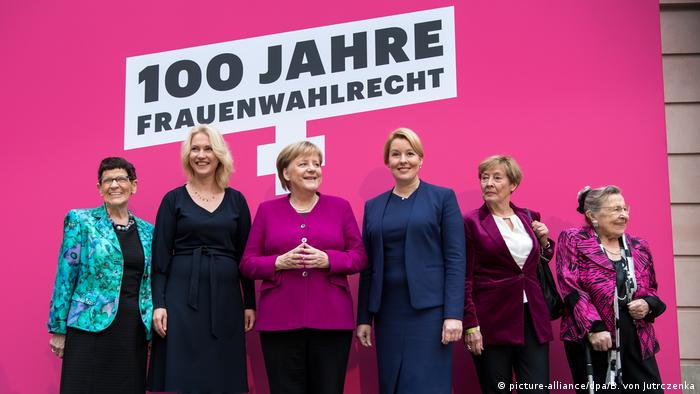 Though Germany celebrates 100 years of women's suffrage in 2018, much progress remains to achieve equal representation

Social Democratic parliamentary party chief Raed Saleh added that the holiday would incorporate the spirit of Berlin, honoring equal rights for people of all genders, backgrounds, and national origins — including those from the former East Germany, where, like in many other Eastern Bloc countries, the holiday was traditionally celebrated with even more visibility than in many western nations. "For Berlin especially, this day is the right day" to honor with a holiday.

The move came at an especially opportune time, given that Sunday, November 25 marks the International Day for the Elimination of Violence Against Women.

Backers of the measure are hopeful that the new holiday could be recognized as early as March 2019. But for that to happen, administrative measures would have to be adopted in a hurry.

"My goal is to introduce this official holiday for 2019," SPD leader Saleh told the DPA press agency. "It's tough, but doable," he said, indicating that the bill would first be introduced in a state parliamentary session on December 13 and then likely agreed to in a second session on January 24. For Berlin workers to have the day off, however, Mayor Müller warned that businesses, kindergartens, transport companies and other firms may need a little more time to prepare. But the Social Democrat was undeterred: "I am aware of the reservations, but where there's a will, there's a way."

Germany's states have the power to separately decide on official holidays, which means that Berlin, for example, has four fewer holidays than Bavaria. The states of North Rhine-Westphalia, Saarland, and Rhineland-Palatinate — which, like Bavaria, are traditionally Catholic areas — also recognize more religious holidays as official.

A century in the making

International Women's Day goes back to 1910: Set out by the International Socialist Women's Conference, held in Copenhagen that year, the day recognized women's contributions to the world. Since 1921, International Women's Day has been celebrated on March 8. It gained wider recognition after its adoption by the United Nations in 1975 and is now an official holiday in many countries, though only a handful grant it public holiday status.

It was first celebrated in Germany on March 19, 1911 on the suggestion of German Social Democrat Clara Zetkin — despite that fact that Zetkin and her female compatriots could not yet vote. 2018 marks 100 years of women's suffrage in Germany.

Ahead of the lift of a decades-old ban on women driving, a group of women have received their driver's licenses. The ban is due to be lifted on June 24. (04.06.2018)