Several recent studies have shown that Germany lags behind other rich, OECD countries in terms of female representation in the corporate sector. A new study on public companies in the country continues this trend. 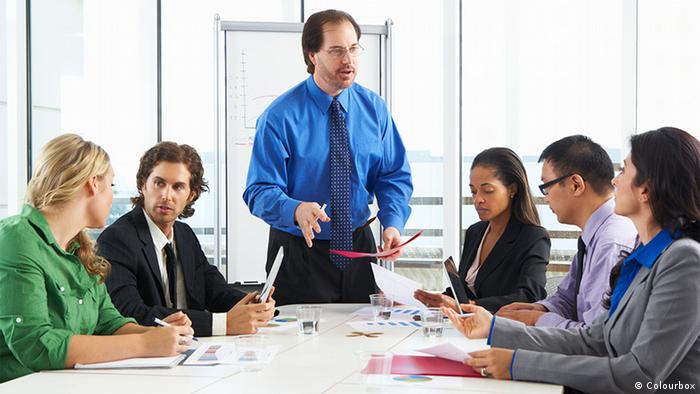 The quota of women represented on the supervisory boards of public, state-controlled companies in Germany is still less than 30 percent, according to a new study.

An investigation by FidAR, a Berlin-based women's advocacy group which aims to increase the level of female representation on company supervisory boards, found that the proportion of women on the supervisory boards of the 424 largest public companies in Germany is less than one third, at 29.7 percent.

Read more: The potential for female entrepreneurs is far from exhausted

Although the vast majority of the public companies considered in its survey do not come under this legal remit, the general point made by FiDAR is that regardless of the legal obligations depending on a company's size, Germany's public companies should do more to promote gender equality on their supervisory boards.

Several reports have highlighted the lack of female representation at the top level of the German corporate sector,including one published in May which showed that of the 30 members of Germany's DAX stock market index, just 12.1 percent of the board members on those companies were women.

Eleven of the 30 companies profiled did not have a single woman on their board.

"In Germany, finding ways of getting more women into senior corporate management positions is seen as a difficult challenge whereas in other countries, it is seen as a means of creating new possibilities," the report's editors stated.

While a law on gender representation is in place for supervisory boards in Germany, no such law exists yet for the more powerful management boards, another bone of contention in the ongoing debate over gender equality in the country.