Despite the legal foundation for gender equality, outdated gender roles still dominate daily life in Germany, writes DW's Bettina Burkart. If, as some say, equality exists, it's time for a round of pay cuts - and raises. 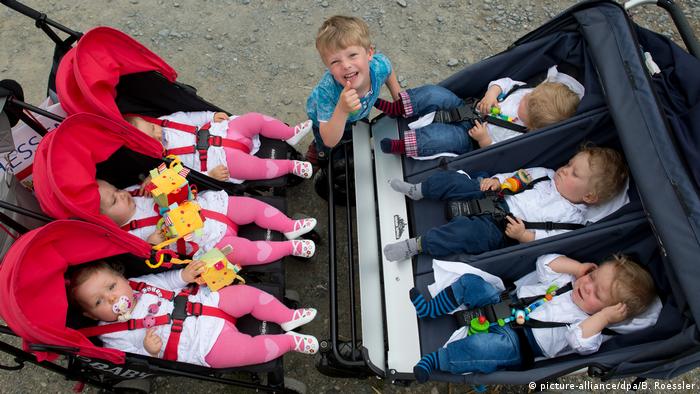 When I take a look around the world on International Women's Day, I am filled with horror.  Millions of my fellow women are fighting for sheer survival. Fighting for a life free from permanent violence, free from fear of their male surroundings. Fighting for an independent existence on a par with the male part of the population. And they are doing all this without much real hope of immediate success.

So I ask myself: Can I, a German woman, dare to complain on this March 8? In my country girls, like their brothers, are compelled to go to school. Girls accomplish more academically and graduate more often. They take up any profession they chose and - as we have seen - are even able to become chancellor.

It's true, on average they still earn about 21 percent less than their male colleagues, placing them nearly in last position compared to the other 28 member states of the European Union. Why? Because they are still mainly the ones who work in the household and care for children and parents. These jobs reduce the time they can spend in the office and eventually minimize their career chances and often make it difficult to get back into paying jobs. 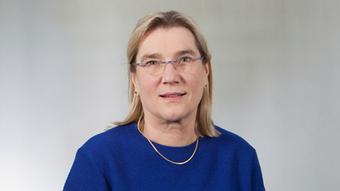 Furthermore, the so-called "female professions" pay lower wages. But even women in high positions often earn less than their male counterparts for the same work - and when they dare to complain about unfair treatment they're met with smug, grinning men who tell them they should have negotiated a better salary.

It's not as if no attempts are made to achieve actual gender equality. We've recently had the first reading in parliament of a draft law that would compel employers to make salaries transparent, on request. So a female employee who suspects her male colleague gets a higher paycheck than she does will be able to find out if that is the case. The proposal resulted in a major public discussion and a lot of people, mostly men, condemned the bill. They maintain, among other things, that it would be too expensive. Yet none can manage to explain how wage equity - women and men doing the same work and getting the same pay - could cost the economy too much. Unless, of course, someone is already getting too much.

Speaking of the economy, it has lately been playing quite an inglorious role in how we perceive gender roles. With its so-called gender marketing, it is contributing heavily to introducing girls and boys to worn out gender stereotypes from the 1950s. There are virtually no gender-neutral toys for children, so the world of the small and smallest is consequently divided into the pink and the blue. The princess must wear pink in front of a - obviously - pink toy stove, and cook up dinner for her blue-clad hero, who relaxes happily as his work day has come to an end.

Want another example? On the - light blue - cover of the book "Stories for boys learning to read," an astronaut, a pirate and a policeman are depicted romping about as future heroes, whereas on the - pink - cover of "Stories for girls learning to read," we are presented with a princess in pink caressing a pony. And these are books from in 2011 by one of the most renowned German school book publishers!

Without batting an eye, economists refer to it as "profit maximization." It's not enough to merely buy one book of professions that can be handed down to a little sister or brother. Have a son and a daughter? You'll have to shell out for both books. This nonsense deliberately ignores what science has long since proven: that such early separation into "wild boys" and "sweet girls" influences children's view on gender while growing up and for much of their lives. This may partially explain why, as a woman in Germany, you sometimes get the feeling that beneath a very thin layer of projected gender equality, society is still very much trapped in the grip of an ancient set of role models that belong to the last century.

Men and women are equal? I'll have that raise, then.

Yes, considering the situation of women around the globe, I am complaining from a privileged position, but this is the setting in which I live. I often can't help the feeling, that a large part of the male population here just barely tolerates gender equality rather than wholeheartedly supports it. If that were not the case, there would be no need for laws like the "Federal Law on Gender Equality" or the proposed bill "Law on Wage Transparency" to push society toward real gender equality - and no one would mind my demand for a 21 percent raise.

Have something to say about gender equality? Please leave your comments below. The thread closes automatically after 24 hours.

Changing the world for girls, one computer game at a time

Linda Kruse is a young German on a mission to change the world by inspiring teenage girls to tap into their technical abilities. And she's developed a game to help them. (07.03.2017)

Munich archbishop says 'Catholic Church must renew itself' 0m ago

Honduras: Xiomara Castro to be sworn in as first female president 5h ago