Changing the world for girls, one computer game at a time | Business| Economy and finance news from a German perspective | DW | 18.04.2017

Changing the world for girls, one computer game at a time

Linda Kruse is a young German on a mission to change the world by inspiring teenage girls to tap into their technical abilities. And she's developed a game to help them.

"Women in the changing world of work" is the official motto for this year's International Women's Day on March 8. As employment markets adapt to the digital realities of our day, a growing number of women will have to do more technical jobs in sectors currently dominated by men. Gaming is one such industry.

Linda Kruse designs video games for a living. Hers are no shoot-em-up or race circuit affairs, but are educational, tackling social issues like gender equality. The young Geman says she wants to change the world through characters like "Serena Supergreen", who was designed for girls aged between 13 and 15.

The adventure game, for instance, challenges players to work out how to change lamps in saltwater and freshwater aquariums. 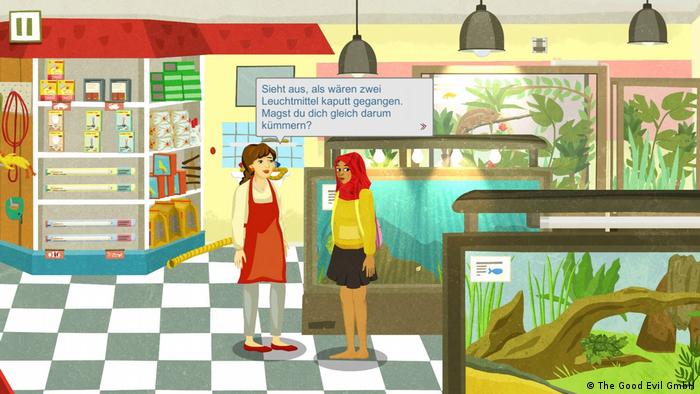 The game aims to boost girls' confidence with technology

Learning how to tackle such tasks in early teenage years is crucial. A study published last month by Washington-based KRC Research concludes that female students lose interest in the stem subjects of science, technology, engineering and mathematics at the age of 16.

In conjunction with the study, the CEO of Microsoft Germany, Sabine Bendiek, said the impeding digitalization of the economy means the world "simply cannot afford to lose female talent in the IT industry." Asked why math and science doesn't appeal to girls of 16, Bendiek put it bluntly: "It's because they don't think they're as good as boys."

A game like "Serena Supergreen" could help change that. DW's Gabriel Borrud met up with Linda Kruse at her office in Cologne.

DW: I'm looking at a picture here. What's going on? She just had to change the lamp?

Kruse: She had to change the lamps for a seawater and freshwater aquarium. And now she's asking "What else can I do?"

DW: It sounds a lot like work. Is it really fun for teenagers? Are teenagers going to play this?

Kruse: Yeah, we're working together with a few school classes to ensure the teenagers like the game and that it's fun to play. It has some aspects that are more work-related, but that's also interesting for that age because they aren't so experienced in a work environment. For them, it's more like how to dive into a job and how certain things feel. I think it's fun. No one has complained so far that it feels like work.

DW: From the smiles and cool atmosphere here, it didn't seem that you or your colleagues were really working. But at the same time, it's about more than just fun. It's about helping girls feel better about themselves.

Kruse: Usually, girls are so prejudiced from society. They're told: "No, you can't do it. You should look pretty." So they have really low self-esteem regarding technical tasks. The game shows them they can be a girl and do technical tasks. We try to show them that technical things are not magic. It's not difficult. It's something they can do and they can be very good at it. 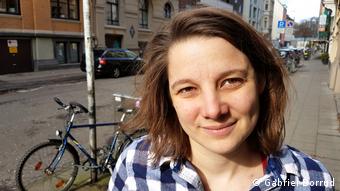 DW: And you are doing something highly technical. You design the game - coming up with an idea and implementing that. Are you on a mission? Where did the idea for this game come from?

DW: Speaking of stereotypes and gender equality, the gaming industry is very male-dominated. Would you like to see more women coming in, or does it make you feel, as one of the few women in this male-dominated field, more extraordinary or exceptional?

Kruse:  No, I would say it's time and I would really appreciate it if there were more fantastic women using their skills and working in this kind of job sector.

DW: Would it make the games better?

Kruse: Yes, definitely. It would make them more about people who are not like themselves - whereas a lot of men often focus on designing a game for themselves and not for other groups. Designing a game is all about who the game is for, and I often have the feeling that women can be more empathetic. 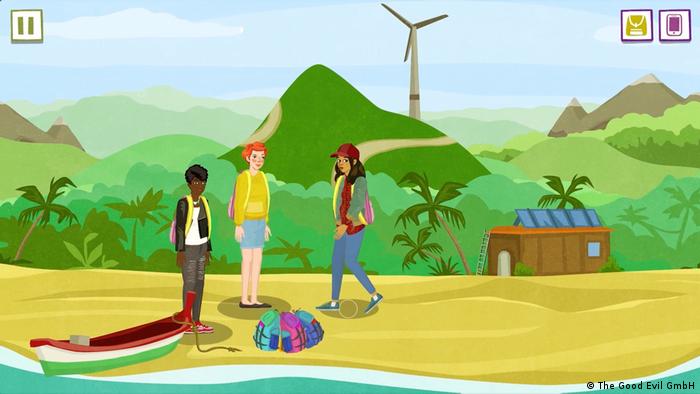 Serena Supergreen is a world of science discovery for girls

DW: The games you're designing now…are you doing your lifelong goal or your dream job. Where would like to take the industry in the coming years?

Kruse: I started the company with the idea - well, it sounds kind of bold but - that I wanted to change the world, to make it a better place. For me, information is key, so if you learn a lot and you know certain things, then you have a better perspective on the world because you're not so narrow-minded and you're more open.

DW: How do you want to change the world?

Kruse: Well, I'm not keeping track of whether five people or so have been changed. I think that if the idea is out and people have the possibility to learn, some of them will and will pass it on. Before the Internet, you didn't have access to certain kinds of knowledge or it was reserved to certain kinds of people - those who were wealthy, or literate.

Nowadays, things have changed. Information is open, but it's sometimes hard to find it. If you have a game that everyone likes to play, and you do it well and you learn something from it, then you might go onto the Internet and look up this topic and learn more. It's more about planting a seed somewhere and maybe it grows or maybe not, but the possibility that it can grow is a good chance and I'll take that chance.

The thousand-year stare: Just how blind are men to women in science and technology?

Here's the scene: 17 young scientists, holding awards. All 17 are men. There's one woman, a doctor in aeronautics - but she's handing out the prizes. Clearly she's an exception. And she's banging a drum for women. (16.09.2016)