Safer Internet Day: It′s down to you, me, kids and parents to protect ourselves online | Science| In-depth reporting on science and technology | DW | 07.02.2017

The annual Safer Internet Day is all about kids and how to protect them online. But it's about all of us, really. Parents need to know how to help their kids, and sometimes the kids can help the "olds." 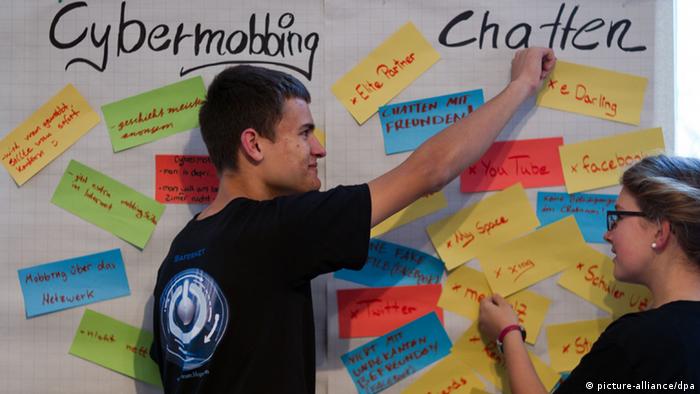 What are the threats for kids online?

Official advice on internet safety tends to focus on a few main threats. In late 2015, the UK government published measures to keep children safe online at school and at home. It includes "cyber bullying, pornography and the risk of radicalization" as major threats. It refers to "some school children, who travelled or attempted to travel to Syria, were able to access material about Daesh ["Islamic State" or ISIS] and foreign fighters via school computers."

In September 2016, the German government advice listed the same basic threats, but replaced radicalization with the risk of "gruesome, violent imagery."

And it's all true, but a bit vague, to be honest.

The United States Department of Justice (DOJ), however, dives right into the detail:

"Children may come into contact with demeaning, racist, sexist, violent, hateful or false information." The advice is dated October 24, 2016, so it can be safely assumed the reference to hateful and false information has nothing to do with President Donald Trump (or his administration's tampering of government websites).

It then skips over pornography, SPAM containing obscene material, and "file swapping programs with inappropriate and sometimes mislabeled content," before stating that "most worrisome, children may encounter actual predators that use the internet to identify and lure victims through chat rooms, instant messaging facilities, and social networking sites."

So what can kids and parents do to surf the net safely?

Well, the DOJ says that due to "first amendment rights to free speech, various types of information can be posted in the web, some of which a parent may find inappropriate for their child(ren) to view." It then goes on to recommend parents snoop on their kids, which, on one level, counters that very idea of free speech. But we are talking about protecting kids, so perhaps snooping is the only way, certainly when kids hit those secretive teen years.

While you mull that over,, let me give you more from the DOJ. It'll help you decide.

° Do not post personal information online or your picture - "it can be copied, changed or used to find you."

° Do not post your plans and activities in a chat room. Do not post entries that make it clear no one is at your home. And do not use location services - they reveal your location in real-time.

° Do not communicate with people who make you feel uncomfortable or afraid. This, no doubt, is meant to help you steer clear of cyber bullies. But bullies are predators, and sometimes simply walking away isn't enough. So what do you do then? Find someone you trust, like your parents or a teacher.

Parents, says the DOJ, should ensure their kids' computers are in a public space even in the home. This neatly ignores concealed messaging on smartphones and watches, but you get the idea.

It's also suggested you know your kids' passwords and read through their emails regularly - perhaps also follow them on social media. This is understandable up to a point, but it could have devastating effects on trust within your family. And when that trust is bust, who do you think your kids will turn to?

So try talking to your kids before spying on them. And kids, how about you share with your parents before they feel the urge to track you like a troll? For instance, if you come across images that upset you online, talk to your parents. They may not have all the answers, but it'll be better than keeping it secret. 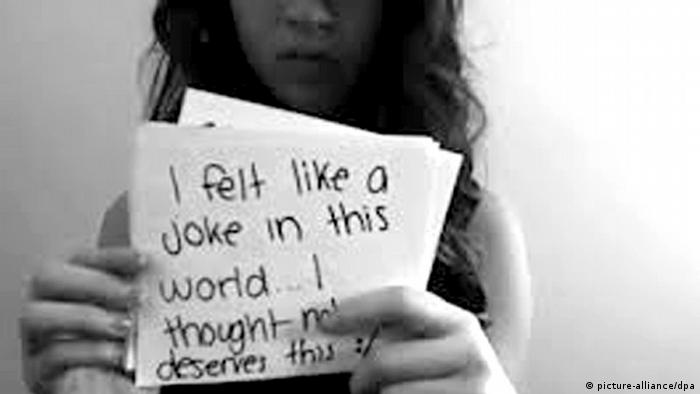 Amanda Todd, a 15-year-old and cyber bullying victim, called for help in a YouTube video before committing suicide

Yes, companies should bear responsibility, and some do. Take the UK Council for Child Internet Safety. It's worked with internet service providers and telcos, like BT and Everything Everywhere, as well as social media companies like Facebook and the makers of the massively multiplayer online game (MMO) and virtual world, Club Penguin, to produce a set of universal guidelines.

It's advice on "effective internet safety messages" for providers. Granted, it's just words, mere talk, where engagement is what's needed. But talk is often a first step.

The very same information is aimed at schools. This is vital, as increasingly education is done directly on networked, mobile devices. Teachers are on the frontline.

There's also Google's Internet Legends, which goes on tour to "educate primary school children on online safety." Its Safety Centre gives advice on managing your "online reputation." It says make smart connections and, on cyber bullying (or "cybermobbing" as it's called in Germany), it encourages you to "be an upstander, not a bystander."

And this is all well and good. But quite often parents - those people who are closest to you kids - are not the most internet-savvy people. So, sometimes internet safety has to be built in.

The German government points to two child-safe search engines: fragFinn.de, which may require extra child-protection software, and blinde-kuh.de. And klicksafe.de is an EU-driven portal with loads of information on safety online.

For advanced users among us, refraining from posting personal information is just the start. Some people protect themselves online through direct action. As Finn Brunton and Helen Nissenbaum write in "Obfuscation," there are ways to spray false, meaningless information to hide yourself in the noise, or disrupt another conversation. There are ethical issues at stake, possibly even legal ones - obfuscation can be used for good and bad. So it's to be deployed with care.

Check out a Safer Internet Day 2017 action near you.

Is the US election proving a feast for online trolls?

Politicians have long used anger, vitriol and hero-worship to shore up their camp and push people to join the fray. Now, Internet trolls have raised the game to a new level, with politicians feeding the flames. (18.10.2016)

The dangers of teenage sexting

Colorado high school students last week got caught circulating hundreds of inappropriate photos. Sexting is a trend among teenagers in Germany, too. They often underestimate the potential problems. (09.11.2015)

US Department of Justice on "Children Internet Safety"