November 25 is International Day for the Elimination of Violence against Women. Many Germans like pointing out the mistreatment of women abroad. But in truth, Germany is far from perfect itself, argues Beate Hinrichs. 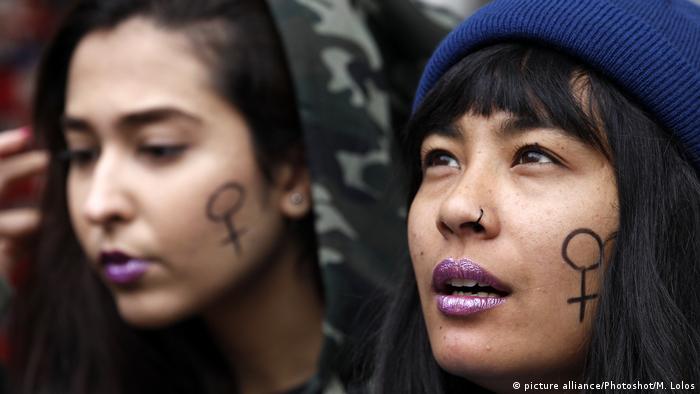 Health Minister Jens Spahn, of the Christian Democratic Union (CDU), associates "honor" killings and forced marriages exclusively with immigrants. But is that really the case?

Judging by figures presented by Family Minister Franziska Giffey, domestic violence is in fact widespread in Germany, and not only found among immigrants. Almost 140,000 victims of domestic abuse were recorded by police last year — 82 percent of them were female. The statistics show that 147 individuals died after suffering domestic violence; on average, a woman is killed every two and a half days by a violent husband, partner or ex-partner.

Many cases go unreported. But an estimated one in four women, at some time in their lives, fall victim to physical or sexual violence at the hands of their partner, according a 2004 study commissioned by the Ministry of Family Affairs. The stats also show that domestic violence is not limited to any specific societal group, class or age cohort. So the latest figures on domestic violence, though shocking, don't come as a surprise.

There is plenty of evidence that domestic violence is a huge problem in Germany. Women's shelters, for example, are at full capacity.

Each year, thousands of women need to be turned away because there is not enough space, because shelters are underfunded or not accessible to all. Germany is permanently breaching the Council of Europe convention on combating domestic violence.

Granted, women's shelters are disproportionately frequented by non-German women. But the reason for this is that they tend to have fewer financial resources and fewer personal resources on whom they can rely for help.

And yes, non-German women do in fact tend to be at higher risk of suffering violent abuse from their partners. On average, one in three non-German women are abused, according to the study by the Ministry of Family Affairs. So does a person's ethnicity or religion explain their propensity for violence? Is Islam to blame? Not at all. 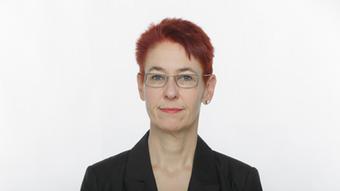 The explanation is much simpler. Men tend to use violence against women when they are unemployed, when money is tight, when the shared apartment is too small or when the future looks bleak. Immigrants in Germany, on average, are more likely to find themselves in grim circumstances like these. #

This does not justify violence against women in the slightest, but does make clear that ethnicity or religious beliefs are not the causal factors at play.

Violence against women can be found everywhere across the world, and it largely correlates with people's material living conditions.

And what about the widely publicized "honor killings" that are sometimes, though rarely, perpetrated in Germany? Those are severe crimes, without question. A study by the Max Planck Institute showed that statistically 12 such murders are committed per year out of jealousy or revenge, in order to supposedly restore one's honor.

Most media outlets, however, offer crude, simplistic explanations when such murders happen. For instance, when a Turkish man kills his wife, newspapers will label this an "honor killing." But when a German man does such a thing, there is either no report or only a tiny article that classifies the murder as a "family drama." Instead, the media should call both types of murders what they are: domestic violence, committed by men against women. Nothing more, nothing less.

Pretending that those who commit violence against women are always non-Germans is disingenuous. We should confront the truth and accept that domestic violence is a widespread problem in Germany that isn't exclusive to any particular ethnicity. And that, unfortunately, the International Day for the Elimination of Violence against Women is still a hugely important day in Germany.