The European Union and the United Nations have launched a major initiative to combat violence against women in Latin America. An average of 12 women are killed each day in the region, just for being female. 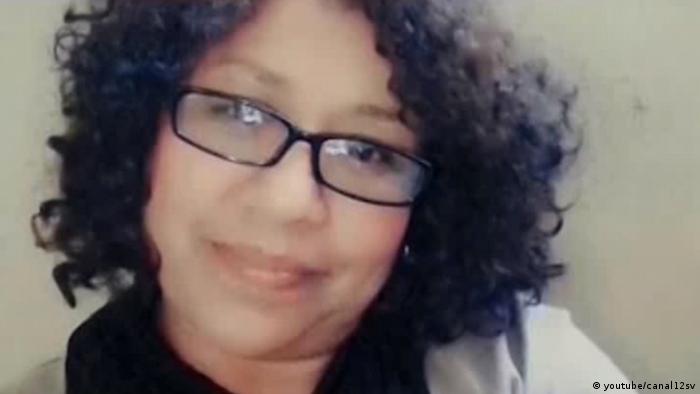 Carla Ayala Palacios was a policewoman in El Salvador. On December 28, 2017, she suddenly vanished after her unit's Christmas party. Authorities searched for many months, until her remains were discovered on a property belonging to a colleague's relatives. Her suspected killer is still on the run.

Murders like these are not uncommon in the Latin American country. "The case reminds us that we need to step up our efforts; even a single male police officer who believes he can mistreat women is one too many," said Mauricio Ramirez Landaverde, El Salvador's justice minister, at Ayala Palacios' funeral last week. Authorities have classified her murder as a case of femicide.

The term femicide describes the killing of a girl or woman simply because of her gender. It was originally coined in 1976 by sociologist Diana Russell at the International Tribunal on Crimes Against Women in Brussels.

In 1992, Russell co-edited an anthology of essays titled Femicide: The Politics of Woman Killing, which defined femicide as the attempt by men to control the lives, bodies and/or sexuality of women, who, should they reject this control, are then punished by death.

Femicide is not specifically a Latin American problem, however. Back in 2013, Margaret Chan, then director-general of the World Health Organization, warned that women are subjected to violence in countries all over the world, across all cultures and social settings. But reported cases of femicide in Latin America are especially high.

EU, UN aim to end all violence against women

At the UN General Assembly this past week, the European Union and United Nations launched a €50 million ($58 million) project to help protect women in Mexico, Argentina, El Salvador, Guatemala and Honduras from male violence. Their joint Spotlight Initiative in Latin America comes a year after the bodies began a €500-million, multi-year project to help end all violence against women and girls by 2030.

Speaking at the launch of the initiative in New York, EU foreign policy chief Federica Mogherini expressed optimism, saying that "culture can change, social norms can evolve" and that this is "a matter of education, legislation, persuasion and good example."

Mogherini added that girls and women in Latin America, Europe and across the world should never again have to live in fear.

But this ambitious initiative comes too late for Carla Ayala Palacios, who was buried on September 22 with a huge crowd of politicians and police officers in attendance. Her mother placed a sunflower on her coffin — Ayala Palacios' favorite. She can only hope that her daughter's murder will not go unpunished, as has been the case so many times in the past.

As the Hollywood-precipitated #metoo movement reverberates across society, the prevalence of sexual abuse toward women in the UK has never been more under the spotlight. Sarah Bradbury reports. (31.03.2018)