After the withdrawal of Soviet troops 25 years ago, Afghanistan plunged into a civil war causing further destruction. Many wonder how it would be this time round after NATO troops leave the country by the end of 2014. 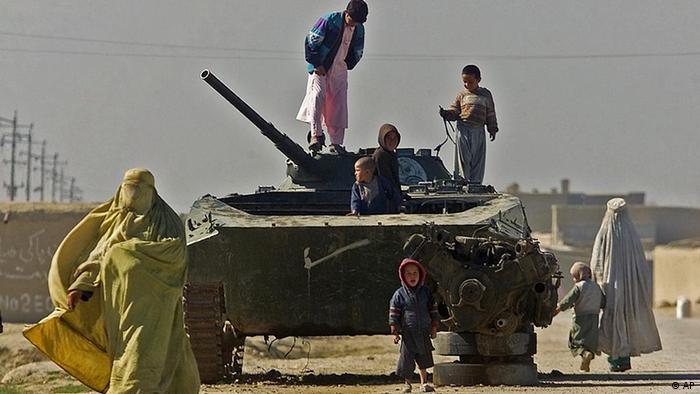 "When the Russians withdrew from our country, we Afghans were euphoric. We thought from now on we would celebrate not just two Islamic festivals a year, but three," recounts 61-year old Ahmad. But the Kabul-based teacher says that his people couldn't have sensed the disaster which was about to happen. "As Afghans began to kill each other, there was no more talk of celebrations," Ahmad told DW.

The fact that the Afghans were even willing to celebrate shows how strong their hatred for the Soviet occupiers was. The disastrous Soviet military mission in Afghanistan began during the Christmas of 1979 to support the pro-communist regime at the time in its fight against a growing insurgency. The invasion had left behind a devastated country, with more than one million Afghans being killed and around 5.5 million displaced.

Afghanistan has released 65 Taliban prisoners despite protests from the US. Experts view Kabul's move as an attempt to appease the militant Islamists that is likely to strain US-Afghan relations even further. (13.02.2014)

Pictures of the withdrawal of the last Soviet troops on February 15, 1989 across the steel "Friendship Bridge" towards the Uzbek border city of Termez were aired across the world.

Back then, Günter Knabe reported for DW on the Geneva Accords,which oversaw the withdrawal of Soviet forces. He recalls: "It was a relief and a joy that Afghans themselves could determine their destiny, it was hoped."

These hopes, however, were unfounded. Although Afghanistan, the Soviet Union, Pakistan and the US were parties to the Geneva Accords, these countries continued to support the so-called Mujahideen militarily. Moscow also provided monetary and logistical assistance to its ally, Mohammad Najibullah, until 1992. But his regime collapsed after the support ended.

A dependent Kabul - then and now

25 years after the pullback of Soviet troops from Afghanistan, NATO-led ISAF forces, which have been in the country since 2001, are scheduled to withdraw by the end of this year. Despite all the differences between the two military interventions - for instance, one was internationally condemned, while the other was approved - there are parallels and lessons.

Similar to the situation after the Soviet withdrawal, Afghanistan will once again depend on sustained external support for its survival. It is unclear whether and how long the government in Kabul will be able to stay in power without a massive foreign military presence. Afghanistan experts remain skeptical. "Without ISAF troops on the ground, the progressive forces in the country will be on their own, and I doubt whether they will be in the position to fight back against the extremists and preserve the few gains that have been made so far," said Afghan expert Knabe.

The ISAF mission takes credit for training the 350,000 strong Afghan army and police, enabling them to take over the security responsibilities in the conflict-ridden country. But according to the latest Afghan government report, the number of casualties among Afghan security forces doubled between 2012 and 2013 to around 4,600. 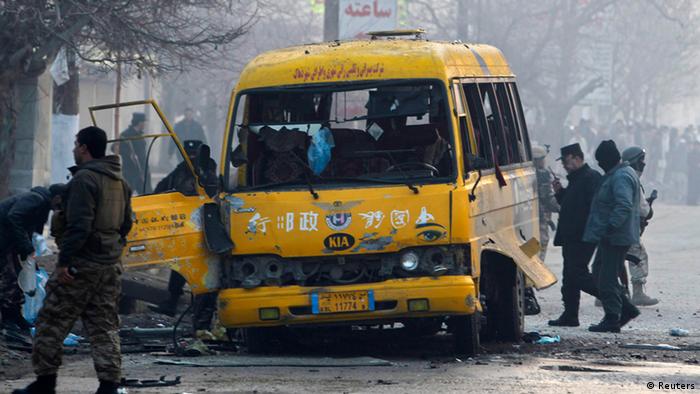 The number of civilian casualties recorded in 2013 reached almost 3,000, according to UN estimates

Furthermore, more civilian casualties were recorded in 2013 with nearly 3,000 fatalities; an increase of seven percent compared to the corresponding figure in 2012, according to UN estimates. The United Nations Assistance Mission in Afghanistan (UNAMA) declared that the rise was also partly linked to the takeover of security responsibility by Afghan forces, creating a security vacuum in some regions.

But Thomas Ruttig, expert at the Afghan Analysts Network, is not convinced that Afghan security forces will be able to provide security and stability throughout the country after the NATO withdrawal.

"The main problems with the Afghan military are its internal fault lines," he says. The ethnic composition is imbalanced, leading to people coming to areas where they don't feel at home and are regarded as strangers," he added. 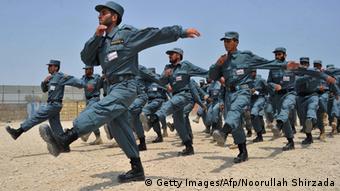 Quoting "credible eyewitness accounts" on a recent incident involving the death of civilians in Helmand province, Ruttig said that Afghan security forces had "opened fired wildly in all directions."

Another issue is that some members of the armed forces hold allegiances dating back to the time of the Mujahideen. And in some cases, Ruttig argues, these bonds are stronger than the soldiers' loyalty to the state. But Ruttig believes the third and perhaps more pressing problem is that many of the Afghan servicemen don't renew their contracts and hence have to be recruited anew every three years. "On top of that you have a high number of deserters and absentees."

After 2014, NATO wants to keep a residual force of around 10.000 troops in the country. Their aim is to train the Afghan security forces and fight militant extremists. The German army also wants to support the military training mission by providing up to 800 soldiers. However, there is one major obstacle: Outgoing President Hamid Karzai is delaying the signing of a bilateral security agreement with the United States, which is the prerequisite for all future NATO activities in the country.

Karzai has been provoking the US for some time now. Disregarding heated American protests, his government recently released 65 accused militants from a prison in Bagram, despite warnings that the men were dangerous Taliban. According to Günter Knabe, the release of the prisoners shows one thing: "Afghan forces are there and will remain there even after western troops leave the country and Afghan society is still unchanged."

By using the term "unchanged," western observers such as Knabe and Ruttig refer mainly to the rampant corruption in Afghanistan. But when in terms of the stability of political institutions, Afghan experts such as Akram Arefi, a lecturer at a private university in Kabul, are more optimistic.

He compares the current situation to the Soviet troop withdrawal of 1989. "On the one hand, the Soviets left the country at a time when it found itself affected by a power vacuum. On the other hand all Afghans and political groups were armed, which led to infighting and political rivalries. But this time it is different. Afghanistan has a functioning government," he argued. 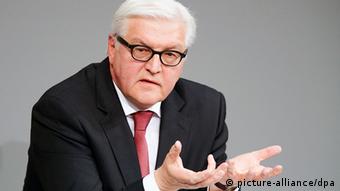 Steinmeier said Germany wanted to safeguard the achievements made in Afghanistan

Many of the "noble goals" set during the early years were not achieved, Steinmeier acknowledged. But he also stressed that Germany wanted to continue its commitment to the country and safeguard the achievements made so far.

He stressed that over the past 12 years progress had been made in the areas of education, infrastructure, basic health care and the situation of girls and women. "This is worth defending, we should vouch for it," the minister said.

Many Afghans are likely to feel slightly relieved after hearing these words. According to Akram Arefi, people are afraid that the countless aid and reconstruction projects financed by the West might be discontinued after the NATO drawdown.