NATO's withdrawal from Afghanistan in 2014 is likely to have deep implications for South Asia. Experts say tensions between India and Pakistan may intensify, if the Afghan political reconciliation process fails. 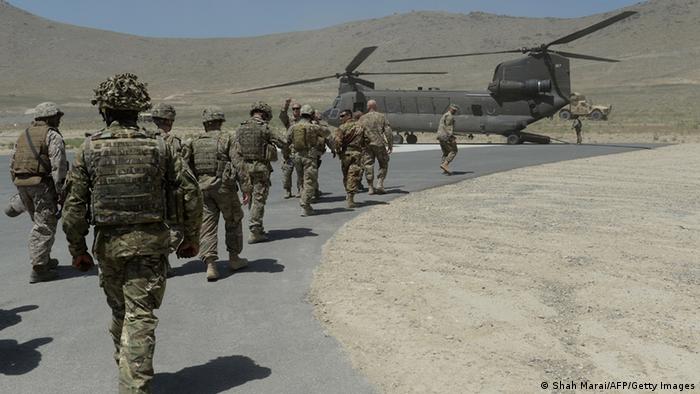 Some 12 years after the NATO invasion of Afghanistan, combat troops are scheduled to leave the country by the end of 2014. But many questions linger about the nation's future. According to experts, there are four major aspects that will play a key role in determining the prospects of the war-torn South Asian nation. These involve the number of allied troops set to remain in the country, the success of negotiations with the Taliban, the upcoming presidential elections and the willingness of neighboring countries to facilitate the Afghan reconciliation process.

But it all starts with the drawdown. According to a report by the US Congressional Research Service, the size of international forces remaining in Afghanistan post 2014 could be about 8,000-12,000 trainers plus an unspecified number of counterterrorism forces, the majority of which would be from the US.

Fears of a Taliban resurgence

"It is clear that it is going to be a very light physical footprint, with the Afghans leading the security," said Moeed Yusuf, a South Asia expert at the US Institute of Peace. He believes the Western nations will continue to invest money in Afghanistan to ensure the government in Kabul doesn't collapse and is able to hold at least the capital Kabul and other major urban areas. However, the US-Afghanistan security agreement that would keep this so-called residual force in the country is still under negotiation due to differences over how to deal with the Taliban. 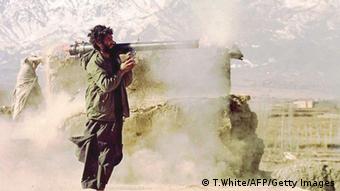 In the meantime, the situation in Afghanistan seems to be deteriorating. "There are fears that the Taliban and other insurgents will achieve success against Afghan forces once the international force is reduced substantially by late 2014," the Congressional report stated.

Some Afghan factions warn of civil war and are rearming as well as recruiting militiamen, the report added. Moreover, some elites are said to be moving their businesses and funds out of Afghanistan due to the fear of chaos and instability after the pullout.

According to Afghan Interior Minister Umer Daudzai, police deaths have doubled since NATO troops handed over security responsibility to local troops. But the attacks of extremist groups such as the Taliban are not limited to security personnel. According to a UN report, Afghanistan's civilian casualty toll in the first six months of 2013 jumped by 23 percent, compared to the same period last year. The report stated that the insurgency was to blame for 74 percent of all civilian casualties.

'A recipe for disaster'

Rolf Tophoven, director of the German-based Institute for Terrorism Research & Security Policy (IFTUS), told DW there is a large number of militants and drug lords in different parts of the country who are seeking to increase their influence by attacking Afghan security forces. "Without NATO support, Afghan troops will become incapable of dealing with these strikes," Tophoven added.

This view is shared by Michael Kugelman, a South Asia expert at the Washington-based Woodrow Wilson International Center for Scholars: "Afghanistan's armed forces are afflicted by drug abuse, illiteracy, and desertion, yet they preside over one of the world's most volatile security environments, and continue to suffer from combat-related incapacities. This is all one big recipe for disaster, no matter how much Afghanistan and its allies around the world try to sugarcoat the issue."

This is why most experts believe that in order to achieve long-term stability and peace in the country, an agreement has to be reached on how to include the Taliban in the existing political system. 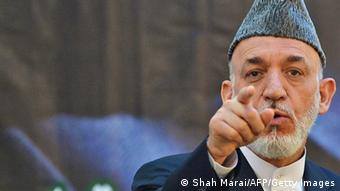 "No one is talking about whether to involve Taliban politically or not. That discussion is over. The real question is in what form and under what terms and conditions will they participate in the political process and what sort of concessions and incentives are put on the table for negotiations with the extremists," Pakistan-born analyst Yusuf said.

Analysts argue that the upcoming Afghan presidential elections are crucial for the reconciliation process with the Taliban to succeed. If the vote takes place as scheduled on April 5, it would be the country's first handover of power since the US-led invasion.

But there is still no favorite to succeed President Hamid Karzai, who is constitutionally barred from running for a third term.

Pakistan recently pledged to support Afghan President Hamid Karzai's efforts to start peace negotiations with the Taliban. But analysts doubt Islamabad is willing to bring the militants to the negotiating table. (28.08.2013)

Smruti Pattanaik, a research fellow at the New-Delhi based Institute for Defense Studies and Analyses, believes that the different ethnic groups will remain politically fragmented even after the poll, making political consolidation difficult. "If the Taliban gain the upper hand, the Afghan army will split along ethnic lines, possibly sparking a civil war," she said.

Analysts are of the opinion such a development would have a major impact on South Asia. According to historian and journalist William Dalrymple, most observers in the West view the Afghanistan conflict as a battle between the US and its partners on one hand, and al Qaeda and the Taliban on the other.

But in reality, he states, NATO troops are now caught up in a complex war shaped by two pre-existing and overlapping conflicts: one local between the different ethnic groups in Afghanistan, the other regional between the nuclear powers India and Pakistan.

The Taliban government of Afghanistan between 1996 and 2001 was never recognized by India. However, after the Taliban were ousted from power by the US following the 9/11 attacks, a major strategic shift occurred resulting in the new Afghan government becoming close to India, Dalrymple writes in an essay published by the Brookings Institution. "With Karzai in office, India seized the opportunity to increase its political and economic influence in Afghanistan."

However, the Pakistani military has always viewed the Indian presence, in what it regards as its "strategic Afghan backyard," as an "existential threat," the expert pointed out. This has led to efforts by the Pakistani intelligence agency ISI to restore the Taliban to power "so that it can oust Karzai and his Indian friends."

Political analyst Yusuf fears that if the terror activities persist in Afghanistan after 2014, they are likely to spill over into neighboring countries, and warns that Afghanistan could become "a staging ground for an Indo-Pakistani proxy war." 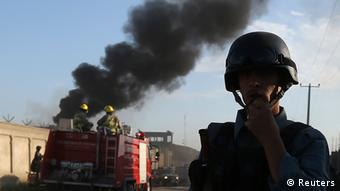 Imtiaz Gul, director of the Islamabad-based independent Centre for Research and Security Studies agrees. He is of the opinion that the decade-long struggle between the two countries for strategic influence and foothold in Afghanistan will further intensify.

"Bilateral relations are already plagued with mistrust, and if both countries cannot get on the same page on Afghanistan, ties will see further tensions and acrimony, ultimately hampering the Afghan reconciliation process."