As ISAF troops prepare to leave Afghanistan next year, a new UN report blames insurgents for a sharp rise in civilian deaths. Experts say the Taliban are employing increasingly bold and deadly tactics. 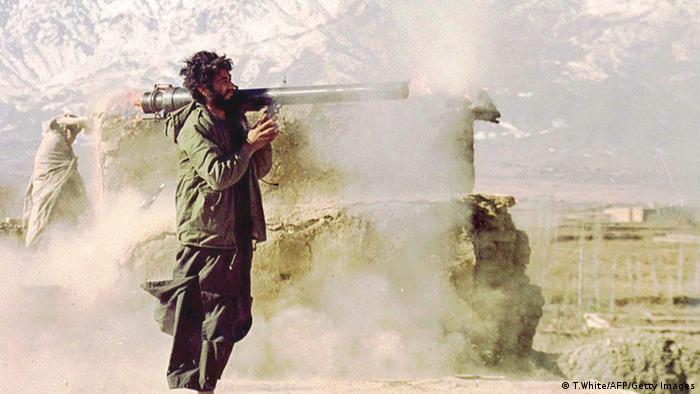 "We were out on patrol in the volatile province of Baghlan, when we suddenly heard gunfire coming from an adjoining street. We hit the ground, as we had learned in training, but it didn't take long for us to return fire. The assault ended just as suddenly as it had started. However, the insurgents had mingled with passers-by, making it impossible for us to distinguish them from the civilians."

The accounts of German Lieutenant Christian B., who has served in Afghanistan as part of the ISAF mission, provide insight into one of the Taliban's preferred guerrilla-style tactics: the ambush. Experts believe the adaptability of their combat is what makes the militants so dangerous."Their strategies have become increasingly brutal and sophisticated," says Rolf Tophoven, director of the German-based Institute for Terrorism Research & Security Policy.

And their attacks have also turned deadlier, as the Taliban are increasingly targeting civilians in a bid to regain the control over territory from the departing US-led coalition forces. According to a recent UN report, Afghanistan's civilian casualty toll in the first six months of 2013 jumped by 23 percent, compared to the same period last year.

The report stated that the insurgency was to blame for 74 percent of all civilian casualties. Most of the casualties are said to have been caused by so-called improvised explosive devices (IEDs). Experts say the homemade bombs have also become one the Taliban's main weapons when fighting international and Afghan government forces.

However, the Taliban, which in Arabic means students (of Islam), are not a homogeneous fighting group. Marvin Weinbaum, an Afghanistan expert at the Washington-based Middle East Institute explains they are mainly a network of local insurgencies operating in both Afghanistan and Pakistan, using the Taliban "brand." 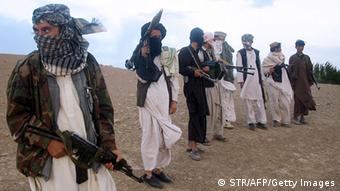 The Taliban consist of several factions in Afghanistan and Pakistan

They constitute a generally diverse force of fighters who mount operations across most of Afghanistan, Weinbaum explained. They are "mainly concentrated in the eastern and southern provinces" but "fighters also cross from safe havens in Pakistan."

When the US invaded Afghanistan in 2001, the Afghan Taliban was ousted from power. Some of them stayed put and some went to Pakistan, creating the Quetta Shura, which operates under Mullah Omar. Other groups of the Pakistani Taliban emerged and are now loosely organized under the structure of Tehrik-e-Taliban Pakistan (TTP).

The Taliban do not operate under a command structure similar to that of nation's army. "The evidence points to an insurgency lacking tight organizational control. Most operations occur independently, planned and executed by local commanders," Weinbaum added. The closest any of the insurgent groups come to a coherent fighting force is believed to be the largely autonomous Haqqani Network in North Waziristan. The group, led by Sirajuddin Haqqani, is responsible for many of the high profile attacks in Kabul and elsewhere.

The Taliban have been readjusting their combat tactics. "The targets are military and police installations and softer targets" says Weinbaum. The attacks are designed to cripple or co-opt local authority structures and intimidate villagers. For instance, the extremists rarely mount conventional assaults on heavily defended positions anymore. Instead, they increasingly rely on sniper fire, suicide bombers and roadside bombs. 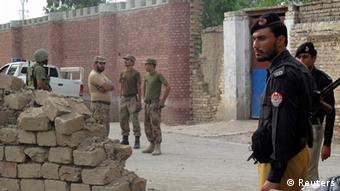 And they are becoming bolder. Just hours before Pakistani lawmakers began voting to elect a new president on July 30th, the Taliban launched a massive attack on a prison in the northwestern town of Dera Ismail Khan. Up to 40 gunmen dressed in police uniforms bombed the outside wall of the jail and opened fire on the security guards, managing to free at least 250 of their comrades, including some who had been considered to be dangerous terrorists.

Experts believe that a key aspect of how the Taliban wage war is their ability to study their opponents. Tophoven points out this has been true for both past and present military campaigns: "They have access to Soviet-era and US military manuals that help them understand the enemy," Tophoven explained. They are also believed to rely on a vast network of local informants to keep a close watch on the movements of foreign troops.

But while the Taliban's knowledge about foreign forces may come in part from manuals, their fighting skills and experience come from decades of warfare. "In many areas of Afghanistan, being surrounded by violence is a major part of growing up. Many people belonging to Taliban groups learned to fight and use their weapons at a very young age, says Michael Kugelman, a South Asia expert at the Woodrow Wilson International Center for Scholars. The predominantly Pashtun movement emerged in the early 1990s after the Soviet Union withdrew its troops from Afghanistan.

'The Taliban are an organized fighting force'

A new UN report blames the Taliban for a sharp rise in violence against civilians. In a DW interview, Afghanistan expert Kristian Berg Harpviken examines the structure, tactics and aims of the militants. (09.08.2013)

Pakistan has elected a new president but experts are skeptical about the new government's ability to deal with the Taliban, who have proved their might again by raiding a jail and freeing nearly 250 of their comrades. (31.07.2013)

Civilian casualties in Afghanistan have risen sharply in the first half of this year, a UN report says. While roadside bombs were the big killer, increasing conflict between insurgents and security forces was also cited. (31.07.2013)

After defeating the Northern Alliance in a bloody civil war, the Taliban rose to power in Afghanistan in 1996, creating an austere regime that, among other things, forced women to wear fully concealing burkas and banned television, music, dance and photography.

But the government was toppled by a US-led military coalition after the Taliban's refusal to take action against Osama bin Laden's al Qaeda network, believed to be behind the attacks on the US on September 11, 2001. However, the US-led intervention and subsequent regime change also paved the way for the militants' relentless campaigns which have lasted to this day.

Although they are supported by foreign fighters from Uzbekistan and Chechnya, most Taliban fighters are believed to be recruited from the madrassas (religious schools) and refugee camps dotting the Afghanistan-Pakistan border.

Taliban raids are not confined to attacks on foreign fighters. The group has launched attacks against anyone or anything not sharing its views. These include government offices, mosques, hospitals and schools, Kugelman pointed out. A prominent example is the case of Malala Yousafzai, a Pakistani teenager shot by the Taliban for promoting education for girls.

Despite the brutality of the attacks, the Taliban also seek to win hearts and minds and have had considerable success in recruiting fighters through financial incentives. Most of the sources of financial support within Afghanistan are believed to come from taxing drug trafficking, payoffs from foreign forces for protection of assets, and smuggling goods. 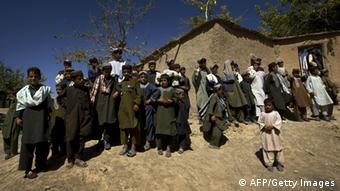 Local support plays a key role in the Taliban's strategy

The movement has remained resilient in the region, rendering vast parts of Afghanistan insecure and often operating under parallel governance structures.

Weinbaum believes local support, which is also gained by intimidation and physical force, has become crucial to the Taliban's strategy, in particular because the Kabul government is not perceived as legitimate by many locals.

Another reason for Taliban's resilience lies in the support they reportedly get from neighboring Pakistan. "Just as before the 9/11 attacks, the Taliban continue to receive training, funding, munitions and supplies from the Pakistani Intelligence Agency, ISI," Tophoven told DW.

This view is shared by many analysts, including Matt Waldman, from the Kennedy School of Government at Harvard University. In a discussion paper titled "Sun in the Sky" Waldman writes: "Directly or indirectly the ISI appears to exert significant influence on the strategic decision-making and field operations of the Taliban; and has even greater sway over Haqqani insurgents." The Pakistani government has repeatedly denied the allegations.

Furthermore, Waldman accuses the ISI of having operated training camps for Taliban recruits, and "facilitating the supply of funds, equipment and arms from Gulf countries." Analysts explain the Taliban play a key role in Pakistan's efforts to maintain a political influence in Afghanistan and counter India's increasing clout in the war-torn country. 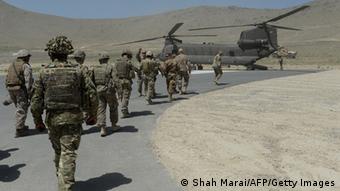 Despite plans to hold peace talks, distrust between the Taliban and the Afghan government remains high. "The Taliban feel they have plenty of time, and expect they will be able to mount larger scale operations once most foreign troops have departed", says Weinbaum, adding that the extremists are also counting on the Karzai government to lose credibility in the coming years and for its security forces to begin to fracture along ethnic and regional lines.