Civilian casualties in Afghanistan have risen sharply in the first half of this year, a UN report says. While roadside bombs were the big killer, increasing conflict between insurgents and security forces was also cited. 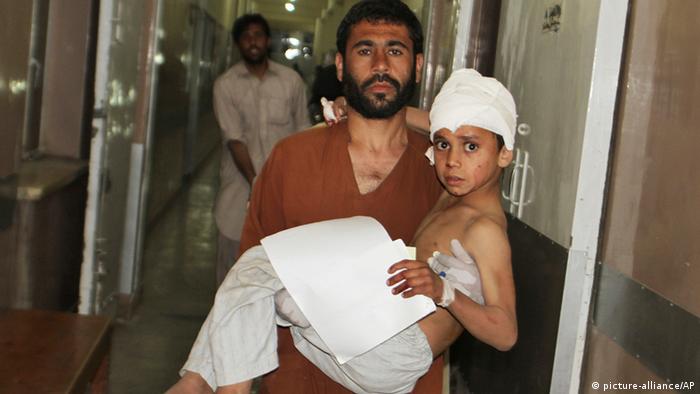 The United Nations reported on Wednesday that the number of deaths and injuries among civilians had risen by 23 percent during the first six months of the year, compared with the same period 12 months earlier.

Figures released showed that there had been 1,319 civilian deaths and 2,522 injuries in the period leading up to July. This broke down to a rise of 14 percent in the fatality figures and an increase of 28 percent in the number of injuries.

The statistics contrast with those for the same period last year, which showed a decrease in civilian casualties between 2011 and 2012.

"The rise in civilian casualties in the first half of 2013 reverses the decline recorded in 2012, and marks a return to the high numbers of civilian deaths and injuries documented in 2011," the UN said.

According to the UN, 74 percent of the casualties were caused by insurgents while nine percent were attributed to pro-government forces. While 12 percent were said to have been caused during ground fighting between the security forces and insurgents including the Taliban, the rest were unattributed.

Roadside bombs were the major cause of death, the report said, although the risk to civilians of ground combat represented “an increasing threat.”

The number of attacks by insurgents has increased since Afghan security forces took over security responsibility from the NATO-led International Security Assistance Force (ISAF) last month.