A resilient insurgency, rampant corruption and a weak government - one year before the NATO drawdown in Afghanistan, many doubt local forces will be ready to ensure security. DW examines the success of the ISAF mission. 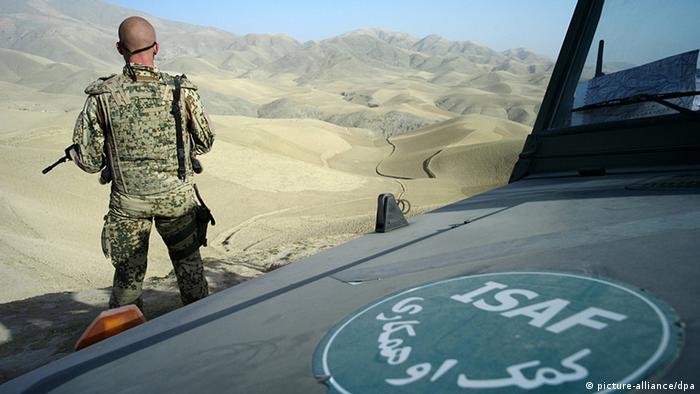 "On the security front, the entire NATO exercise was one that caused Afghanistan a lot of suffering, a lot of loss of life, and no gains because the country is not secure." These are the words of Afghan President Hamid Karzai, criticizing NATO in a BBC interview published on October 7 for failing to bring stability to Afghanistan in over a decade after the US-led invasion of his country.

These claims, however, were sharply rejected by NATO Secretary General Anders Fogh Rasmussen who said in a press conference that the war-torn country has come a long way in the past decade: "The changes have been remarkable, and our investment in lives and resources has been unprecedented. Nobody can deny that. And these efforts should be respected."

The primary objective of the ISAF mission has been to enable the Afghan government to provide "effective security" across the war-torn nation and develop forces to ensure that the country can "never again become a safe haven for terrorists." However, only one year before the scheduled pullout of international troops, most experts agree the results are mixed.

Some argue that accomplishments such as the killing of al Qaeda leader Osama bin Laden and the denial of Afghanistan as a safe haven for his terrorist network by toppling the Taliban regime are enough to regard the mission as a success. But others point out that some of the initial successes of the mission are in danger of being reversed and that NATO will simply be handing the Afghans a "stalemated" war.

"The Taliban may not be in power, yet they threaten to retake it. The insurgents already have de facto control over key areas of Afghanistan, particularly in the south and east," Michael Kugelman, a South Asia expert at the Washington-based Woodrow Wilson International Center for Scholars, told DW. And though al Qaeda no longer has a sanctuary in the country, it continues to enjoy shelter in neighboring Pakistan - in fact, much of the al Qaeda presence in Afghanistan simply gravitated into Pakistan, Kugelman added.

The international community has paid a high price for its 12-year involvement in Afghanistan. According to data collected by the Brookings Institution, more than 3,300 coalition troops have died since the invasion began in October 2001, with the US - the largest troop contributor - bearing the brunt of the casualties (2,156). Moreover, it is estimated that the war has cost Washington alone more than USD 660 billion thus far, of which more than USD 56 billion have been spent on equipping and training Afghan security forces.

Both the high human and monetary cost of the NATO-led ISAF mission have led many to raise questions about the purpose and achievements of the military intervention, particularly since the security situation in Afghanistan remains volatile, with civilians increasingly bearing the brunt of the conflict. According to the UN Refugee Agency UNHCR, the Taliban and other insurgent groups have changed the focus of their attacks from international troops to locals and are now targeting civilian leaders in order to intimidate and control communities in rural areas. 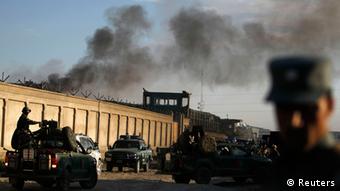 In the first six months of 2013, the UN registered a 23 percent increase in the number of conflict-related civilian deaths. Moreover, casualties among Afghan police officers are reported to have doubled since ISAF handed over security responsibility to local forces. The fighting has also led to 590,000 internally displaced people, a 21 percent increase since January and more than four times the number in 2006, according to UNHCR.

'One big recipe for disaster'

The escalating violence raises doubts about the ability of local security forces to deal with the insurgency and enforce the government's authority across the country. Kugelman believes a part of the Afghan forces remains deeply troubled, as they continue to be afflicted by drug abuse, illiteracy, desertions and combat-related incapacities. "These armed forces preside over one of the world's most volatile security environments. This is all one big recipe for disaster, no matter how much Afghanistan and its allies around the world try to sugarcoat the issue."

Vanda Felbab-Brown, a senior fellow in the Foreign Policy program of the US-based Brookings Institution has a similar view: "Afghan troops continue to suffer from deeply inadequate logistical, sustainment, and other support capabilities and are also deeply pervaded by corruption, nepotism, and ethnic and patronage fissures," she said. The situation would "inevitably deteriorate" as NATO troops withdraw, Felbab-Brown told DW.

However, the analyst indicates that in spite of the extensive casualties and logistical problems suffered by Afghan troops, they have proved strong and resilient in tactical fighting against the Taliban. “The insurgents cannot expect any quick victory after 2014, unless Washington fails to sign the crucial bilateral security agreement with Kabul and the foreign donors stop financing Afghan security forces.”

Although the international community has promised to continue to support Afghanistan after the pullout through training, advisory and financial aid, many key questions remain unanswered. For instance, it is still unclear how many "residual troops" will stay in the country and what their mission will be. Furthermore, a key security agreement between Afghanistan and the US is yet to be concluded due to disagreements over the issue of jurisdiction for American forces.

A number of improvements

Despite the many shortcomings, some experts say that security improvements in some parts of the country - especially in and around the capital Kabul - combined with financial and development aid have led to considerable progress in the living conditions of millions of Afghans. This has enabled a surge in school enrolment from 1 million to 7.8 million children. Moreover, progress has been made regarding the situation of women, with the number of girls getting an education surpassing 2.8 million and a quarter of all seats in the country's parliament being reserved for female politicians.

Although Afghanistan remains one of the poorest countries in the world, its economy has experienced a rapid expansion - admittedly from a very low starting point - with real gross domestic product averaging 9.2 percent between 2003 and 2012, according to the World Bank. 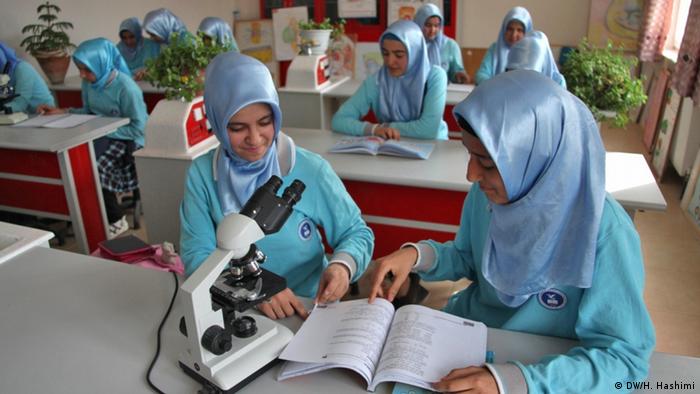 "There have also been a number of improvements in terms of communication, transport infrastructure and health services, most of which have been achieved with the support of NATO contributing nations such as Germany which invests up to 430 million euros (around USD 580 million) a year in civilian reconstruction activities," said Rolf Tophoven, director of the German-based Institute for Terrorism Research & Security Policy (IFTUS).

Will the gains be sustained?

Just months before the scheduled withdrawal, the lack of security remains the predominant concern among Afghans. In a 2012 survey conducted by the Asia Foundation just over half of Afghans (52 percent) said their country is moving in the right direction, as they expressed deep-seated concerns over jobs, education, public services and political participation.

The future of this South Asian nation post 2014 remains unpredictable. Corruption is still rampant at all levels of the state apparatus, including in the government which has suffered a legitimacy crisis after allegations of widespread fraud during the 2009 vote. 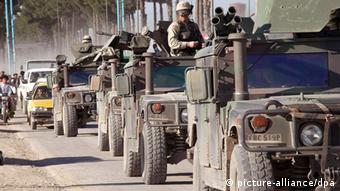 "The Afghan government is seen as rapacious, abusive, exclusionary and indifferent to the plight of the people," said Felbab-Brown. Against this backdrop, the analyst believes the way the presidential elections in April unfold will be crucial, if the next government is to be perceived as legitimate by all Afghans and the reconciliation process with the Taliban is to succeed.

Afghanistan continues to face enormous challenges, but the country is widely believed to be a better place now than it was before the invasion. "The ISAF mission has led to roads being built, girls' going back to school, and flourishing markets. Yet the biggest measure of success will be if these gains are sustained in the coming years, after international forces have withdrawn," said Kugelman.

Reporter Friedericke Böge with a personal take on the Afghan pullout