What′s behind eastern Germans′ empathy for Russia? | Germany | News and in-depth reporting from Berlin and beyond | DW | 27.05.2022 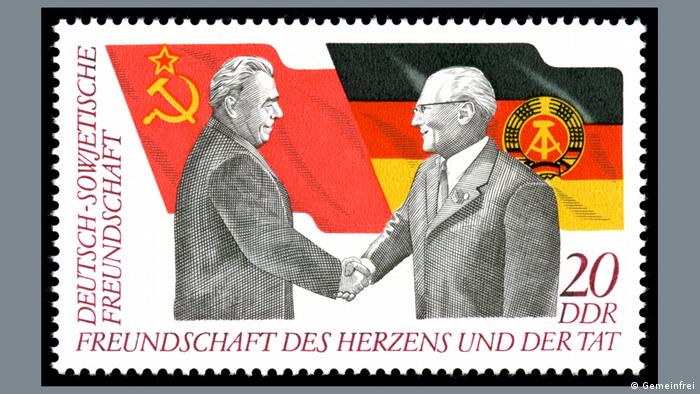 In the former GDR, friendship with the Soviet Union was celebrated

Wolfgang Weisskopf, head of the local Erfurt branch of the Christian Democratic Union (CDU), wants to make one thing clear from the start. "Ukraine must be fully supported," he tells the 15 party members gathered around a U of tables, "by all means up to the threshold of a world war."

Exactly what that might mean is left in the air, but then again that isn't the point of this meeting, happening on a hot May day in a room above an old-style pub in the cathedral square of this medieval eastern German city.

Weisskopf's disclaimer is necessary because everyone is here for a talk by Martin Kummer, chairman of the Thuringia German-Russian Friendship Society, a man for whom life has been prickly in the last few weeks. He's received his share of angry emails, though he shrugs them off without much thought: "Nothing, really, just people calling me a Putin-understander and so on." 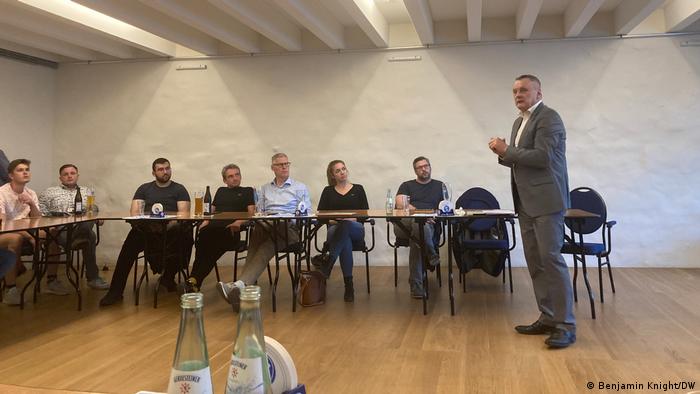 The title of his talk is "Russia's invasion of Ukraine: What should we prepare for?" and its theme is the importance of maintaining civil society ties with Russia, especially during the war. The 68-year-old Kummer, himself a Christian Democrat who spent 16 years as mayor of his small hometown of Suhl, laments the war and opposes ending partnerships with Russian towns.

Though he approves of the course that Chancellor Olaf Scholz has taken over the past few weeks — sanctions on Russia, arms deliveries for Ukraine — he was disappointed when Foreign Minister Annalena Baerbock said energy imports from Russia would end "forever." He thinks it's vital to consider a time when this war is over. After all, he says, where would Germany be now if relations had not been repaired after World War II?

That's also Weisskopf's rationale for hosting the event, which he's at pains to make as uncontroversial as possible. "Maybe I'm naïve, but for me, Russia is part of Europe, as Ukraine is too, and I believe that long-term peace is only possible if you communicate at a human level," Weisskopf told DW. Still, it's a little odd that, of all the main German parties, it should be the conservative CDU, the party that has been the most bullish about providing weapons to Ukraine, that should organize invite Kummer to speak.

But then CDU branches in former East Germany have to deal with more uncomfortable alliances than their national party fellows. The political fringes aren't so fringe around here. In Thuringia, the CDU is unofficially propping up a minority government led by the socialist Left Party, because the other option would be to make an alliance with a far-right Alternative for Germany (AfD) led by a quasi-fascist named Björn Höcke. 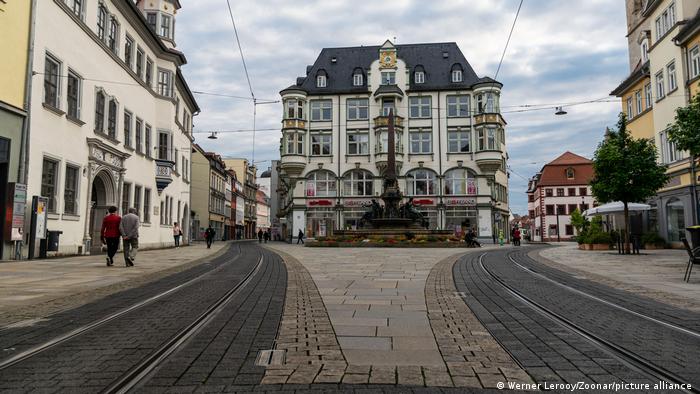 Similarly, even though Kummer is an old CDU friend, Weisskopf is aware that some of Kummer's associates in the friendship society might have had different historical allegiances. "Of course, the German-Russian Friendship Society used to be the German-Soviet Society, and there were old communists in it," he says. "But we didn't book the society itself, we booked Dr. Kummer."

Those roots occasionally surface on the society's website, which parrots some terms from Russian state media: Ukraine's Maidan Revolution of 2014 is described as a "putsch" and Germany's public broadcasters are accused of inciting "Russophobia" and even violence against ordinary Russians in Germany.

On Russia's World War II Victory Day on May 9, the society also published President Vladimir Putin's Red Square speech in its entirety on its website, without comment or context. "I'm in favor of publishing things authentically and completely," Kummer told DW. "I don't agree with presenting shortened versions and commenting on them. It isn't propaganda just to publish the speech."

But then why did the society decide against publishing Ukrainian President Volodymyr Zelenskyy's Victory Day address? "We could put that speech up, I take that point," Kummer says. "But we don't claim to offer complete truth. We're not a news agency, we're a voluntary organization." 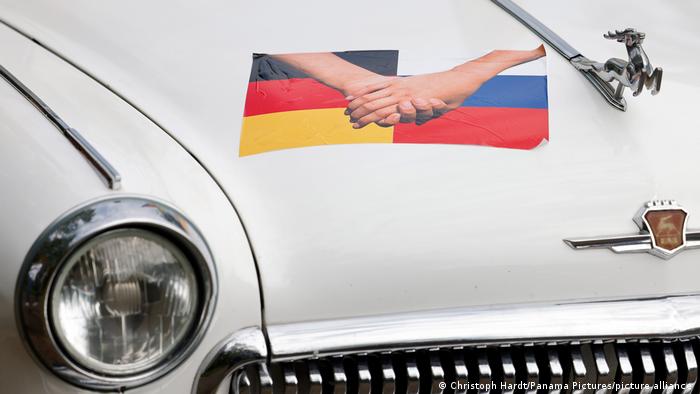 Kummer is old enough to remember a time when "for us, NATO and the West was the enemy." "I didn't really know any Russians, but I had no contact at all with Americans, British or French people," he remembers.

But Stefan Garsztecki, a politics professor at Chemnitz University in eastern Germany, says those attitudes have changed in recent weeks. "Since the beginning of the war you virtually don't hear it anymore," he told DW. "Before you heard a lot: 'Yeah, the Russians are right, NATO has been moving closer and closer to Russia.'"

There are historical reasons why eastern Germans aged over 50 might have a certain sympathy for Russia. They lived in a communist country that enforced friendship with the biggest country in the Soviet Union: Russian was taught at school and Russian culture was at least as present in the East as US culture was present in West Germany.

"The older eastern Germans I know talk about the common historical experiences they had, and about the Soviet people they met, which for western Germans was virtually ruled out," said Garsztecki. "And I do think that to a certain extent that has been passed on in the family memory."

Garsztecki also thinks that this sense of a common experience continued into the 1990s when both Russia and eastern Germany struggled to deal with their post-communist freedoms.

"The transformation was very chaotic in Russia, people felt there were no rules, and a lot of East Germans had a similar experience," he said. "No one in eastern Germany wants the GDR back, all the surveys show that, but there was a strong sense that the discourse, the pattern, the models were all being imposed by West Germany, and a lot of especially older people suddenly lost their social status."

That sense of grievance, of not being treated as an equal partner by the Western powers, was strong in Russia in the 1990s too, he argues.

Less emotional are the economic ties that still bind eastern Germany closer to Russia rather than the West. Thirty-two years after reunification, there are still no DAX-listed German corporations headquartered in eastern Germany, but there are major economic operations that depend on Russian trade, such as the Nord Stream pipeline on the Baltic coast and the PCK oil refinery in Schwedt on the Polish border.

Obviously the areas around both of these would be massively affected by the fossil fuel embargo on Russia that many Europeans now demand. This has triggered a certain déjà vu for eastern Germans. "There is a feeling of: 'We suffered economically during the transformation in the 1990s, and now we have to suffer again,'" said Garsztecki.

Kummer, meanwhile, has his own history to look back on since he took over the chairmanship of his German-Russian Friendship society in the mid-1990s. He can remember a time when old communists tried to take over civil societies like his, many of them people he knew. "Some people left the society when I took over," he recalls. "They didn't want anything to do with a CDU man."