Will the war in Ukraine spell the end of neutrality for certain states? | Europe | News and current affairs from around the continent | DW | 02.05.2022 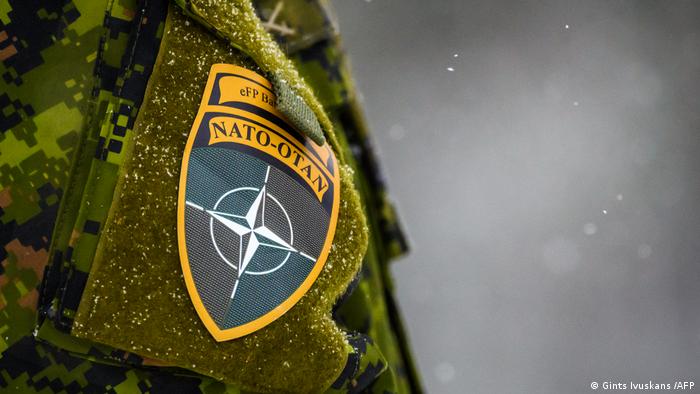 "It's their decision," said NATO Secretary-General Jens Stoltenberg late last week. "But if they decide to apply, Finland and Sweden will be warmly welcomed, and I expect that process to go quickly."

Both countries have long considered themselves neutral, but the war in Ukraine could push them into the arms of the North Atlantic Treaty Organization military alliance. And they aren't the only European countries questioning their status in view of the current threat from Russia. DW has an overview.

Switzerland is considered to be the very embodiment of the neutral state. In 1815, Swiss representatives promised to stay out of conflicts and not to provide mercenaries to any one side. In return, European powers assured Switzerland they would not engage in any conflict on Swiss territory. "This is guaranteed internationally and thus represents the strongest neutrality that even exists," said historian Michael Gehler of the University of Hildesheim, near Hannover.

Even with the ongoing Russian attack on Ukraine, the Swiss government has remained unwavering in its neutral status. It has said it will not supply weapons, nor will it provide Swiss ammunition for German tanksto be sent to Ukraine.

But Gehler did point out a major difference: "The participation in sanctions against the Russian Federation, against top representatives such as [President] Putin and [Foreign Minister] Lavrov, and not just against oligarchs — that's new. Switzerland has never done that before."

Austria declared permanent neutrality in 1955, a prerequisite for the withdrawal of Allied troops after World War II.

The status has softened somewhat in recent years, and Austria has taken part in joint military exercises with NATO members. "However, Austrian government officials have not shown any willingness to abandon neutrality and join NATO so far," said Gehler, adding that most of the population supports this stance.

However, the war in Ukraine has also had an impact in Austria, and the government is looking to boost the army and improve its capabilities.

Ireland declared its neutral status after gaining independence from the United Kingdom in 1921, and maintained it throughout World War II. The vast majority of the Irish people remain opposed to NATO membership, though that debate has intensified in recent weeks.

Irish Prime Minister Micheal Martin has repeatedly made clear that the country is neutral militarily, but on the side of Ukraine both politically and morally.

Though not a member of NATO, Ireland — like Austria — is a member of the European Union, which states in its mutual defense clause that "if a Member State is the victim of armed aggression on its territory, the other Member States shall have towards it an obligation of aid and assistance by all the means in their power […]."

Though Sweden's neutrality has never been enshrined in its constitution, the Scandinavian country has not been involved in a conflict since the beginning of the 19th century.

Since joining the European Union in 1995, Sweden has described itself as a non-aligned state but it does take part in joint maneuvers with NATO.

The Swedish government has clearly positioned itself regarding Russia's invasion of Ukraine, and is providing Kyiv with arms, including anti-tank weapons. Since the start of the war, there has been much speculation as to whether Sweden, alongside Finland, will soon apply for NATO membership.

Former Finnish Prime Minister Alexander Stubb told DW at the end of March that Finland was not in NATO "yet," but would file an application to join NATO "not in days, or in weeks, but within a few months."

He said the number of Finns who supported joining the alliance had risen in the polls in recent weeks. Finland shares a 1,300-kilometer (800-mile) border with Russia, and only declared independence from the country in 1917.

"The Finns have been able to preserve this independence with a relationship with Moscow that was always accommodating," said Gehler.

But "Russia is not the neighbor we imagined," Finnish Prime Minister Sanna Marin said recently. She has been actively advocating joining NATO, and has clearly positioned her country on the side of Ukraine, providing the government in Kyiv with weapons.

Cyprus initially struggled to condemn Russia's aggression, because thousands of Russians live in Cyprus and many oligarchs have invested billions on the island.

However, the government has now taken a tough stance against the Russians on the EU sanctions list and has even retracted certain "golden passports" that had been granted to Russian oligarchs.

Cyprus has been providing humanitarian aid to Ukraine, but no military equipment.

The same is true for fellow EU member state Malta, where the debate on whether to maintain the neutral status or not has intensified. It has stopped selling "golden passports" to Russians.

In 1994, three years after gaining independence from the Soviet Union, Moldova enshrined its neutral status in its constitution. By doing so, it hoped that Russian troops would no longer enter its territory. However, the Kremlin continues to station soldiers in the breakaway region of Trans-Dniester, which is under the control of pro-Russian separatists. 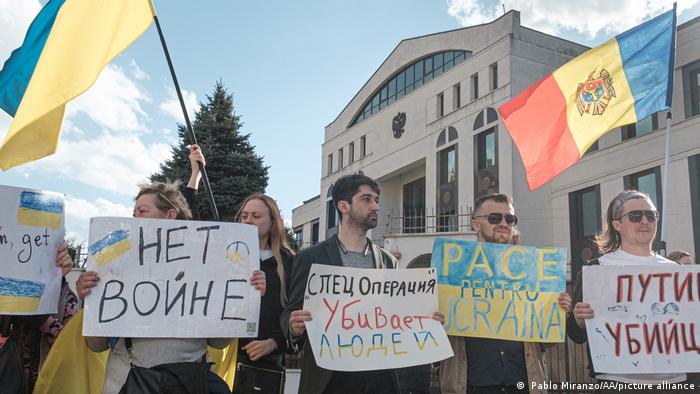 Moldovans, scared they could be Russia's next target, have called for peace in Ukraine

After a recent series of explosions in Trans-Dniester, there are now fears in Moldova that Russian President Vladimir Putin is looking for an excuse to invade. The small country shares more than half of its border with Ukraine, and has already taken in thousands of refugees.

Moldova applied for EU membership on March 3, 2022. But NATO membership seems off the table as long as there are Russian troops in Trans-Dniester.

Almost three decades after the Bosnian war, the situation in Bosnia-Herzegovina remains unstable and there are still fears that Russia could intervene.

The country is a NATO partner, and has long hoped to join the alliance. However, one of its entities — Republika Srpska, which supports Serbia and Russia — outright rejects NATO membership.

Serbia, which is officially neutral, has traditionally always had strong links with Moscow and holds joint military maneuvers with Russia.

"For President Aleksandar Vucic, there is no question of joining NATO," said historian Gehler. The country has not forgotten the NATO bombing of 1999, and still resents Kosovo's independence.

And while there have been efforts to join the European Union, "the pro-Russian stance is not likely to change in the near future," he said.

Ukraine: Could neutrality really be an option?

Russia has demanded that Ukraine rule out NATO membership. But even neutral countries in Europe are now considering joining the military alliance.

Is NATO finally in Finland's future?