Karl Nehammer is the first European leader to visit Moscow since the conflict in Ukraine began. He said the talks with Russian President Vladimir Putin gave him "no optimistic impression." 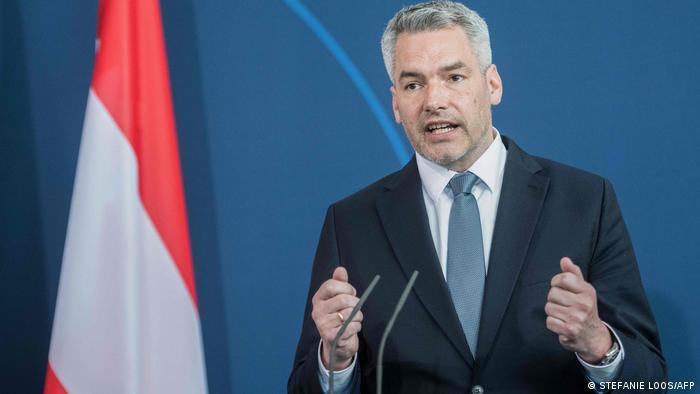 Nehammer called the talks "direct, open and tough" after meeting with Putin in his residence in the Novo-Ogaryovo neighborhood of Moscow.

The Austrian chancellor emphasized that the trip had not been a "friendly visit," adding that he had brought up the issue of war crimes in Bucha and other places and stressed that "all those who are responsible will be held to account," Austrian media reported him as saying.

Nehammer said he had come away from the talks with "no optimistic impression."

He said the Russian military was preparing a fresh offensive in eastern Ukraine. "This battle will be fought with vehemence," he said, urging civilians in the contested areas to escape the fighting.

The Austrian premier also said had told Putin sanctions would remain in place — and would even increase — as long as Ukrainians are being killed.

Visit to tell the 'truth'

The aim of the meeting was to tell the Russian president "the truth" about the war, Austrian Foreign Minister Alexander Schallenberg said ahead of the talks.

"It makes a difference to be face to face and tell him what the reality is: that this president has de facto lost the war morally," Schallenberg said upon his arrival for talks with EU counterparts in Luxembourg earlier on Monday.

"It should be in his own interest that someone tells him the truth. I think it is important and we owe it to ourselves if we want to save human lives."

Austria's foreign minister said Nehammer was taking "very clear messages of a humanitarian and political kind" to the meeting with his opposite number in the Russian capital. The visit is aimed at mitigating "the humanitarian hell" notably by pleading for "humanitarian corridors," Schallenberg said.

While "this is not an EU-mandated trip," Nehammer informed key EU leaders of his plan in advance, Schallenberg said.

He added that Nehammer decided to make the trip after meeting Ukrainian President Volodymyr Zelenskyy in Kyiv on Saturday. 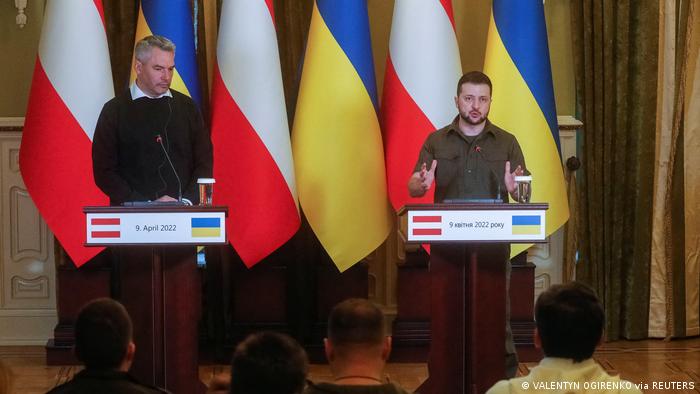 Schallenberg said: "We don't want to leave any opportunity unused and must seize every chance to end the humanitarian hell in Ukraine."

"Every voice that makes clear to President Putin what reality looks like outside the walls of Kremlin is not a wasted voice."

Schallenberg said that Nehammer and Putin will meet one-on-one without media opportunities.

The visit has been welcomed by German Chancellor Olaf Scholz. Berlin supports any "diplomatic efforts" to end the war in Ukraine, Christiane Hoffmann, a government spokesperson, said on Monday.

Putin and Nehammer plan to focus on the conflict when they meet but they may also discuss issues relating to gas supply, Kremlin spokesperson Dmitry Peskov said Monday, according to the Interfax news agency.

DW correspondent Alexandra von Nahmen on the latest from Kyiv