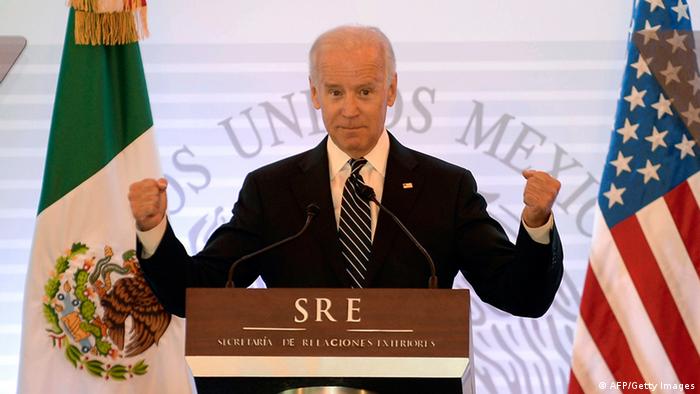 Two out of three Latino votes went to Joe Biden in the presidential election. This is not the only reason why expectations of Joe Biden are high, however. As Barack Obama's vice president, Biden was the main emissary to Latin America, and in the early days of the US presidential campaign he made it clear that he wanted to focus more attention on Latin American policy.

Above all, experts expect him to take a more cooperative approach than Donald Trump: "He will be far more invested in the region's prosperity and its capacity to confront challenges ranging from organized crime to natural disasters," writes Michael Camilleri of The Dialogue, a Washington-based think tank.

Biden has appointed Juan Sebastian Gonzalez, a native Colombian, as his national security adviser for the Western Hemisphere. Together, they will have their hands full addressing the region's problems. The following are the most important issues:

Ostensibly, migration is certainly the Latin American issue on which the outgoing and incoming presidents differ most clearly. Trump would have preferred to stop all immigration to the US, while Biden promises to give the so-called Dreamers — people who immigrated illegally as children — the opportunity to become US citizens.

But for the US, the greater problem by far lies south of the border with Mexico, where millions and millions of people dream of a better future in the north. And anyone expecting Biden to roll out the red carpet for them is mistaken. Two Biden advisers made that clear in a written interview with Spain's EFE news agency at the end of December: "The migrants and asylum seekers should in no way believe that the border will suddenly open." Biden does, however, plan to process asylum cases more quickly and allow more applicants into the US than in the Trump era.

The new administration also plans to do more to fight the root causes of mass migration by earmarking 4 billion US dollars for efforts to help Latin American countries fight poverty and crime within their own borders. The funds will go to specific projects and be made conditional on an adherence to recognized legal standards.

In addition to Mexico, the focus will be on the region's so-called "Northern Triangle," comprising Guatemala, El Salvador and Honduras. This involves several political challenges, according to Stanford University's Harold Trinkunas. "The Guatemala government has shut up the UN-backed anti-corruption commission CICIG, the government in El Salvador is acting more and more authoritarian and the president of Honduras is allegedly connected to international drug trafficking," he said.

The situation in Mexico will also be no walk in the park. President Andres Manuel Lopez Obrador's non-confrontational approach to dealing with drug cartels, whose excesses of violence have forced countless Mexicans to flee their homes for fear of losing their lives, has been anything but successful, according to Shannon O'Neil from the Council on Foreign Relations, in a podcast interview with the US magazine America's Quarterly. In addition to this, a new law in Mexico also makes it harder for the two countries to work together on security issues, he says. 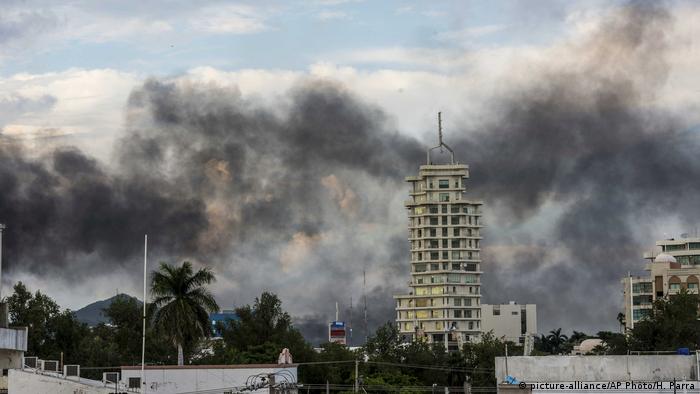 Mexican cities are often hit by crug cartel violence, as here in Culiacan in 2019

Stanford University's Trinkunas is also skeptical as to whether Biden's immigration strategy will work, especially after similar efforts under Barack Obama failed. "Biden had a similar approach as vice president, and I don't see new ideas here that would raise hopes," he said.

The most urgent problem at present continues to be the coronavirus pandemic — both the medical toll it has taken on the region and the devastating effect it has had on global trade and on the already weak economies of many countries in the region.

More economic support for the region from the US is not expected. What is likely, however, is help when it comes to distributing vaccines.

According to Trinkunas, the US government is interested in two things: "There is an overall sense that Latin America is still an important trading partner. Also, concerns that a prolonged health crisis in the South could drive even more people north might play a role here."

Chuck Call, an expert on Latin America at the American University in Washington, DC, added that there's also the matter of Washington's soft-power rivalry with China and Russia, as both countries are offering to provide the region with vaccines.

Facing up to China

Biden views China's growing influence in Central and South America as a danger to America's national security and has criticized the Trump administration for failing to confront it properly. But here, he seems to be ignoring the fact that this development has been gaining momentum over the last 10 years and that he himself, as vice president under Obama, did little to slow it down, either.

Currently, Mexico is the only large country in the region with strong economic ties to the United States. For the rest of the region, China is the biggest trading partner — with many countries being completely dependent on Beijing economically. Ecuador, for example, exports nearly 100% of its oil to China.

China could now use this power, just like in Africa, to sway votes within the United Nations in its interests, according to Call. But America doesn't just have to stand by and allow this to happen, he said. "Donald Trump has shown that the US still has some leverage, for example by imposing trade restrictions," Call said. In addition to this, Call said, the West should work together through the International Monetary Fund and the World Bank to counter China's investments in the infrastructure of the region. 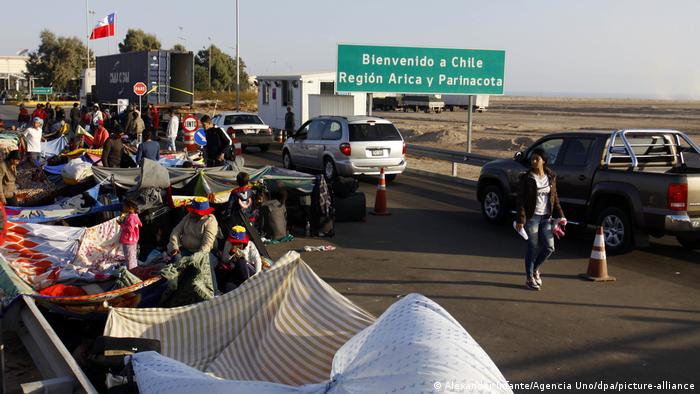 Venezuela, a US foreign policy conundrum for decades, is isolated, its fleeing masses putting pressure on the whole region

What to do with Venezuela?

Desperation, widespread crime and terrorist acts by armed militias loyal to the government have forced millions of people to flee Venezuela. Although the majority of asylum seekers seek refuge in neighboring countries, the effects are still felt in the United States. And then there is the drug trade in the Andean region, which the US believes uses Venezuela as a transit country to the north with the direct support of the government there.

Biden, like leaders of other Western countries, hopes to see democracy reinstated in Venezuela.  The only question many are asking is, how?  During the administration of George W. Bush, Washington slapped sanctions on members of the government of President Hugo Chavez over their involvement in the international drug trade. Additional sanctions were issued during the Obama administration for human rights abuses.  And the Trump administration issued further sanctions against the country's state-owned oil company, PdVSA.

In addition to this, both the US and the EU supported the country's political opposition, and not just by recognizing the former parliamentary speaker, Juan Guaido, as the country's interim leader. "We have tried a lot, but nothing has worked," according to Chuck Call, who concludes, with some resignation: "Actually, there are no easy answers."

Normalization of relations with Cuba

Many observers were optimistic about efforts during the Obama administration to improve relations with Cuba. Cubans living in exile in Florida didn't all welcome them, however, with the majority of them voting for Trump in the last election.

Trump was quick to turn back the clock on normal relations with Cuba when he took office in 2017 and just recently, before leaving office, he made sure to return Cuba to the list of countries that officially support terrorism.

President Biden is going to have no easy task continuing with efforts to improve relations that were capped in early 2017, according to John Kavulich, the president of the US-Cuba Trade and Economic Council, because Trump had partly justified his move by citing Cuba's connections with Venezuela. Kavulich told British broadcaster BBC that the US Congress might well even move more toward adding Venezuela to the list of countries that support terrorism rather than removing Cuba from that same list.