The US is in a state of crisis, both economically and culturally. Joe Biden is taking office with a promise to restore humanity to the presidency. 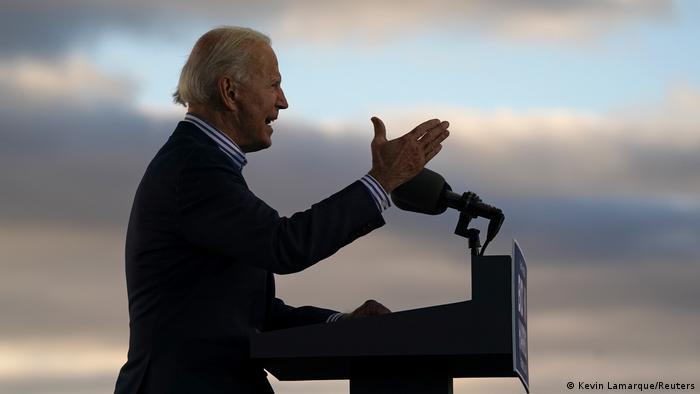 When Joe Biden addresses Americans during the COVID-19 pandemic, he often takes the time to express his sympathy. In the United States, around 400,000 people have died from the disease.

In late October, the now President-elect Biden talked about the coronavirus crisis while in his hometown of Wilmington, Delaware. "My heart goes out to every single person who has had to endure the agony of saying goodbye to someone they loved and adored over video chat, who couldn't gather their closest friends, even their close family, to grieve together at a funeral mass or funeral service," he said.

Biden aimed to send a message opposite that of outgoing President Donald Trump, who told Americans that they should not let COVID-19 "dominate" them and there was no need to "be afraid" of it. 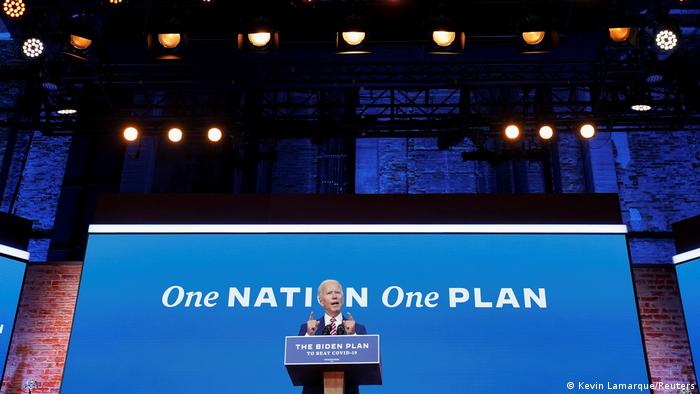 Biden, on the other hand, has encouraged people to wear face masks and to take social distancing seriously, and he hasn't shied away from sharing grief with strangers. He knows what it feels like to lose a spouse, to bury a child — he almost quit politics because of it. Twice.

The first time was in the winter of 1972. He was only 29 years old when he decided to challenge Delaware's longstanding Republican senator. With family members filling many campaign staff roles and despite having little money, Biden won the November election. Just a few weeks later, he suffered a tragedy that changed him forever. His wife, Neilia, and their 1-year-old daughter Naomi died in a car crash that also left their sons Beau and Hunter badly injured.

Though Biden wanted to resign, he was persuaded to take office and was sworn in at the hospital where his sons were being treated. The young senator commuted between Wilmington and Washington. His sister, Valerie, moved into his home to help with the children. She stayed until 1977 when Biden married Jill Jacobs, with whom he had a daughter, Ashley. 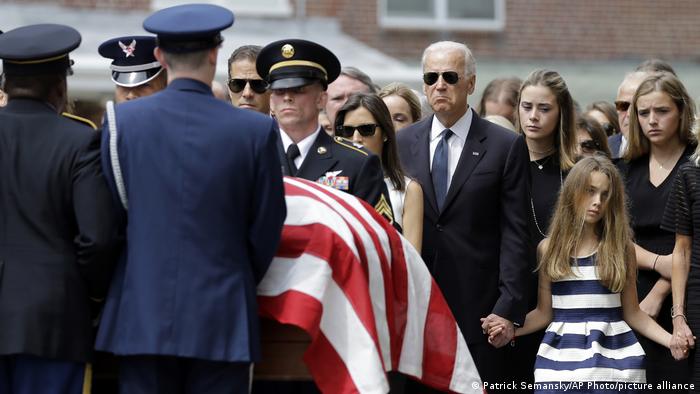 In 2015, Biden watched as an honor guard carried the casket of his son, Beau, who died of brain cancer in 2015

The second time Biden nearly quit politics was decades later. In 2015, Biden was vice president and working with then-President Barack Obama to pass the Affordable Care Act, which made health care accessible for millions of low-income families. While Biden was trying to ensure others got the care they needed, his oldest son Beau died of a brain tumor.

Biden, who had planned to run for president in the 2016 election, decided that he needed time at home instead to be with his family.

A few days before his time as vice president came to an end, Obama awarded Biden with the Presidential Medal of Freedom. "To know Joe Biden is to know love without pretense, service without self-regard, and to live life fully," Obama said. Biden and his wife, Jill, connected with voters on the campaign trail

The times are calling for a 'Slow Joe'

The fact that Democrats picked Biden as their presidential candidate — instead of one of the younger or non-white candidates who shared the debate stage with him — was not surprising, according to Mitchell S. McKinney, a University of Missouri professor whose research focuses on presidential debates and rhetoric.

"It's the times," says McKinney. "It's the context. It's what we're dealing with and grappling with as a nation."

He perceives Biden to be a "reasonable and steady-as-you-go, comforting, empathetic" politician — just the opposite of Trump, who likes to call his opponent "Slow Joe."

Biden's victory is a clear "indication of what the nation was yearning for now in terms of leadership," said McKinney. "We have done quite a pendulum swing from this most unorthodox, unpresidential president to one of the quintessential inside Washington [politicians]." 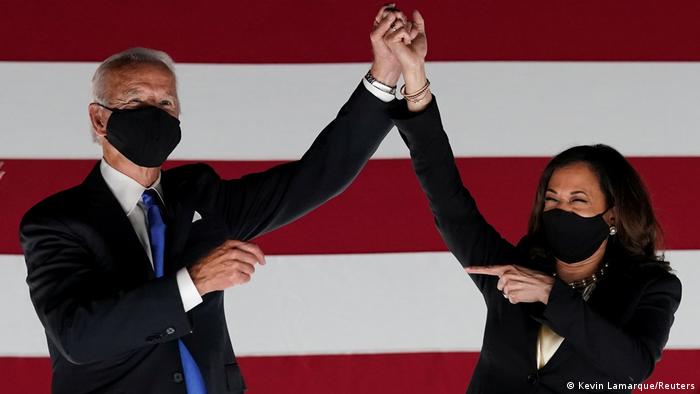 Kamala Harris, who will serve as vice president, co-sponsored the Green New Deal

Biden is known for working well with people who might not agree with him. "He's a man of the Congress; he was around it a long time and he gets along with everybody," political analyst Bruce Buchanan told DW.

"It's hard to find anybody in DC who really dislikes Joe Biden. He's got a reputation in Congress for years of working very well with Republicans and not being an ideologue and also of being a very likable, friendly fellow," said Buchanan, a professor at the University of Texas in Austin's department of government.

But since Biden's election win, dramatic events that unfolded ahead of his inauguration illustrated again just how divided the US really is. The storming of the US Capitol on 6 January and Donald Trump's subsequent historic second impeachment, for inciting an insurrection, shows that Biden's first days in office will be anything but smooth sailing.

Depending on the issue at hand, Biden might get caught between compromising with Republicans and pleasing progressive Democrats. While he never officially endorsed the Green New Deal, his plans to tackle the climate crisis sound very similar.

Kamala Harris, who will serve as vice president, co-sponsored the Green New Deal and called on Congress to implement a 10-year government-driven mobilization to decarbonize the economy. She has also backed job retraining and social and environmental justice.

Buchanan believes if Biden "pushes hard on something like climate change, environmental activism, there will be pushback." But on the other hand, he said, Biden is a "pragmatic politician."

This article has been updated with news developments.

Donald Trump and Joe Biden sparred for the last time before election day. Though both candidates had their moments, experts said Trump fared better with an unusually calm performance. An analysis by DW's Carla Bleiker.