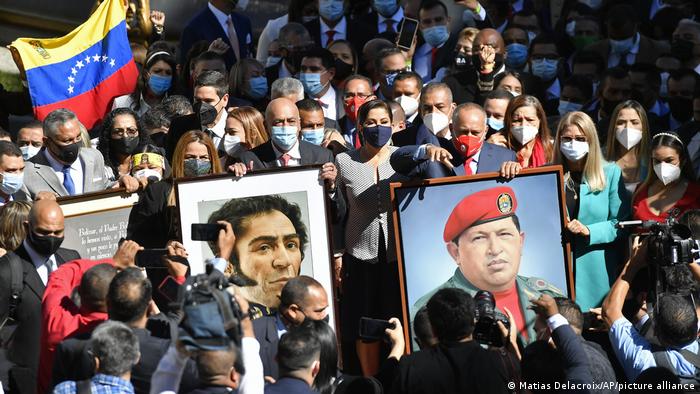 President Nicolas Maduro's socialists took their 256 seats in Venezuela's 277-seat National Assembly at its inauguration Tuesday, snuffing five years of opposition hopes of holding on to seats taken by landslide back in 2015.

Congress' replacement head Jorge Rodrigez claimed the Socialist Party had won a "constitutional mandate" in December's election. The vote was boycotted by the party of opposition leader Juan Guido, who in 2019 proclaimed himself interim president rivaling Maduro.

Guido, backed by the outgoing US Trump administration and some 50 nations, held a rival parliamentary session online on Tuesday — incorporating exiled anti-Maduro lawmakers. He vowed to launch a "diplomatic offensive" to negate the socialist-held congress.

A tweet from Guido's team said police had surrounded his Caracas house as congress' oldest member Fernando Soto Rojas declared the new assembly constituted. It had been the last major institution not yet grasped by Maduro. 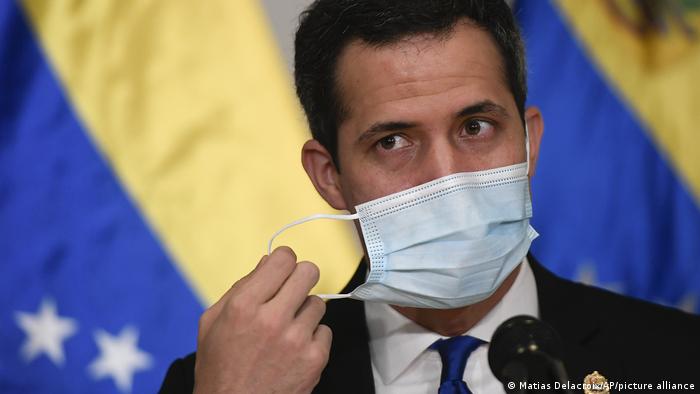 While Maduro extends his grip on power, including Venezuela's military with ties to Cuba, Russia and Iran, Guido's ally Gaby Arellano said she foresaw a new round of repression.

"We're at the start of what looks like a very dark, new phase," said Arellano.

Leading Maduro's socialist bloc in parliament will be party boss Diosdado Cabello, who is widely seen as the second most-powerful figure in Venezuela.

Political scientist Benigno Alarcon from Venezuela's Andres Bello Catholic University told the French news agency AFP that he did not think Guido's bid to uphold a duality of power would continue much longer.

Maduro had "control of the country through force," said Bello, now extending to all state institutions, underscored by the opposition's failure to muster large numbers for protests around the December 6 election.

Incoming US President-elect Joe Biden has repeatedly labeled Maduro a dictator but has not laid out detailed policy on how he plans to deal with oil-rich Venezuela.

In December, when only 31% of the country's 20 million eligible voters turned out, the EU slammed the election as undemocratic, while the US and the Lima Group of American countries called for an international rejection of the declared returns.

Opposition lawmakers have lambasted moves by the new constituent assembly to oust the legislature. But the assembly's president said they're moving into the legislative palace by "complying with laws of the republic."

US offers $5-million reward for arrest of Venezuela chief justice

The US has imposed new sanctions on Venezuelan Chief Justice Maikel Moreno and offered a bounty of $5 million for his arrest. Washington accuses the judge of taking bribes — charges Moreno says are based on lies.